How a ‘Brexit’ Could Hurt the U.S.

As Britain moves closer to deciding if they’ll leave the EU, how much damage could a British exit inflict on the American economy? 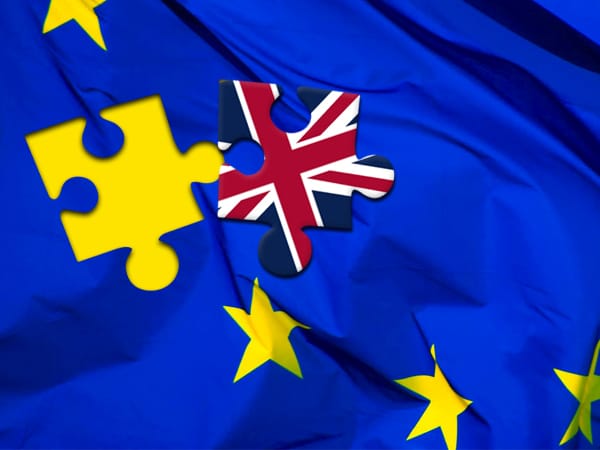 Do you know what the “Brexit” is? Should you care? I say, yes, you should care a great deal.

This one thing could significantly impact your financial future.

Brexit is shorthand for the United Kingdom (Britain) exiting the European Union, an organization they joined thirty years ago with hopes of a better economic and secure future for all Europeans. It hasn’t really worked out that way.

Britain has received some economic rewards, but they aren’t happy about losing their sovereignty and having to follow edicts from a far away capital in Brussels.

They are also angry about uncontrolled immigration into the United Kingdom. A recent study concluded that if Britain stayed in the EU, the UK would have to spend hundreds of millions of pounds to build seven more prisons to hold all the migrant criminals flooding into their country.

A recent poll has shown a seventeen point lead for those wishing to depart their union with the Continent. Although these polls are suspect, the fact is that the race — to be held on June 23 — is too close to call.

But again, why should this matter to you, as someone in the United States? I’ll tell you why; because, the loss of Britain to the EU could possibly set the entire Eurozone currency project on fire. After Britain leaves, more could follow.

This type of fallout would seriously weaken the credibility of one of the major global reserve currencies, the euro.

Yes, the world also has the dollar. But, it also has the yuan — that is, if you want to trust the communist, totalitarian Chinese government with your money.

The dollar is, by far, the cleanest shirt in the dirty pile of global currencies. BUT, we owe $19 trillion, on our way to $30 trillion in a heartbeat. Our total liabilities, including those unfunded, approaches $100 trillion.

No matter how you slice it, that’s a lot of money — too much money for us to ever pay back.

So if Britain does indeed vote to leave the EU, how will people react, and what will they put their money in? Many experts suggest a flight to commodities and precious metals, like gold.

“It’s not just one risk right now… We have got several risks, so when you start adding them up, it could be that additional risks will sway some investors to add exposure to gold or maybe revisit gold… The outcome is by no means certain yet.”

Hansen, who has covered gold and precious metals since 1999, believes that bullion may jump to as much as $1,400 this year. He adds that a winning vote for the Brexit could call into question the future of the euro project, saying, that “may leave gold in a good position.”

So, you see, the upcoming Brexit vote is a big deal. It could have unforeseen consequences that no one sees coming. It could start a domino effect across the European continent that could spread into our financial sandbox.

There is so much debt and financial irresponsibility already baked into our fiscal cake and the Brexit scenario, if it comes to pass, could start a landslide of financial uncertainty that will make 2008 look like a kindergarten picnic.

In any event, as we have pointed out many times, gold has been an asset that people consider worthy of storing value throughout history.

It’s important that your savings are protected from any economic calamity, and gold has the ability to do that. If you have any questions or concerns about gold and other precious metals, give us a call today.

Could trillions in corporate debt push the U.S. into another recessions? Read more here.