How High Can Gold Prices Go? 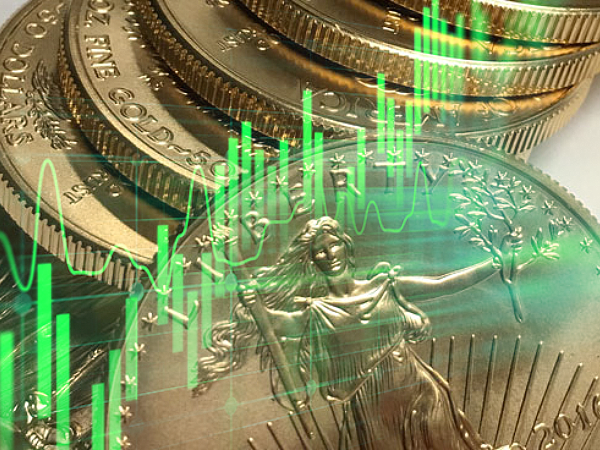 This week, Your News to Know rounds up the latest top stories involving gold and the overall economy. Stories include: How high can gold go, Russia, China and Turkey are moving central bank gold purchases to a new record, and expert says gold could hit $10,000 in five years.

Why is gold up and how high can it go?

As Forbes contributor Naeem Aslam notes, the stock market isn’t letting go of the reins of its longest bull run in history, now going on for 11 years. Yet despite this, investors have found gold just as alluring, as evidenced by the metal’s price movement this year.

The gold market has seen an unprecedented low level of volatility, translating to a stream of steady buying irrespective of any news or signals. Aslam believes it is this faith on investors’ part that keeps pushing the metal back to its key support of $1,500. Instead of rushing head-first into a strong stock market, which would normally act as gold’s biggest competitor, investors are choosing to hedge their bets. Aslam think that they are not only wary of a downturn due to the longevity of the bull run, but also various economic indicators that show a crisis might be looming.

Different forecasters, including a Federal Reserve branch, feel that a recession in the U.S. is around the corner. This notion has been supported by lackluster factory data throughout Europe, with the latest U.S. ISM report adding even more weight to the idea of an economic contraction.

Looking at the technical picture alone, Aslam points out that the momentum clearly remains on gold’s side. Past that, Aslam notes that a highly bullish triangle has formed on the metal’s chart, and that this phenomenon suggests prices will move firmly above 1,650 in the near future.

Last year’s central bank gold purchases exceeded all expectations as the total figure climbed to 651 tons by the end of Q4, the highest annual figure on record and more than double that of many forecasts made earlier in the year. Now, the latest quarterly report by the World Gold Council shows that the official sector might beat their own record, with 2019’s purchases clocking in at 547 tons by the end of September.

Russia was once again near the top of the buying list, having bought close to 35 tons of gold in Q3 on top of the 94 tons bought since the start of the year. Russia’s massive gold stockpile now holds nearly 2,242 tons of gold, amounting to around $100 billion at current prices.

After several years of absence from the gold market, the People’s Bank of China returned in December in what most would agree was a move driven primarily by the nation’s escalating trade conflict with the U.S. Since then, China has bought over 100 tons of gold, bringing its stockpile to an officially-reported 1,957 tons.

The intensity of Turkey’s purchases raised the most eyebrows, however. Since the start of the year, the nation has increased its reserves from 71.4 tons to nearly 380 tons. August’s acquisitions were particularly conspicuous, as the 41.8 tons of gold bought by the country’s central bank were the highest monthly purchase on record. In total, Turkey’s purchases so far this year have more than doubled those of Russia, which normally leads the way in terms of net buying.

The report noted that the three countries, along with other participants, have brought on a 12% increase in gold purchases from the official sector year-to-date. With more than a month left to the year, some are forecasting a combined year-end figure of over 750 tons.

Expert: Gold is still the best investment and could hit $10,000 in five years.

During a recent webcast, mining expert and CEO of Franco-Nevada Pierre Lassonde joined host Frank Holmes to discuss the current economic climate and the various tailwinds pushing gold up. Lassonde looked at the Dow Jones to gold ratio, which has at different times evened out at one-to-one, to conclude that gold could be severely undervalued.

As Lassonde pointed out, the ratio currently sits at 22 to one. If the ratio was to normalize to a one-to-one over the next five years, gold would be revalued at over $25,000. Even a normalization of just five to one would bring gold prices to $5,000.

Besides renewed institutional interest, Lassonde also singled out central bank buying and the move of gold from West to East as key points that will keep driving gold’s price forwards. “The central banks have gone from selling over 400 tons of gold per year to buying over 600 tons of gold per year. If you add that up, that’s a thousand tons of gold in a 4,000 ton market. That’s huge, that’s 25%. That’s enormous influence on the gold market,” said Lassonde of the near decade-long buying spree from the official sector. Besides noting that central banks in emerging economies are increasingly turning to bullion, Lassonde believes that investors should follow central bankers’ actions in this regard.

The reinvigorated demand for physical gold has also steadily established a flow of the yellow metal away from the West and towards the East. A few decades ago, China and India represented 10% of the world’s gold demand. Now, the two countries account for 53% of all gold inflows. Holmes believes this trend will continue as their respective GDPs continue to rise, which should bring jewelry demand to new heights due to the local consumers’ unyielding desire for the metal. Over the longer term, Lassonde believes that the gold market will see a major shift in its favor from supply and demand dynamics, as new ore becomes more and more difficult to obtain.