3 Ways a March Rate Hike Will Hurt the Economy 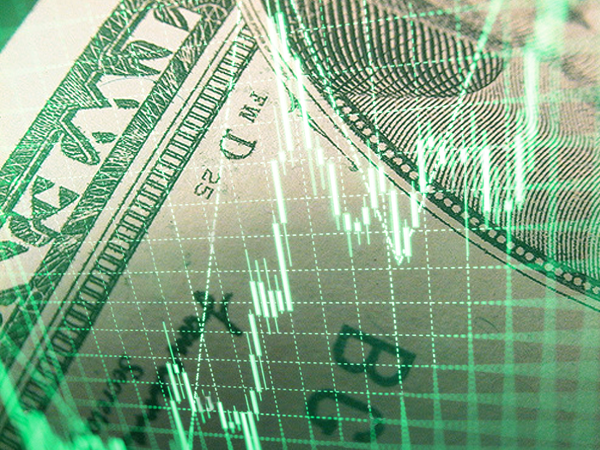 After implementing the second major rate increase in over seven years this past December, the Federal Reserve is planning to hike interest rates several times in 2017, with the latest indications pointing to the next rate coming in just one week, on March 15. Many believe the Fed’s newfound ambition is a “bullish” signal that officials feel confident in the market, but others have a different idea of why the Fed is rushing to raise rates.

Jim Rickards recently gave his opinion of what’s going on:

It’s not because they think the economy’s strong — we might even be looking at negative GDP for the first quarter — but because they’re worried they’ll have to raise them before the next recession arrives.

So the Fed is on a mission to raise rates as soon as possible so they can cut them when the recession comes.

That means the Fed is likely acting to raise rates while it still can – before a crisis necessitating a renewal of rate cuts presents itself. Essentially, the Fed is raising rates so it has room to cut them later.

Ironically, it may be rate hikes themselves that bring such a crisis about. Here are three big ways the next hike could hurt the economy.

The housing market has made a long and slow recovery from its painful collapse in 2008, but it still isn’t out of the woods. Plus, the progress made thus far is largely owed to near-zero interest rates perpetuated by the Fed over the past 7 years.

Now that rates are on their way back up, it could put the housing market back in troubled waters.

…with the Federal Reserve announcing a hike in the benchmark Federal Funds target rate, mortgage rates will probably rise in 2017 or after that. High mortgage rates dilute the demand for new homes as mortgage loans become expensive. This lowers purchasing power of buyers and hurts volumes, revenues and profits of homebuilders.

Additionally, the rise in mortgage rates may impact affordability at a time when millennials are taking baby steps into the housing market. Higher interest rates will only heighten issues and may further delay home purchases by millennials.

The U.S. automotive sector represents a massive facet of the country’s economy. According to the Department of Commerce, it accounts for approximately 3.5% of the nation’s GDP, and employs over 909,700 people.

3.5% of the GDP might not sound like a lot at first, but the automaker bail-out debacle of 2009 proved how critical the industry is to the U.S. economy.

That said, any constriction in auto sales and manufacturing has a direct impact on the rest of the economy. And the Fed’s decision to continue raising rates will undoubtedly cause a slowdown in the auto industry. Auto loan rates will rise, sale will drop, and manufacturing will fall.

But that’s not all.

Auto sales skyrocketed over the past several years due to rock-bottom interest rates. Americans bought more new vehicles in 2016 than any year prior, and they used cheap, readily available credit to do so.

So what’s going to happen when the Fed’s new aggressive rate agenda crashes the party and that credit starts becoming more expensive? The auto industry will undoubtedly experience a pull back, if not a full-blown nosedive.

3. Taking the Stock Market for Granted

Fed officials may be reading the stock market all wrong.

In prepared statements, Fed officials claimed the market is strong, robust, and indifferent to the idea of higher rates. In other words, they believe the market will continue rallying as rates move higher, that the market is already “pricing in” future rate hikes.

But trends in the treasury and bond markets show traders may not be pricing in the prospect of higher rates as Fed officials claim. Contrary to the optimism of mainstream media, that means the Fed’s next round of rate hikes could have a much more violent impact on the stock market than many expect. And JPMorgan predicts “hawkish Fed rhetoric” and rate hikes could cause a stock market pullback soon.

One Asset Surviving and Thriving Under New Rate Hikes

Is there any investment that can guard you from the impact of the Fed’s rate hike crusade?

Despite critics’ claims, gold is continuing to show great promise in this new rate climate, and some experts believe it will thrive even more in the months to come.

Gold’s going to go higher again, because people are going to realize the Fed can’t raise rates even though they want to. They’ll have to cheapen the dollar again, and that’s very bullish for gold.

To sum it all up, I’m very impressed with the present gold action because it should be going down based on higher rates and price suppression of the paper gold market. But it’s not, it’s rising.

So I expect gold to really take off in the spring.