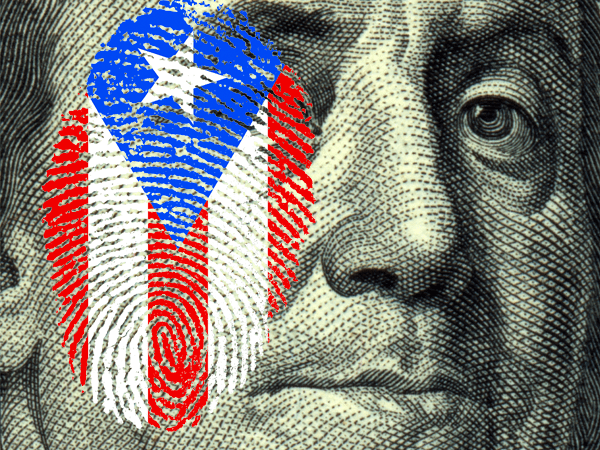 After struggling for years, Puerto Rico is filing for bankruptcy protection — triggering what would be the largest municipal debt restructuring in U.S. history.

For years, Wall Street has been buying up Puerto Rican bonds like hotcakes, even as the territory has shown serious signs of economic instability. Now, with Puerto Rico filing for bankruptcy protection, all those funds (and the underlying investors and average Americans tied to them) are likely to suffer serious losses.

But how did it come to this?

How It All Started

It seems like common sense to not invest in a government with such overwhelming financial problems as Puerto Rico.

Even as far back as 2015, the Puerto Rican government was saying it would likely fail to repay its debt. But investors kept piling into Puerto Rican bonds, just as they’d been doing for years prior.

Well, there are three big reasons why Puerto Rico’s bond debt continued growing, even as the territory’s economy continued to crumble:

So while the viability of the Puerto Rican economy was highly suspect, these three incentives caused investors to gobble up Puerto Rican bonds like nobody’s business. Meanwhile, no one really considered how those bonds would be repaid.

Which brings us to today.

It’s crucial for you to understand that this isn’t a problem isolated in the middle of the Caribbean. Puerto Rico’s conundrum is poised to cause serious issues throughout the U.S. and global economy…

What’s playing out in Puerto Rico will be the largest debt restructuring event of a U.S. municipality. The closest we’ve come to this before was in Detroit during 2013.

That time, Detroit failed to make good on its $18 billion in debt. Investors never recovered their investments, and only 74 cents on the dollar were repaid in the restructuring settlement.

To put things in perspective, Puerto Rico is dealing with more than $73 billion in debt – 4 times as much as Detroit. And that debt is spread out over a much broader spectrum of investors.

That means nobody is safe from the fallout of this collapse.

It’s easy enough to think of Puerto Rico’s debt crisis as somebody else’s problem, but in reality, countless U.S. investors are going to feel the impact sooner or later. While U.S. hedge funds own a large portion of the island’s debt, it’s estimated that 15% is held by average workers who invested in Puerto Rico bonds to fund their retirement.

Because municipal bonds are always tax-exempt at the federal level, they appeal to investors looking to grow their wealth while generating tax-free interest income. Puerto Rico bonds were particularly enticing before the island’s financial crisis unraveled because they happen to be triple tax-exempt — meaning that holders don’t pay state or local taxes on their interest income, either.

The problem now is that thousands of workers and soon-to-be retirees hold these bonds in their portfolios, whether they actually know it or not. Remember, there’s more than one way to get a piece of the municipal bond action — by establishing individual bond positions or by investing in bond funds. Many unsuspecting investors who chose the latter route back in the day may therefore be shocked to learn that their holdings include the dreaded aforementioned Puerto Rico debt securities. And while it’s too soon to know how dire the recovery for investors will be, it’s safe to say that countless older Americans will need to regroup and rethink their plans for retirement.

One Way to Shield Yourself From Puerto Rico’s Demise

Millions of Americans could unsuspectingly be invested in Puerto Rico, and those that are about to pay the price. On top of that, the shockwaves from Puerto Rico’s collapse could trigger a major selloff in the markets overall, which would affect even more Americans.

So what should you be doing to keep your hard earned dollars safe?

Well, we believe that there’s at least one good way to protect your savings…

Puerto Rico is a perfect example of how our financial system, based on paper money and good faith debt, is beginning to unravel. And as that phenomenon speeds up, investors will flock to tangible “real money” assets.

Gold is the king of “real money” assets. And further turbulence from the Puerto Rico crisis — and the resulting uncertainty that follows — will likely only send it upward.

Gold reached its all-time high of $1,900 back in August of 2011, and expert David Yoe Williams believes technical indicators are pointing toward a gold rally that breaks that record and sends prices well above $2,000.

That said, now could be the ideal time to guard your savings and secure a healthy position in gold.