Home » Blog » How the U.S. Economy Will Change After Election Day

How the U.S. Economy Will Change After Election Day 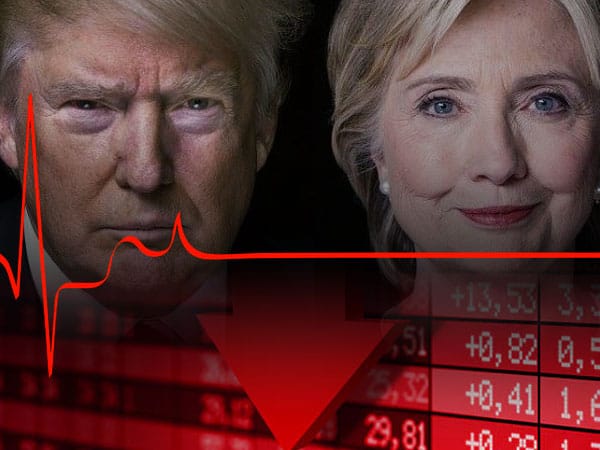 We’re only a few days away from electing the next President of the United States, and the race is getting more intense. Trump and Hillary may not align on many issues, but one thing they can agree on is that the economy is one of the most important matters facing our country today. However, their approaches to cultivating a healthy economy are wildly different.

So what can you expect to change in the U.S. economy depending on who ends up in the White House? Let’s take a closer look.

If history is a guide, a Clinton presidency would be better for the stock market, says Stephanie T. Withers, a senior vice president of Bel Air Investment Advisors with more than $6 billion under management.

“Consider the evidence. The average annual return of the Dow Jones Industrial Average Index (DIA) from 1901 through September 2016 has been 4.5%,” Withers said in an email. “Under Democrat presidents, the index has returned 7.0% on average, while Republican administrations have seen 3.0%.”

Regardless of who wins on Tuesday, there’s one rule you should know: sound savings and investing principles remain the same no matter who’s in power. That said, one of the most important of those fundamental, unchanging principles is to hold a portion of your wealth in a physical asset with tangible value. And for that reason, no matter the outcome on Election Day, we already know one thing: Gold will prevail.