Here’s How the New U.S.-China Trade Talks May End 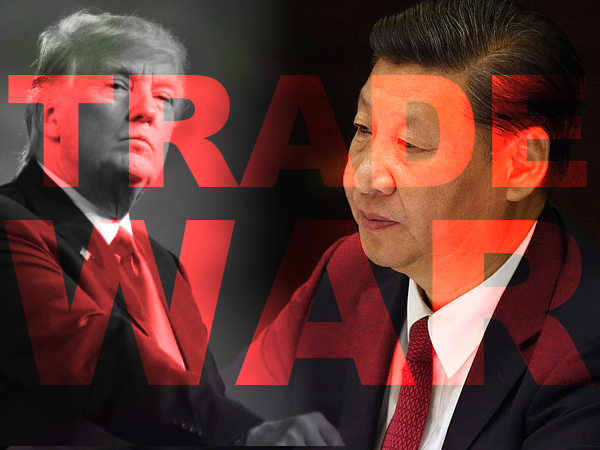 With the U.S. and China in the midst of a new round of high level trade talks, this Thursday marks 22 months since tariffs were launched and the trade war began. Far from being “easy to win”, the trade war has lasted far longer than most analysts in the mainstream and alternative media predicted. In past articles, I have warned that the trade war itself is probably not meant to be won at all; rather, it is a massive distraction and a convenient scapegoat as global banks set the implosion of the Everything Bubble in motion. I continue to stand by this assessment, which is why I think it is unlikely that the current talks with China will accomplish much of anything.

This conclusion runs in stark contrast to all the hype we heard in the investment community in September. The way stock markets levitated, one would have thought a deal was assured. Never underestimate the power of blind optimism, I suppose. I believe there are a very limited number of end games to the meeting, none of which will result in an actual “deal”. However, it’s important to understand the dynamics at play here.

First and foremost, if we are to approach the trade war from a mere surface examination, there is really no incentive for China to capitulate to Trump’s demands. There is only one year left until the 2020 elections, and while BOTH economies are certainly seeing a downward plunge, China is hardly crippled by tariffs on exports to the U.S. China can simply bide its time, waiting to see how the U.S. election unfolds. The more unstable the U.S. economy is in 2020, the less likely it will be that Trump will win a second term. Trump has tied himself so completely to the performance of the economy and stock markets that whatever happens, he now owns the end result.

The U.S. only accounts for 18% of total Chinese exports, which is not a small amount to be sure, but nowhere near enough leverage to push China into long-term concessions. China has already begun replacing U.S. agricultural products by turning to alternative markets in countries like Brazil and Mexico. The meme six months ago among trade war cheerleaders was that “the Chinese people would be starving within months without U.S. soy and pork”, and the Chinese government would “have a revolution on its hands.” I hope these people now see how ridiculous this assertion is. The U.S. is not the only game in town, there are plenty of other agricultural markets in the world.

China is the largest exporter/importer in the world and the largest manufacturing hub. With such infrastructure and a cheap labor force, the nation is much more economically durable than many analysts give them credit for. The issue of China’s debt creation is often brought up as evidence that their economy is on the verge of collapse. I would point out, though, that China’s debt bonanza was actually planned. In fact, China’s inclusion in the IMF’s Special Drawing Rights basket in 2016 REQUIRED them to circulate vast amounts of debt instruments in order to increase the liquidity of their markets and their currency.

Beyond foreign trade, China has been increasing their reliance on domestic consumption over exports. Domestic consumption accounted for 78% of China’s GDP growth in 2018 and around 40% of total GDP. The loss of the U.S. consumer is not enough to undo China’s economy. Period.

China’s holdings of U.S. Treasuries are still declining, and the nation has increased the pace of its gold purchases for the tenth straight month. This shows that the Chinese are hedging for a long haul conflict with the U.S.

It is important to note here that I’m not endorsing the way the Chinese government runs the economy or how they manage their society. They are, for all intents and purposes, collectivist monsters. The problem is that other collectivist monsters in the west have deemed China useful. As George Soros once publicly admitted, China is going to become the “economic motor” of the “new world order”, replacing the U.S. consumer. The fall of China is simply not in the cards as they see it.

So, here is the bottom line: Even when we set aside all the geopolitical obstacles to a trade deal, including such problems as the protests in Hong Kong or the breakdown of denuclearization talks with North Korea, there is nothing compelling China to make a deal in the near term, and this makes the trade talks this month rather predictable.

The idea that establishment figures within the Trump White House are completely unaware of these factors is a bit absurd. And so, along with the various advantages the trade war presents as a distraction for global banks, I can only conclude that the trade war is nothing more than Kabuki theater. The ongoing pattern of U.S.-China tariff announcements supports this theory, and this presents us with two possible outcomes.

The first likely outcome is that trade talks will very quickly fall apart. The U.S. recently added 28 Chinese firms to the “Entity List”, which restricts their ability to do business in the U.S. Rumors of potential restrictions on Chinese purchases of U.S. equities have also caused heightened tensions. China has also narrowed the parameters of what they are willing to discuss in terms of concessions only days before the meeting, indicating that serious talks will not be taking place.

This scenario will probably result in an immediate selloff in global stocks, though it’s possible that the investment community may buy in the short term under the assumption that, in order to quell market fears, the Federal Reserve will respond with more rate cuts or promises of Quantitative Easing. In the longer term (the next two months) under this outcome, I expect stocks to plummet and for gold to resume its upward trend established this summer. (Once China’s “Golden Week” ends and the nation returns to business, the rally will return; a lost trade deal will only accelerate matters further.)

A breakdown in talks would also spur on more tariffs, or cause both Trump and China to make pending tariffs official. Renewed talks will be suggested, but no dates will be confirmed, and this time the wait for another meeting will be much longer.

The second likely scenario is the sudden announcement by both sides of a “positive discussion” and a potential deal. This will be yet another head fake, and there will be no deal, but it will certainly add enthusiasm in the markets for a few weeks; at least, until people realize that the optimism was all a farce. This has been a common cycle in the trade dispute, with Chinese and U.S. officials injecting rumors of an inevitable deal, only to dash hopes around a month later with abrupt tariff increases and angry rhetoric.

In this case, look for equities to levitate for a short time. If the Fed holds rates steady as Powell has said the central bank would this month, then there will be a slower moving downtrend until the Brexit event is either decided or postponed at the end of October. Precious metals will still climb as the Chinese reenter the market and continue to buy.

The trade war is a boon for global banks, as it hides their culpability for the crash of the biggest financial bubble in modern history. There are only two ways it will end: After the ongoing crash hits peak pain and a Lehman moment ensues, or another even bigger distraction (such as a shooting war somewhere in the world) takes its place. What is less certain is how the public will react to this fiscal earthquake. Will the majority believe the mainstream narrative that it was the trade war that caused the crash instead of the central and international banks? Or, will they see through the ruse?

For those that already have their eyes open, I suggest ample preparation to protect your savings as well your ability to provide for your family’s security. The end of 2019 is about to get even more interesting.