Home » Blog » How to Play the Biggest Bubble in History

How to Play the Biggest Bubble in History 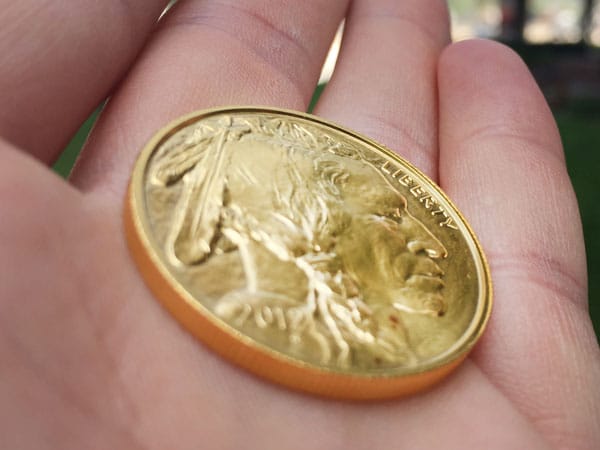 This week, Your News to Know returns with the hottest news stories involving gold and the economy. Stories include: Why gold is the ultimate anti-bubble, now is the best time to buy gold, and Goldman sees buying opportunity if gold falls further.

Why gold is the ultimate anti-bubble

Market strategist and managing director at investment firm Old Mutual Global Investors Diego Parilla recently spoke about the dangers of bubbles and why we are currently facing one of unprecedented proportions.

“We are creating the biggest bubble in duration (with the debt markets) that we’ve probably seen in financial history,” Parilla warned, describing a “perfect storm” of events that several other market watchers have forecasted. The storm starts with artificially-inflated bond yields, followed by a spike in equity and credit risk as investors engage in something Parilla calls “the desperate search for yield”. By the time central banks step in and try to contain the situation, foreign risk might have already destabilized multiple fiat currencies, thereby creating chaos.

This, Parilla explains, would be a significant asymmetric upside for gold. The economist views the metal as the ultimate anti-bubble and the best way for Americans to protect themselves against the coming storm. In fact, he warns that a similar scenario – maintaining the appearance of control until things get out of hand – already occurred with OPEC in the place of central banks.

And while Parilla doesn’t discount the possibility of gold sliding further in the near future, he feels now is as good a time as any to buy since the yellow metal is primarily an investment for the long haul. “I think it may well be this is the point to step in but with the perspective that this is a long-term trade,” Parilla said. “Who knows what’s going to happen in the short-run. You have to have a long-term perspective in gold.”

There couldn’t be a better time to buy gold

While speculation of higher global interest rates is currently gripping the markets, the World Gold Council (WGC) has urged anxious gold investors to focus on broader monetary policy instead of dwelling on the Fed’s immediate decisions.

A report published last Wednesday by the WGC states that the effects of extraordinary monetary manipulation by central banks will be felt long after a potential normalization of policies occurrs. “In this new normal of lower returns and higher uncertainty, gold has an important role to play in the portfolios of investors large and small,” said the WGC.

The group expects the broader market environment of low and negative interest rates to support gold even if real rates turn positive, so long as they remain at low levels.

The WGC also highlighted the fact that, despite a drop in prices, there have been no major liquidation in exchange-traded products, seeing this as indicative of a “good appetite” for the metal in the investment community.

Lastly, the WGC also highlighted the upcoming festive season in India and China, predicting it will spur physical demand in these regions. “The price correction also comes at a good time for Indian consumers. With a good monsoon, the upcoming wedding season and Diwali and Dhanteras festivals, demand could pick up after subdued activity year-to-date,” said the WGC. “Anecdotal evidence suggests that consumers had been holding off purchases in previous months, so this may well trigger an increase in demand.”

Should gold continue its downward movement of the last few weeks, Goldman Sachs Group Inc. believes it will open up a strategic buying opportunity for those Americans looking for protection.

The expectations of a rate hike might have taken its toll on gold prices, but Goldman analysts like Jeffrey Currie and Max Layton see little reason why the metal should lose its appeal, even in the case of additional dips. “We would view a gold sell-off substantially below $1,250 as a strategic buying opportunity, given substantial downside risks to global growth remain, and given that the market is likely to remain concerned about the ability of monetary policy to respond to any potential shocks to growth,” wrote the analysts.

Remaining broadly neutral on bullion through the year-end after the correction, Goldman noted that the decline in prices isn’t being driven by sales of bullion from holdings in ETFs. “The move lower does not appear to be driven by physical gold ETF liquidation,” the analysts explained. “The drivers of strong physical ETF and bar demand for gold during 2016 are likely to remain intact, including continued strong physical demand for gold as a strategic hedge.”