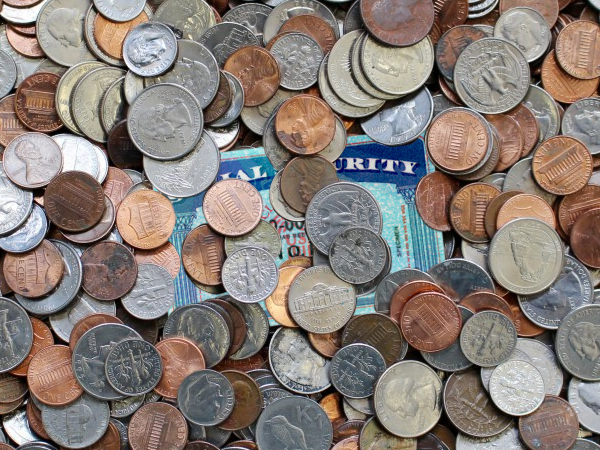 Fiscal year 2018 wasn’t a good one for U.S. Government net-worth. While that may hardly be surprising, it’s possible we’re reaching a “tipping point.”

From an official report released by the U.S. Treasury, Sovereign Man pulled out a few key highlights:

But one official estimate from the Treasury report stood out primarily because it appears potentially catastrophic (see red arrows below):

Your eyes are not deceiving you. The official estimate of the long-term spending gap for Social Security and Medicare together is a staggering -$53.8 trillion —almost 10% higher than 2017.

(Non-interest expenditures also rose 185.2% – but that’s for another article.)

To put the Social Security and Medicare spending gap in perspective, it amounts to ~67% of the entire World’s GDP.

According to Sovereign Man’s report, the U.S. Government does have $3.8 trillion in assets to account for some of this damage. However, those assets are immediately offset by the $25 trillion in liabilities (like the National debt).

When you add the Social Security spending gap to the liabilities, you begin to realize how deep the “spending hole” actually is.

Debt and negative balances are a normal part of how the U.S. economy operates, but the numbers are continually getting worse every year. Where do you draw the line?

For Social Security, we already know that if nothing is done over the next 15 years, entitlement programs could be running on fumes. We also know that Congress isn’t helping the problem.

But another interesting part of the official Treasury report highlights what could be yet another glaring problem, something along the lines of robbing Peter to pay Paul. From page 20 of the report, we see one part of the Government is borrowing from the other (emphasis ours):

In addition to debt held by the public, the government has about $5.8 trillion in intragovernmental debt outstanding, which arises when one part of the government borrows from another. It represents debt issued by the Treasury and held by government accounts, including the Social Security ($2.9 trillion) and Medicare ($301.0 billion) trust funds.

So when this “non marketable debt” issued by the Treasury and held in Social Security’s coffers needs to be paid back, funds will obviously be necessary:

When those securities are redeemed, e.g., to pay Social Security benefits, the government will need to obtain the resources necessary to reimburse the trust funds.

As we’ve already seen, these needed funds don’t appear to be available. Raising the retirement age or raising taxes only puts off the inevitable. This “spending hole” may simply be too deep to fill.

Don’t Wait for the U.S. Government to “Help”

Whether or not Social Security runs out of money in the near future remains to be seen, but one thing is certain: Social Security’s future is in jeopardy, and the Government isn’t helping.

So if you have an unexpected emergency, increased medical or cost-of-living expenses during retirement… well, you shouldn’t expect to rely on the Government to lend a helping hand.

Instead, you’ll want to reply on someone you can trust, such as yourself. You can do so by adding protection to your retirement portfolio through diversification in a variety of asset classes. Doing so with assets such as precious metals helps protect your hard-earned savings during times of political and economic uncertainty and helps ensure you’re prepared when an unexpected emergency arises.