Home » Blog » Why a Hyperinflation “Time Bomb” Could Explode in 2021

Why a Hyperinflation “Time Bomb” Could Explode in 2021 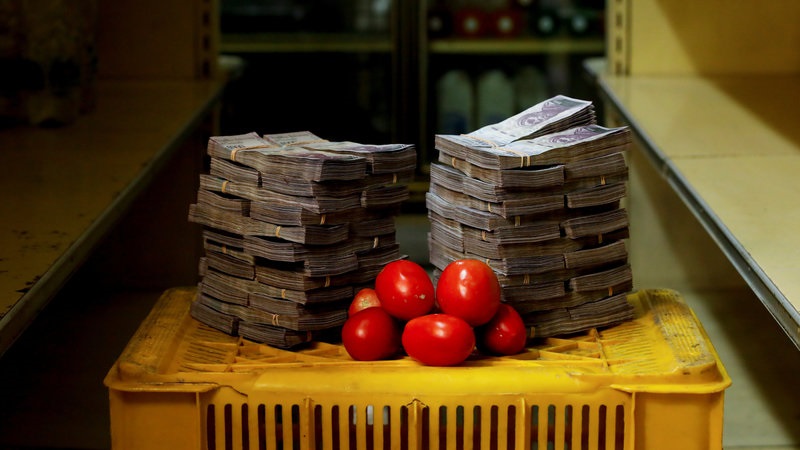 The possibility of rising inflation turning into hyperinflation.

Right now, inflation doesn’t seem like it is out of control, as it’s officially reported at 1.2%. The Fed doesn’t seem to be able to find inflation either (even though we did).

But a look at the latest consumer price index (CPI) from the Bureau of Labor and Statistics reveals an important caveat: 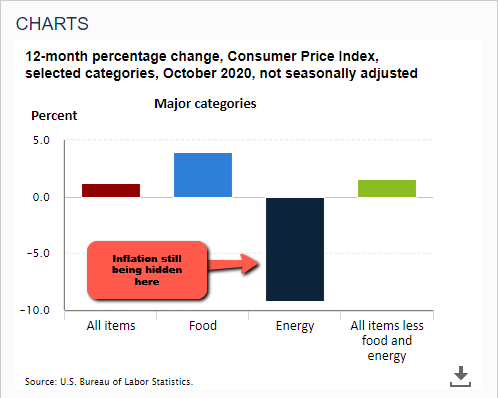 As you can see, energy inflation still hasn’t caught up to the rest of the class, and that brings the overall CPI for “all items” down quite a bit. And you can pretty much count on the fact that energy inflation will rebound at some point (when American families start commuting to school and work again), which means we will have a clearer idea of the big picture.

But even if we were to leave the “energy inflation” idea aside, there are still other reasons for overall inflation to rise quickly in 2021.

Soaring Inflation Could Be on Its Way Back

Assuming vaccines for COVID-19 make their way into the population, it’s quite possible that a long period of pent-up consumer demand could explode.

There is a huge mispricing here – and one that makes no sense as economies reopen, new stimulus is released, growth surprises on the upside, and inflation risks rise.

Martin Wolf quotes a snippet out of the book “The Great Demographic Reversal” that predicts up to 10% inflation for next year:

As in the aftermath of many wars, there will be a surge in inflation, quite likely more than 5 per cent, or even on the order of 10 percent in 2021.

The U.S. hasn’t seen inflation rise higher than 10% since 1980. So jumping from 1.2% overall CPI to double digits in such a short period of time would certainly send shockwaves through the economy. Conservative savers who rely on CDs and bonds to protect their nest eggs will see jaw-dropping losses. Those who count on income from stock dividends will discover, to their horror, that dividends don’t keep pace with inflation.

Robert Wenzel summed up this dire outlook by writing: “The theme of 2021 will be soaring price inflation.”

We can hope he’s wrong, because this still has yet to play out, but it’s best to prepare in case he’s right.

Protect Yourself From “1980s Hyperinflation”

If your savings don’t include them already, “hard assets” like gold and silver have a history of faring well during market turmoil and times of inflation.

Energy inflation could reverse course. The Fed could intervene and something could go wrong. Shortages, more food supply chain disruption, or other events could happen.

And that means serious inflation could be the result. When that happens, you’ll want to be prepared with assets that can protect your nest egg.

So make sure you take this limited opportunity to examine your savings, and consider adding precious metals to secure it before time runs out.