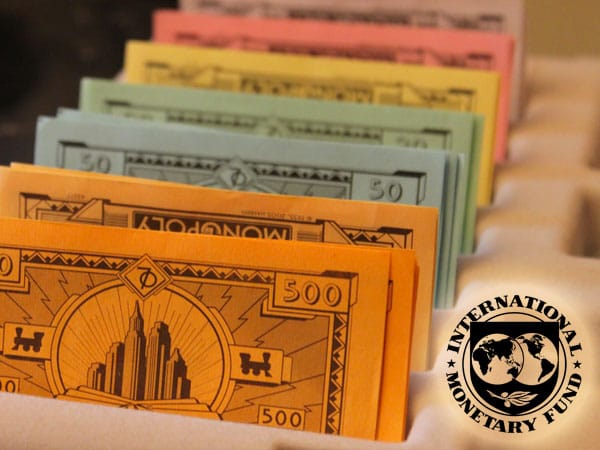 The world has set a new record for global debt levels, with $152 trillion being owed worldwide. Not only is this new record totally unprecedented, but it represents a troubling spike in global debt that doesn’t appear to be slowing down anytime soon.

The International Monetary Fund (IMF) is extremely concerned about what this could mean for economic stability across the world, and holds the belief that such unprecedented levels of debt could trigger another global debt crisis similar to 2008. As a result, the organization is doing everything in its power to push governments toward a plan that eases the weight of this crushing debt.

Even more troubling, inflation in the U.S. is now rising faster than it has in months, which will cause debtors to lose momentum in paying back their debts.

We’ve been down this road before

Above all else, the IMF is worried that this new record high for global debt could be a precursor to yet another dangerous debt crisis, such as the subprime mortgage crisis of 2008. And as the new record sits at $152 trillion – or 225% of global GDP – it’s easy to understand why so many people are concerned.

To make matters worse, the IMF’s report shows that global debt has ceased to fall at all since the last worldwide financial crisis. In other words, the primary catalyst for the last crisis hasn’t gotten any better, or even stayed the same. It has gotten worse.

It’s no wonder, then, that the IMF is strongly urging governments to act now, while another crisis might still be preventable.

“$152tn is a record high. In places around the world we have excessive debt. In some places we have debt, in particular non-financial corporations’ debt, growing very fast.

“A crucial message from the fiscal monitor is that when private debt is on an unsustainable path it is important to intervene early on in the process to make sure financial crises and recessions can be prevented.”

The IMF believes governments can start acting preventatively by creating programs to restructure debt and by working with creditors to extend repayment periods. But there’s no guarantee that will fix the problem.

Inflation might be about to make things much worse

Governments can work to make debt easier to repay, but there are external factors like inflation that make the whole situation much harder to control.

U.S inflation is rising faster than it has in the past five months, which adds fuel to the fire in two separate ways.

First of all, it makes debt harder to repay. When inflation goes up, everybody’s spending power goes down, including debtors. Second, it could encourage the Fed rate hike we’ve been hearing about all year, which again would place debtors in a position that makes their debt harder to repay.

If the IMF is right and it’s too late to solve this debt crisis, is it time to consider gold?

There’s a good chance that the IMF’s warning could either:

1) Fall on deaf ears, or fail to inspire governments to take action.

2) Simply be coming too late for us to prevent the inevitable.

Regardless, setting aside some of your savings in gold before the situation deteriorates further could be a very smart decision.