Why Imminent Pension Crisis Reveals a Grim Future for All Retirees 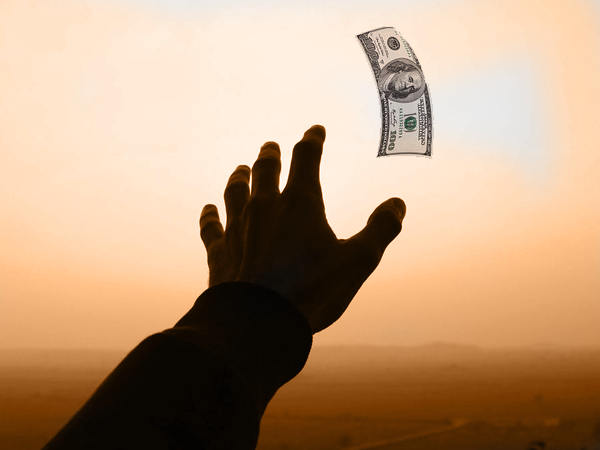 Whether or not you’re relying on a pension for part of your retirement, there is a grim future on the horizon for retirees tied to the pensions’ demise.

John Mauldin shines a light on the math that seems to explain why public pensions aren’t living up to their task:

So, when we say a plan is “fully funded,” it may not be so if the assumptions are wrong. Almost all public pension funds assume investment returns somewhere around 7% (and some as high as 8%+). That’s highly unlikely due to the debt we’ve accumulated, and debt is a drag on future growth.

Setting aside the fact that “assuming” anything isn’t a good idea, public pensions are basing their calculations on the assumption of a 7% return, but Bloomberg reports they aren’t even close to hitting the mark (emphasis ours):

The median public fund, which typically has a fiscal year ending June 30, returned 3.25% for the three quarters through March 31, according to Wilshire Associates Trust Universe Comparison Service.

According to the same Bloomberg report, on top of failing to meet needed 1Q returns by more than half, public pensions started 2019 off with a $2 trillion deficit.

Pensions in Illinois, New Jersey, and many other states are suffering (see the blue states in the map below): 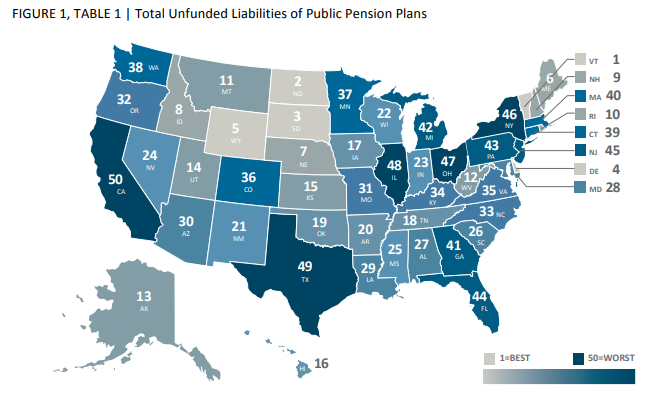 According to the World Economic Forum, the global pension crisis may hit $400 trillion by 2050.

Another older Bloomberg piece sheds light on a $382 billion funding gap for the top 200 defined benefit programs as of 2016. This year that has improved, but not by much, as the same programs still remain underfunded by $240 billion (see chart): 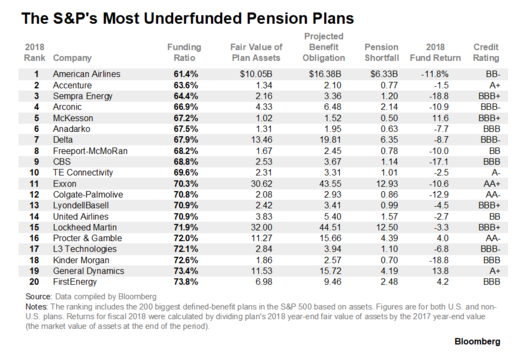 Although Bloomberg called this improvement a “good thing,” it’s important to remember that these same programs were fully funded in 2007. So things got worse during the last 12 years.

Even behemoths like GE and Bristol Myers-Squibb are at a dangerous “fork in the road,” deciding whether or not to ditch their pension programs altogether.

Keep in mind, whether someone has a public or private pension plan, they were promised to be paid in full during retirement for their contributions. And now, they face the risk of not having that promise fulfilled.

But it’s not only pension holders who are in trouble. Even retirees who don’t have a pension could be negatively affected.

Prepare for the Grim Future that May be Approaching

Public services like police, fire, and medical may be in jeopardy if States make cuts to satisfy retirement obligations, no matter the state they’re in.

States could hunt for extra funds in education, public works, and other places to pay promised pensions. This means infrastructure could suffer too.

Tax increases could also be leveraged at the local level, but no one likes the idea of paying more taxes. John Mauldin brings the broader point home in his Forbes piece:

As with the federal debt, some portion of this unfunded pension debt is going to get liquidated in some way. Any way we do it will hurt either the pensioners or taxpayers.

No matter how you look at it, it appears we’re all going to bear some of the burden for the pension programs that are in trouble. Which means, it would be wise to not put all your eggs in one basket. Consider diversification and asset classes such as precious metals that don’t rely on tired solutions.