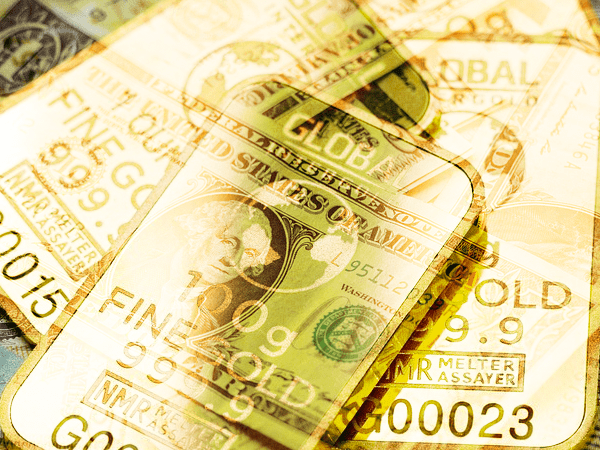 This week, Your News to Know rounds up the latest stories involving gold and the overall economy. Stories include: Money manager sees gold reaching $1,500 by year’s end, gold vs. bitcoin comparison is overdone, and why a new Japanese emperor and Tokyo Olympics could boost gold prices.

A recent article on Kitco revealed Incrementum AG fund manager Ronald-Peter Stoeferle doesn’t think much of the dollar’s recent push. To him, there are too many factors driving the greenback down, which will translate to higher gold prices in both the short and long terms.

Stoeferle said that gold is at the start of a new bull market and could easily reach $1,500 an ounce by year’s end as volatility rises. Meanwhile, the U.S. continues to be at risk of rising inflation and slower economic growth.

The publisher of the annual In Gold We Trust report thinks that surprise inflation will catch not just the U.S. off-guard, but the rest of the world as well. This would be made worse in the U.S. by recent tax cuts and increased infrastructure spending, leading to an even greater economic slowdown.

The U.S. debt will act as yet another tailwind for gold by causing the economy to eventually fall into a recession, said Stoeferle, adding that an even weaker dollar will be one of the main consequences of this collapse. A recession would further benefit gold by introducing high inflation, against which the metal is seen as the ultimate insurance.

The comparison between gold and bitcoin is overdone

Although gold is frequently compared to bitcoin by the media and some investors, one investment expert feels the two have very little in common. According to an article on Kitco, Newscape Capital’s chief investment officer Charlie Morris said the comparison between the two assets is overdone, particularly because they are so different from each other.

While gold is expected to last indefinitely as a store of value, bitcoin remains highly speculative and could see its value decline should interest dwindle. Morris notes that the comparison might stem from bitcoin’s design, as the cryptocurrency’s limited availability was modeled after gold’s own scarcity.

The analyst also said that bitcoin requires a specific environment to do well, one of strong growth and tranquility. Should the markets find themselves in less favorable conditions due to inflation, nuclear war or even socialism, the speculative interest would quickly turn towards gold.

The price trajectories of the two assets serve to further separate their roles: while bitcoin has seen wild swings since the start of the year, gold continues to hold firmly above last year’s key level of $1,300 an ounce.

As the new year gets underway, gold could see an increase of 10%-15% due to a major surge in bullion demand from Japan, writes South China Morning Post. The Asian nation will likely find itself needing large quantities of gold to commemorate both its new emperor and the 2020 Tokyo Olympic Games.

“According to Japanese tradition, the Japanese government will issue gold coins to celebrate the new emperor ascending the throne in 2019,” said Jasper Lo Cho-yan, a senior vice-president at iBest, part of Haitong International Securities.

“Japan will also issue gold coins to celebrate the 2020 Olympic Games in Tokyo, and the market expects the Japanese government to start purchasing physical gold in the second half of this year to meet this demand. This will boost the gold price.”

Lo’s prediction is that gold will rise to $1,450 this year with potential to reach $1,550 in 2019, when Crown Prince Naruhito assumes the throne of his father, Emperor Akihito.

The metal appreciated 10% last year aided by a weak U.S. dollar, wariness over stocks, conflict with North Korea and Brexit-related tension. Most of these factors will continue to strengthen the metal this year, said Lo, with a particular focus on dollar weakness and a possible correction in stocks.

Alfred Yeung Ping-kwan, the founding chairman of investment firm Glory Sky Group, agreed that 2018 could be the year the stock market sees a reversal, which would cause a flight to safety from stocks to gold. Yeung’s forecast for gold this year is $1,420 an ounce.

Haywood Cheung Tak-hay, president of the Chinese Gold & Silver Exchange Society, focused on political uncertainties and tensions, believing them to have the most impact on the metal’s price.

“Asian countries still have strong demand for gold. The tax policies of US President Donald Trump are likely to lead to a weak US dollar and a stronger gold price, while political uncertainties such as the Brexit negotiations for Britain’s exit from the European Union would also support the gold price,” he said.

Cheung is slightly more bullish in his prediction, stating that he sees gold reaching $1,500 before the end of the year.