Incrementum AG Says Gold’s Hardships Could Soon Be Over 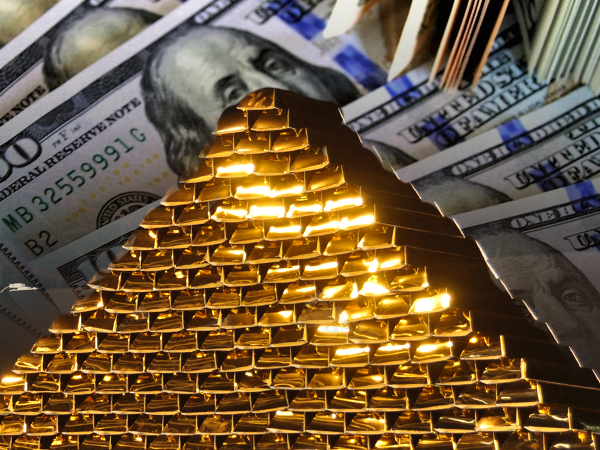 This week, Your News to Know rounds up the latest news stories involving gold and the overall economy. Stories include: Gold has bottomed out and will soon go up, the gold market is starting to heat up, and gold’s value to technology sector will lead to a major spike in demand.

Incrementum AG: Gold has bottomed out and will soon go up

In a recent interview with Kitco, Incrementum AG’s fund manager Ronald-Peter Stoeferle said that gold’s hardships could soon be over as the metal readies for another bullish run. Stoeferle sees numerous tailwinds for gold, not the least of which is a potential reversal of the dollar’s gains.

Stoeferle thinks that the dollar could give up this year’s wins as support from the Federal Reserve wanes, not to mention investors are already wary of the greenback’s weakness. Statements by several U.S. officials, including the President, on how the dollar should be weaker are another reason why the currency’s picture looks bleak. Stoeferle also noted that the Fed could find itself forced to loosen the monetary policy due to global trade tensions. This would greatly benefit gold while putting significant pressure on the dollar.

Besides a shaky dollar, global uncertainty and trade concerns, Stoeferle also thinks that the stock market’s vulnerability could play a major role in the metal’s rise. In the interview, Stoeferle said that the struggling emerging markets are a sign that the broader equity market is beginning to crack.

While Stoeferle notes that gold has held up admirably even against a soaring stock market, a major dip in the red by equities would quickly turn into gains for the yellow metal.

The gold market is starting to heat up

As the summer reaches its midway point, the gold market is ready to heat up on the back of possible changes in Fed policy. According to TheStreet, Chris Mancini, research analyst at Gabelli Funds, said that halting the hiking cycle would be tantamount to more easing, along with an expected positive effect on gold prices. Mancini thinks that the loose policies of other central banks will further serve to create an environment where gold thrives.

“I think what ultimately drives the gold price higher will be the Fed pausing and then the market pricing in the Fed easing. And so if the Fed is easing while the ECB [European Central Bank] is printing and the BoJ [Bank of Japan] are both printing money then I think gold will do really well,” he said.

Although dollar bulls have been keeping gold’s price in check, Mancini nonetheless sees the metal trading at up to $1,350 an ounce before the year ends. The analyst added that, as the Fed brings its hiking cycle to a close, the loss of optimism in the markets will be among the biggest drivers of gold prices.

A recent study by the World Gold Council (WGC) found that the manufacturing sector will soon account for a sizeable increase in gold demand. According to an article on Kitco, the WGC states industrial gold demand has thus far been subdued because manufacturers tried to find a cheaper alternative to gold.

But, as advancements in electronics lead to greater production of high-tech equipment, the industry will have no choice but to increase its gold demand in accordance. Industrial gold demand reached a three-year high last quarter, with overall use of gold in the sector rising 3% year-on-year. The WGC thinks this is just the beginning of a renewed dependence of gold by manufacturers.

“Across the technology arena … gold remains a critical industrial metal. It is at the heart of new technologies being developed today to help society tackle some of the biggest challenges that we face both now and in the future,” said WGC consultant Trevor Keel.

The WGC study singled out higher storage needs as an example of how rapidly-developing technology could boost gold’s appeal. With an ever-greater amount of data to store, the increase in production of items such as memory cards will soon reflect on gold’s supply-and-demand dynamics.

Electrification of cars will be another industrial driver of gold demand, as the gradual shift towards higher reliance on technology will necessitate more gold at the manufacturers’ disposal.

And as exciting as scientific discovery can be, gold investors will have another reason to rejoice over potential medical breakthroughs. The use of gold nanoparticles for treatments ranging from gene therapy to skin restoration has already been documented, and the futuristic technology is being improved daily. These gold nanoparticles stand not only to elevate humanity’s understanding of medicine, but also substantially increase bullion demand as the treatment becomes commonplace.