Home » Blog » How Long Will Sky-High Inflation Last? History Has the Answer…

How Long Will Sky-High Inflation Last? History Has the Answer… 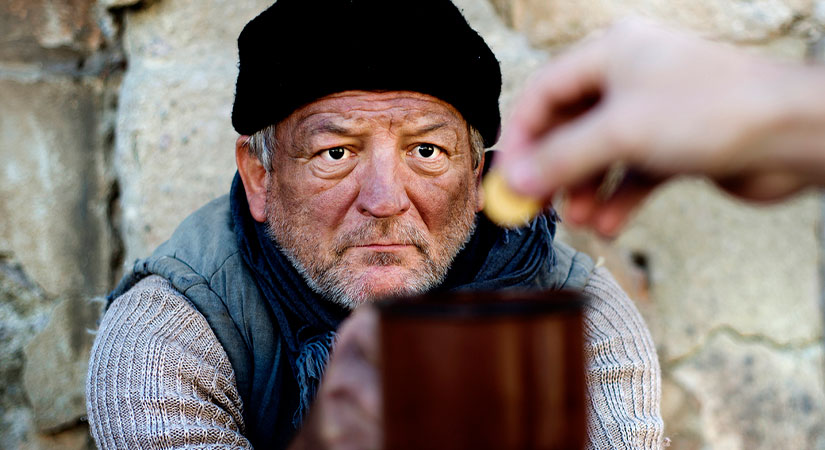 Raging inflation has been a fact of life for quite a while since I first asked “How long will it last?” last June.

The short answer back then? “No one knows.”

The slightly longer answer back then was, “No one knows for sure, but whatever Washington says is almost certainly downplaying the problem.” (I won’t go quite as far as Dr. Ron Paul and call the official inflation reports “nonsense.”)

Today’s answer: according to an exhaustive survey of historical episodes, this inflationary period will last much longer than anyone’s prepared to admit…

Where are we now?

Current official reports put overall, CPI or “headline inflation” at 7.1%. If we used the Fed’s 1980-era measurements, that number more than doubles to 15% (which feels closer to the truth for most American families).

No matter how you measure it, inflation hasn’t been this high, or stayed this high, for over 40 years.

Chart via John Williams of Shadowstats

Listen: if you’re a regular reader, you know how much time I spent discussing inflation. I’m sure you’re tired of reading about it. Honestly, I’m tired of writing about it. I wish I could stop!

Here’s what worries me: 40 years is a long time. There’s an entire generation of people saving and investing right now who simply haven’t seen, and cannot imagine, the corrosive effects of high inflation on their savings. Four decades is long enough that even those who remember how it was last time may have forgotten. Those memories may have faded over time, become a little hazy around the edges.

That’s why I keep writing these columns. I’m speaking to the people who’ve never seen a stagflationary environment – to the people who did but who’ve forgotten (or weren’t following the story back in the 70s and 80s).

So, regular readers, I beg your continued indulgence. I sincerely believe this is important to the financial wellbeing of millions of Americans.

Because now we have a solid idea of just how long this 40-year-high inflation is likely to last.

A recent article by Rob Arnott and Omid Shakernia set out to figure out just how long we can expect this inflationary episode to last. They studied a number of inflationary episodes among developed economies and established several robust patterns. (It’s a great paper, and I strongly recommend reading it.)

Given the recent U.S. inflation rate, which has been above 6% for the last 12 months and above 8% for the last 7 months, history tells us that the median number of years to reduce inflation below 3% is 10 years, with a 20th to 80th percentile range of 6 to 19 years.

(“Median” here means the middle value in a range of data.)

As you’d expect, the higher inflation goes, the longer it takes to come down – that’s just logic.

But did you ever suspect that “longer” might be ten years? Or even the best-case scenario that Arnott and Shakernia establish – that this inflationary episode could be over as soon as six years?

The authors themselves point this out:

How many economists – let alone pundits and policy “experts” – have suggested we may have elevated inflation for six years, much less the longer outliers?

Answer: virtually none (other than Nouriel Roubini).

Based on their track record so far, what do you think?

Arnott and Shakernia call the Fed out in no uncertain terms: 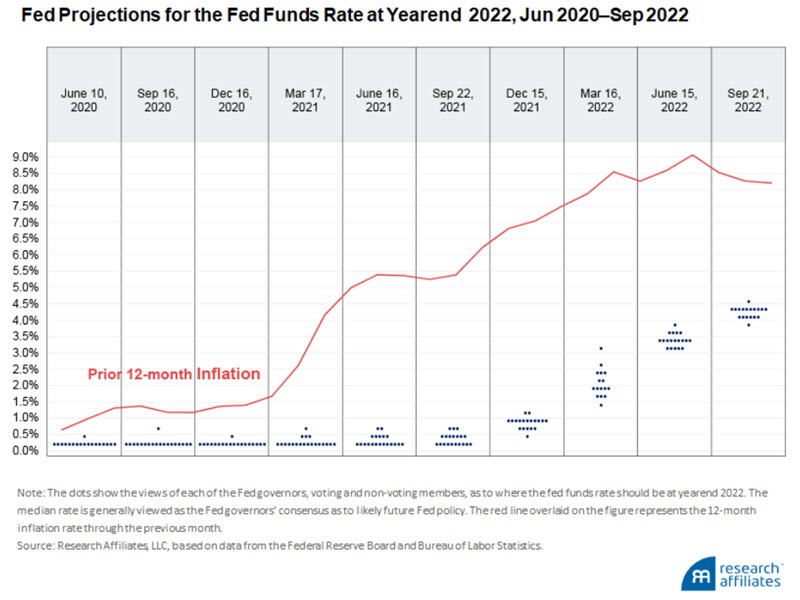 Events proved him wrong. And yet, this “dangerously optimistic” approach hasn’t changed. The Fed already reduced the last rate hike by 1/3 because they’re so afraid of “overtightening” they’d prefer to err on the side of continued out-of-control inflation!

Well, now we know, based on history and precedent rather than intuition and hope how long this inflationary era is likely to last.

Chairman Powell and the rest of the Fed’s Open Markets Committee can continue to engage in “dangerously optimistic” forecasts and statements. They have the luxury of hoping for the best.

The rest of us do not. No one wants to be stuck still hoping for the best 10 years from now…

Right now you might be asking yourself: “Where can I put savings during long periods of inflation?” That’s a great question, and you’re certainly not alone! One answer: inflation resistant investments. There are a number to choose from, with different characteristics. If you’re concerned about preserving your savings for the next decade (and longer!), that’s a good place to start.

Physical precious metals, especially gold and to a lesser degree silver, are widely regarded not only as inflation-resistant investments but also safe havens.

Then, the next logical question any reasonable person might ponder would be: “What makes precious metals like gold and silver good hedges against inflation?”

In essence, precious metals are valued independently of currency – when the dollar loses purchasing power, the price of gold and silver tend to go up (because it takes more dollars to buy the same amount of gold). There’s a bit more to it than that, but both gold and silver have a proven track record of stability and wealth preservation during times of high inflation.

Listen: I really hope that report is wrong, and the U.S. doesn’t experience even six years of excessive inflation. But hope is not a plan. If you share my concerns, please take a moment right now to learn more about diversifying your long-term savings with gold and silver.