Red-Hot Inflation Burning Up Budgets, Plans and Futures, Too… 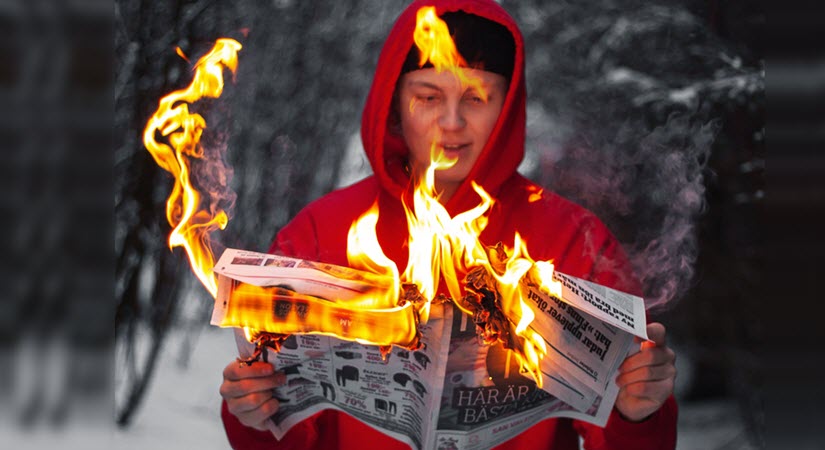 At this point, it has almost become cliché to say that “inflation is accelerating,” and that it’s taking a bite out of retirement savers income. But just how big is that bite?

According to this Moody’s analysis, that bite amounts to hundreds of dollars a month consumed by the tax nobody voted for:

Prices are rising on everything from energy to food to shelter, costing the average American household an additional $327 per month.

To put this into perspective, that’s the equivalent of a new car payment — except you don’t get to drive a new car. The latest release from the Bureau of Labor Statistics puts inflation at 8.3% annually, or the approximate equivalent of one month’s pay just to meet rising expenses.

Paychecks aren’t keeping up, either…

This is reality for millions of working families who are living through “Inflation Nation” right now.

It’s hard to reframe all this as good news! Saving for retirement while struggling to make ends meet might not seem like a priority. Regardless, if we ever hope to retire, we must do so.

With that in mind, here are three more realities that Americans are facing today, including one silver lining that offers some hope during times like these.

Inflation is less expensive for some people

Inflation running at historic levels not seen the early 1980s hits every American’s bank balance in way or another. But for some, inflation doesn’t take as big of a chunk out of the budget. CNBC’s Kate Dore gave a couple of examples:

Although gasoline prices spiked to another record high this week, older households tend to spend less on transportation than families ages 35 to 44, making them less vulnerable, the report found.

And some retirees may have the flexibility to buy less gas by combining trips or sharing rides, said certified financial planner Catherine Valega, a wealth consultant at Green Bee Advisory in the greater Boston area.

But does the rising cost of healthcare cancel out these savings? Thankfully, no:

Although the rising cost of healthcare is a concern, it’s not enough to offset the decreases in retirees’ spending on housing, food and transportation, said CFP Anthony Watson.

This tiny bit of good news is welcome during tough times like these.

But for other people who are trying to scrape together hard-earned dollars to enjoy their golden years someday, retirement may seem increasingly out of reach.

If your income level means making tough purchase decisions during normal times, then today’s record inflation can make those decisions much more difficult.

According to research published in November 2021, it’s not just lower-income Americans making compromises – even the middle class could be taking a hit:

Inflation reduces poor Americans’ quality of life, and rising gas prices specifically increase the cost of living for poor Americans living in rural areas much more than for richer Americans. Rising inflation is eating away at strong gains and wages and salaries that American workers have seen in recent months (average hourly wages in the U.S. actually fell 1.2% last month compared with October 2020 when accounting for inflation).

And according to recent analysis by the National Bureau of Economic Research, high inflation warp our perspectives long-term, creating the belief that inflation won’t ever ease up:

When they experience more inflation in their daily lives, they tend to expect higher inflation for the whole economy in the future. As a result, the widening dispersion in the inflation rates during the pandemic experienced by U.S. households provides one possible source for the rise in disagreement about future aggregate inflation during this period.

Essentially, this means that today’s high inflation makes us think it’s a “new normal,” and we change our spending habits accordingly. That’s terrible news for the economy, as consumer spending comprises 70% of the U.S. GDP.

Changing spending habits on an individual level can ripple across the nation – and we see Target stock dropping 24% in a single day. We see Walmart stock plummet record levels. Those are just a couple of examples of the shocking impact that millions of little, individual decisions can make for the nation.

We aren’t just spending less at the big-box stores, either. Historic inflation means that an awful lot of us are finding our long-term financial plans have to be downsized (or completely given up).

While inflation impacts near-term budgeting as it drains dollars from paychecks and savings across the country, longer-term financial goals are at risk as well.

In fact, another CNBC report revealed that most Americans saving for retirement are thinking that some goals might even be out of reach:

…buying a home, paying off debt and saving for retirement seen as the most challenging, the survey shows. Other concerns included starting or raising a family, buying a car, traveling and investing…

For most people red-hot inflation is changing not just our short-term budgeting, but also our long-term financial planning. We aren’t just downsizing our monthly grocery bills – we’re downsizing our entire futures.

That raises the question: What can we do about it?

But it is also a complex subject, with a lot of moving pieces that can make it challenging to understand “how it’s happening.” The good news is, you don’t have to be an economics major to start hedging against it.

Like we say on the page devoted to inflation-resistant investments:

Regardless of the causes of inflation, this erosion of buying power is of crucial importance to anyone saving for the future. You must consider not only how much money you have now, but how much of its buying power will be silently consumed by inflation in the years ahead.

Physical precious metals like gold and silver have centuries-long track records as good stores of value. Both, especially gold, are traditional safe haven assets. Diversifying your retirement savings with physical gold and silver could help preserve your savings regardless of the inflation rates we see in the years to come.

There’s also a great deal to be said about the peace of mind that comes from the confidence of owning physical gold and silver. How much is it worth to be able to sleep soundly through the next market meltdown?

Learning about the benefits of gold and silver could be the first step you take that helps you come to terms with the realities of inflation. And if you have any questions, the entire team at Birch Gold Group is standing by to help.