3 Ways Historic Inflation Has Changed Everything 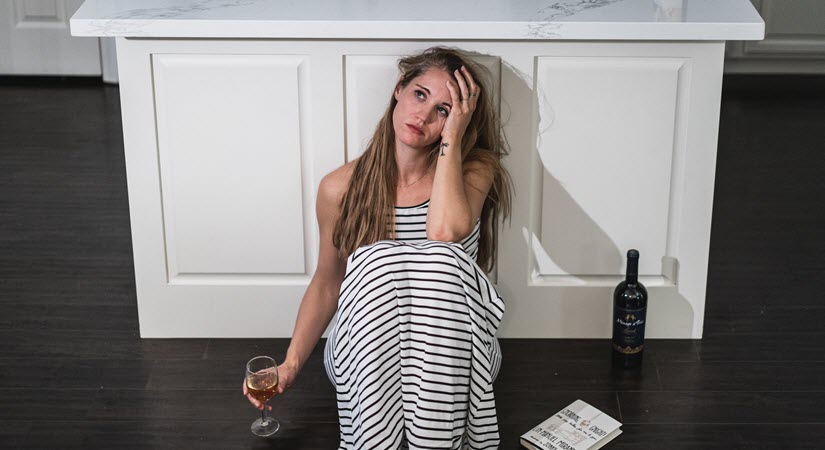 It’s hard to deny that inflation is the most pressing economic issue for most of us these days, whether we’re saving for retirement or just filling up our tanks at the gas station. Ask anybody what’s on their minds, and you’ll get an earful.

It doesn’t matter who you ask, liberals or conservatives. It doesn’t matter how you ask, according to a recent FiveThirtyEight/Ipsos poll. “What bothers you the most?” “What’s keeping you up nights worrying?” You’ll get the same answer:

52 percent of Americans said the most important issue facing the country was inflation. We asked Americans this question in a variety of ways, but regardless of how we asked it, the top answer was always the same: inflation.

You can see the issues, political affiliation, and what was most important below: 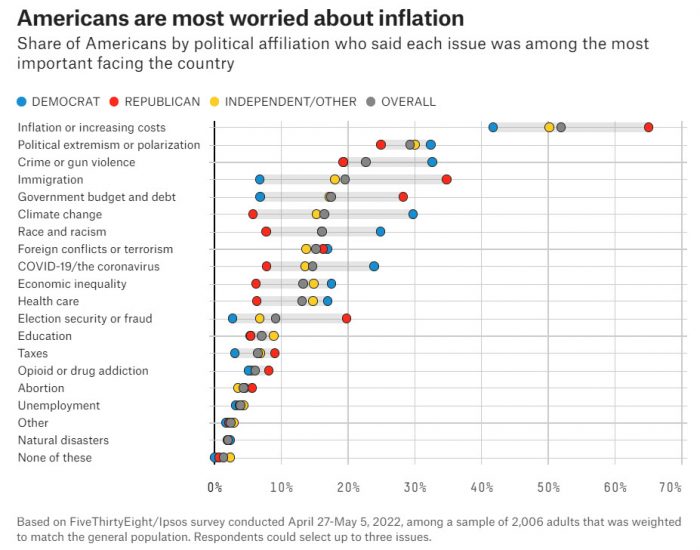 Keep in mind, we’re seeing 40-year record inflation right now. And because most of us weren’t making our own economic decisions the last time we saw inflation like this (late 1970s into the mid-1980s), a slim majority of those polled said today’s inflation was “the highest since World War II.”

The FiveThirtyEight researchers claimed those people were “incorrect,” but is that really true?

One look at a chart using the same methodology to calculate inflation that the Federal Reserve used back in the 1980s (the blue line below) tells a different story. Seems like the researchers (rather than those polled) were the wrong ones here.

See for yourself (the red line is the “new, improved” inflation calculation the Fed relies on today):

It might not be politically correct to say so – even so, an apples-to-apples comparison makes it pretty obvious that our dollars are losing value even faster than at the peak of the stagflationary decade.

Today, I want to spend a little time informing you about three of the less-obvious ways inflation is affecting your purchasing power.

If you wanted to figure exactly when the dollars in your savings would halve in value, it’s not an easy calculation. But one “back of the napkin” way to approximate it is called “The Rule of 72.” Back in the good old days, before zero interest-rate policies became the rage around the world, we used the Rule of 72 to figure out how long it would take our money to double at a given APY. Simply divide 72 by the prevailing interest rate.

(This is a particularly depressing exercise using the current average savings account yield of 0.07%…)

These days, we’re using the Rule of 72 to calculate about how quickly purchasing power is cut in half. CNBC explained it this way:

To do this, divide 72 by the annual inflation rate. Using this formula, consumers’ money would halve in value in roughly 8 to 8½ years. (Seventy-two divided by 8.6 equals 8.37.)

You can see why it’s such a challenge to plan for future retirement in today’s dollars!

The article also assured us that today’s historic inflation isn’t likely to last the entire eight years necessary to completely cut your savings’ value in half your savings. I for one certainly hope that’s the case!

At the same time, I must note that the inflationary peak during the mid 1970s abated temporarily, before returning with a vengeance in 1979 – and hung around four years before the Fed finally dragged it down. (Causing two severe recessions in the process.)

If you were to combine those back-to-back periods of inflation, they lasted a lot longer than eight years. If something even remotely close were to happen today, it would severely disrupt financial planning across the board. The pandemic panic was bad enough!

So let’s hope that doesn’t happen.

There’s another legacy of the pandemic panic that might’ve made today’s situation worse.

When the COVID-19 virus started spreading in the U.S. (as respiratory viruses do), the Federal Government and the Fed responded in unprecedented ways.

In addition to locking down businesses, the government cut a series of “stimulus checks” through various pieces of legislation. The intent was to ease the financial burden caused by the “necessary” pandemic lockdowns.

Free money for everyone – hooray!

Alas, the government forgot the difference between money and wealth.

There’s inflation across the board, and the U.S. is experiencing kind of a uniquely higher inflation. I think it’s driven by not just the stimulus payments themselves, but the size of the relief overall.

A lot more money – a windfall, to some people – made a lot of people feel wealthier. And is now impoverishing every single American.

People are finally waking up and changing the ways they’re spending their hard-earned dollars.

Toluna conducted a survey of 1,000 Americans, and discovered they’re expecting to pay more for just about everything:

Due to these price increases, 61% of Americans say they’re worried about their financial situations… Many Americans now expect they’ll have to spend more on a range of purchases, from personal care and home improvements to experiences such as vacations.

Short of getting inflation under control, the only thing the government can do about it? The same thing they did before: give everyone more free money. And we’ve already seen how that worked out…

As novel as today’s raging inflation feels to most of us, there’s some actual good news.

History offers not only a record of what happened last time, but it also contains clues that can help guide our decisions.

“Those that fail to learn from history are doomed to repeat it.”

Like we wrote in our stagflation explainer, an increase in one price category can impact many:

The 1973 oil embargo is a good example from recent U.S. history. At the time OPEC cut its oil exports to the U.S., oil prices quadrupled over the next six months and remained high even after the embargo ended.

A price increase on particular goods and services does not necessarily indicate an inflationary environment. Instead, inflation is seen as a sustained increase across prices in general, most often measured by the Consumer Price Index (CPI). Some goods are particularly important, though. A sudden price increase in an essential product like crude oil effectively raises prices not just at the gas pump but across the entire supply chain.

Now’s a good time to brush up on your history. The good news is, we’ve seen this movie before and we know how it ends.

If you don’t want to waste time with history or the Rule of 72, it’s probably worth your time to learn how physical precious metals can fit into your financial plans.

This time, let’s learn from history, so we won’t be doomed to repeat it.