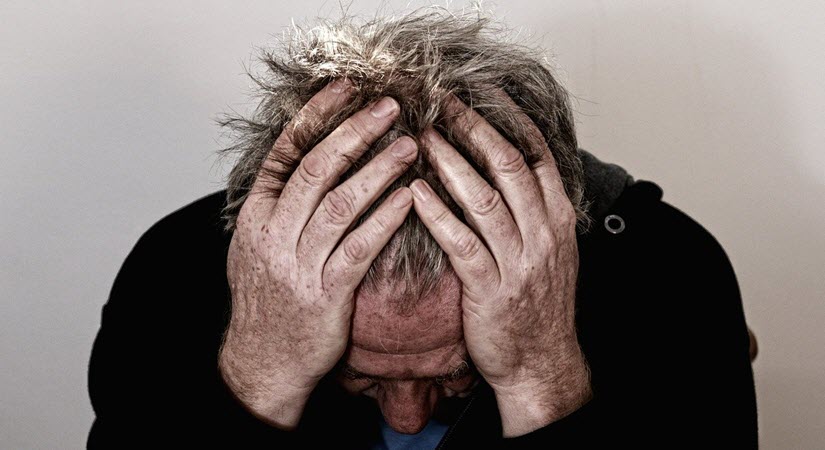 Retirement savers might be staring down the barrel of a rough decade (or two) ahead. That means your magic number, a goal like “saving $1 million for retirement,” could get a lot more challenging, if it’s possible at all.

If you’ve done basic retirement planning, then you have a good idea exactly how much you need saved away in order to live the life you want too after retirement. For example, Fidelity recommends retirement funds of at least 10x your annual income.

The specifics don’t really matter right now. The important thing is, you know what your magic number is.

There’s just one problem… Your magic number is a moving goalpost.

$1 million may not stretch nearly as far as you’re hoping it will. In fact, you may be shocked at just how little income you’d actually end up with if you hit your $1 million goal but didn’t do so until far in the future.

See, most people don’t think of their savings in terms of “purchasing power.” No, we all tend to think of our wealth as equivalent to some number of dollars.

The same Motley Fool article explains why this matters: “[…] if you’re working now on saving $1 million for a retirement that’s 30 years away, your nest egg is going to be worth far less in real terms once you take inflation into account.”

Inflation always eats away at the buying power of every dollar you save. It’s like the story of Pablo Escobar:

Pablo was earning so much that each year we would write off 10% of the money because the rats would eat it in storage.

Inflation is like those rats, eating away at your savings.

The farther away your retirement date, the more your return on investment will factor into your magic number. (By the way, have you already decided to start adjusting your magic number for inflation every year?)

What if you aren’t retiring 30 years from now? What if you’re planning to retire soon?

Your buying power could be in for a bumpy ride, even if you already have $1 million saved for retirement. So let’s take a closer look at the insatiable inflation rats…

Consumer Price Inflation to the Moon!

Overall inflation has been skyrocketing over the last two months of reporting, jumping from 1.7% in February to 4.2% in April 2021. That also means official CPI inflation is at its highest rate in a decade. (In a strange coincidence, this was also the last time Biden was in the White House as VP.)

You can see how the last decade has played out in the line graph below.

Overall CPI has risen 247% from February to April 2021 in just 3 months. That’s steep but not quite unprecedented in U.S. history. On the other hand, the trend doesn’t leave much room to hope for a sudden reversal, at least in the near term.

Food prices have also been on the rise since March of 2020, and that trend doesn’t look to be slowing any time soon (see chart). 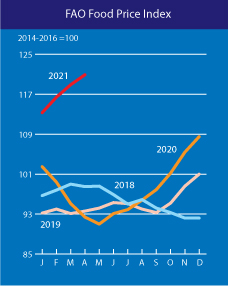 From the Food and Agricultural Organization (FAO) we get the bad news about the recent increase:

The increase marked the eleventh consecutive monthly rise in the value of the FFPI to its highest level since May 2014. The April rise was led by strong increases in the prices of sugar, followed by oils, meat, dairy and cereals. [Emphasis added]

For retirement savers, working hard towards a magic number like $1 million could seem like a pipe dream for now. But it’s even more difficult to imagine saving this much when bread starts costing $10 a loaf, or when gasoline hits $8 a gallon…

“Price at the Pump” Eats Away at Your Savings

Just last month, we warned inflation in energy prices might get “white hot” as March’s reading increased by 13.2%.

Only one month later, April’s energy inflation came in at a staggering 25.1% increase, according to the Burea of Labor and Statistics. 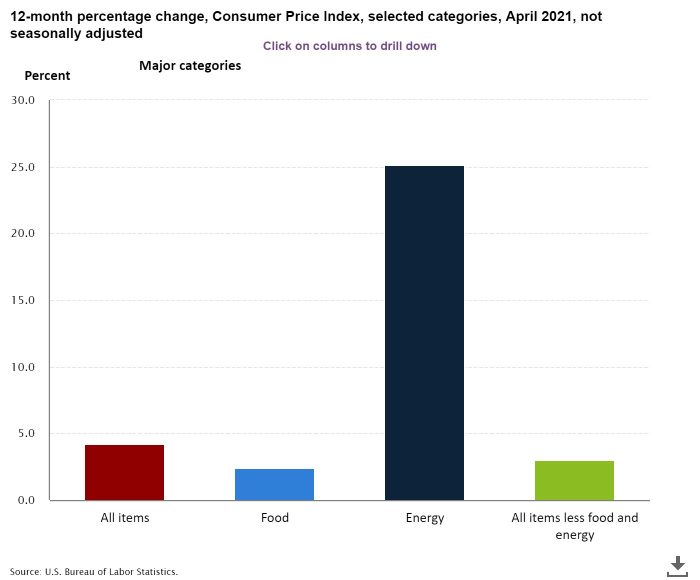 Most of the increase came from a massive increase in gasoline price: “The biggest increases were recorded for gasoline (49.6% vs 22.5% in March).”

Keep in mind, these increases do not include the recent gas price spikes triggered by the Colonial Pipeline cyberattack, but that’s certainly not helping. (May’s numbers will undoubtedly trend higher.)

So it’s quite obvious that the price of gasoline won’t return to normal in the near term, and it seems poised to go higher. It isn’t easy to kill the rats…

Rising food prices, skyrocketing energy costs, and overall CPI increases are going to make it more challenging (and less meaningful) for any retirement saver to achieve their magic number.

This might be a good time to make a “plan B,” if you haven’t already.

Robert Wenzel is famous for telling savers to “Hug your gold coins” during inflationary periods like these. It might be a good time to revisit his advice. The inflation rats can’t eat gold, and they know it…

Examine your retirement plan. Reallocate your investments as you see fit, paying special attention to those that don’t Since 2005, physical gold and silver have both grown in value (silver up about 4x, gold up about 4.5x) in value and tend to thrive during periods of intense inflation. Why?

We are in one of those periods now.

Since 2005, physical gold and silver have both grown in purchasing power (silver up about 4x, gold up about 4.5x). That also means they can act as a stable store of purchasing power in case you start seeing $6 bread or $18 per gallon gasoline.

Remember, the rats are circling around, and they are hungry. Could you face feeding them 10% of your buying power every month?