Home » Blog » The Biggest Mistake of the Inflation Reduction Act

The Biggest Mistake of the Inflation Reduction Act 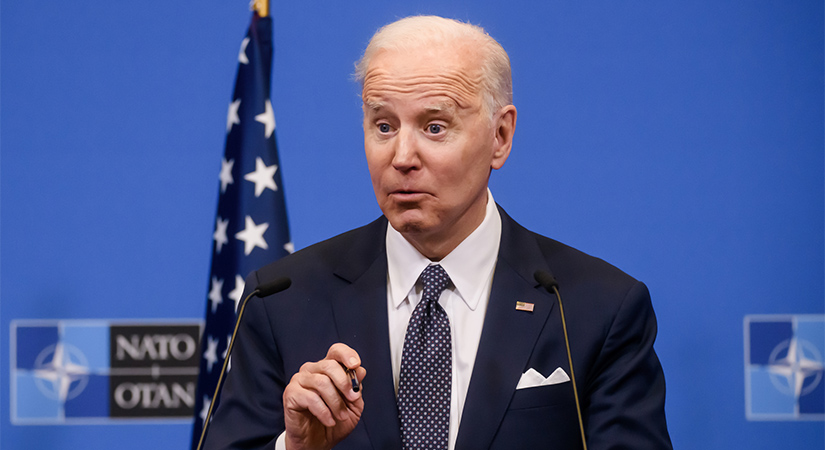 "Well, if you can't afford a turkey AND a ham this Thanksgiving, just flip a quarter to help you decide. You -- you don't have a quarter? I guess you could use a nickel..." Image © Gints Ivuskans

For older Americans who are saving for retirement or have already retired, President Biden’s “Inflation Reduction Act of 2022” will have several potential impacts.

Let’s take a quick look at a few of these impacts, starting with three key benefits that the Act will provide mostly for seniors.

Under the current law, the Medicare program is banned from negotiating drug prices. You have to pay the market price… But with the new law, they actually have to negotiate, and they think that will cause the prices of drugs to drop across the market.

This benefit “will be phased in over time” and will not cover every single drug on the market. If you’re on Medicare Part D, pay close attention whenever you visit the pharmacy counter, and see if this legislation has worked on your behalf over the next decade.

The second benefit that the Inflation Reduction Act will eventually provide retirees is fairly straightforward. Starting in 2025, Medicare beneficiaries’ out-of-pocket spending for prescription drugs will be capped at $2,000 annually.

While that might not help older Americans during bad economic times, but it’s still something to look forward to.

The third benefit is also easy to understand. According to the same U.S. News article cited above, the RAND Review tells us:

Diabetes is one of the most pervasive, deadly and expensive diseases in the United States. “More than 30 million people have it, and nearly a quarter of them use insulin to manage their symptoms and prevent life-threatening complications.

The Inflation Reduction Act addresses this problem by capping the monthly cost of insulin at $35 for Medicare recipients for the next three years. In 2026 and afterward, the amount paid for insulin will either be the lesser of $35 or a pre-negotiated amount.

These benefits will certainly be welcomed by Americans on Medicare. But that still leaves one important promise made by Biden’s Act up to chance at best.

One (very) small problem with the Inflation Reduction Act

You might expect that an Act that claims it will reduce inflation will do exactly that. If you were expecting that, however, you might feel like you have been short changed.

That’s because, according to analysts at the Penn Wharton Business School, sure looks like the Inflation Reduction Act won’t actually reduce inflation at all:

We estimate that the Inflation Reduction Act will produce a very small increase in inflation for the first few years, up to 0.05 percent in 2024. We estimate a 0.25 percentage point fall in the PCE price index by the late 2020s. These point estimates, however, are not statistically different from zero, thereby indicating a very low level of confidence that the legislation will have any impact on inflation.

Wharton’s analysts didn’t believe their own conclusions at first, so, like proper scientists, they checked their math. They used a different economic model but still reached the same conclusion:

The impact on inflation could be positive or negative; regardless, it would be too small to be detectable in PCE inflation estimates that the Bureau of Economic Analysis reports to the first decimal place.

So no matter how the Penn Wharton school looked at the legislation’s effects on inflation, they were too small to measure.

In conclusion, President Biden’s so-called Inflation Reduction Act is about neither inflation nor reduction!

Don’t misunderstand – capping out-of-pocket expenses for medication will help those living on fixed income stretch their dollars. However, the average American family spends less than 1% of their budget on prescriptions.

Are you investing for retirement right now? One other item you should be aware of – the “Inflation Reduction Act” will impose a tax on corporate stock buybacks. Does your family earn $400,000 or more a year? Congratulations, the White House now considers you among the “tax dodgers” and will soon be “cracking down on millionaires, billionaires, and corporations that evade their obligations.”

Meanwhile, everyday Americans are still paying the “tax no one voted for.” According to a recent column by Dr. Ron Paul, those of us who save rather than spend our money have lost “an absolutely jaw-dropping $4 trillion since 2008.”

The Biden administration has made it absolutely clear they don’t care about what everyday Americans need. They aren’t looking out for our best interests.

At this point it’s every American family for themselves

Lower prices on prescriptions? Super. Affordable insulin for those who need it? Great!

The rest of us? Well, we’re being actively robbed by 40-year-high inflation and punished by an absolutely brutal bear market in both stocks and bonds.

Let me say it once again: the White House doesn’t share our priorities. If they did, we’d see less inflationary government spending, not more!

The Federal Reserve doesn’t share our priorities, either. If they did, they wouldn’t have robbed American savers of $4 trillion!

Your (and your family’s) financial security is up to you.

That’s an incredibly important responsibility. The good news is, you have the power to make your own choices – and you have options.

In my Red Cross emergency first aid course, they drilled one concept into us from the start:

With that in mind, right now is a good time to take a few minutes and learn about inflation resistant investments. At the very least you can stop inflation bleeding away your purchasing power.

Among the many options at your fingertips, you may find security in diversifying your savings with uninflatable, safe-haven assets like physical gold and silver. A precious metal IRA is one of the so-called “alternative investments” you’ll never hear about from a financial advisor or Wall Street talking head. Gold tends to go up when stocks go down – and the Federal Reserve can’t print more of it.

Diversifying with gold and silver can help give your savings, and your financial future, a firm and stable foundation to build on.

No matter what you choose to do, I strongly recommend you get started right now. Remember, it’s up to you.

Leaving our financial well-being up to bureaucrats and politicians is not a viable option. You could choose to do nothing, and hope for the best…

But hope isn’t a plan. Personally, I prefer to hope for the best while preparing for the worst.