5 Ways the “Inflation Reduction Act” Is Stealing Your Money 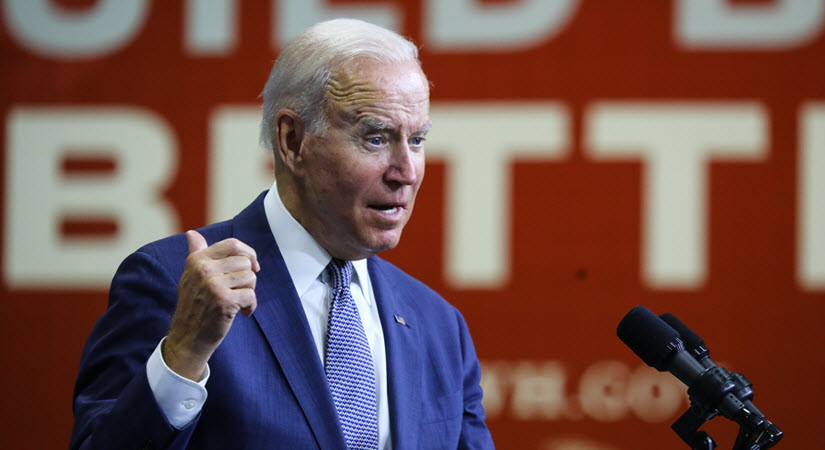 Thanks to this “Inflation Reduction Act,” our lives are about to get even more expensive for just about everyone. If you’re saving money for retirement, heating your home or driving a car, well, get ready to start paying higher prices.

That’s because of several new taxes that were tucked away in the 274 pages of the Inflation Reduction Act. Those new taxes have become law as of January 1st, 2023.

I’d argue this is a clear contradiction of Biden’s campaign promise that he wouldn’t tax Americans who have annual incomes under $400,000. This is open to debate, however – because the new taxes we’re discussing today don’t target the average American household directly. Rather, everyday hard-working families are collateral damage of the Biden administration’s battle against “greedy corporations, evil energy companies” and the like.

So let’s go through five new taxes aimed at the “greedy” and “evil” that will ultimately punish everyone.

What’s wrong with taxing the greedy and the evil?

If we view taxes as punishment (rather than as a method to finance public services), then we can understand why any administration would want to raise taxes on the “greedy” and the “evil.” Honestly, if a company or industry is actually evil, you’d think law enforcement rather than the IRS would get involved? Regardless, it’s easy to feel good about out-of-favor businesses and industries being punished.

Simon Black summarized a very useful way to think about tax increases, regardless of who signs them into law and whatever their stated purpose. Taxes that seem to focus on “big businesses” and “unpopular industries” don’t stop there:

That’s because taxes, like sh*t, always roll downhill. Think about it – a ‘corporation’ can’t actually absorb the cost of taxes. A corporation is nothing but pieces of paper. It’s not real.

The burden of additional taxation falls onto the owners of the business… and onto the consumers who buy its products.

Remember when President Biden threatened to tax oil companies for making “excessive profits” a few months back? I concluded that the President either doesn’t understand basic economics, or is willing to pretend not to for political purposes.

Because Black is right! Corporations don’t just absorb higher costs – they pass them on to customers.

So anytime taxes go up on an industry or a company, who ultimately pays the bill?

You do. I do. The American taxpayer does.

Here are the new bills we’ll be paying this year…

These five new taxes will raise our cost of living

A report by Americans for Tax Reform explained how one of the five tax increases will raise your cost of living.

The first is a regressive tax on American oil and gas development. The tax will drive up the cost of household energy bills. The Congressional Budget Office estimates the natural gas tax will increase taxes by $6.5 billion.

A letter to Congress from the American Gas Association warned that the methane tax would amount to a 17% increase on an average family’s natural gas bill. Democrats have included a tax in the bill despite retail prices for energy surpassing multi-year highs in the United States.

(Note: calling a tax “regressive” means that it affects everyone, regardless of their ability to pay. The opposite of a “regressive” tax is a “progressive” tax, which is levied proportionally to income.)

Higher prices on natural gas are a big deal! About 40% of our consumption is used to produce electricity, and another 30% for residential heating and cooking.

So, by penalizing American energy development, this tax will (indirectly) raise electricity and heating bills for many families.

a 16.4 cents-per-barrel tax on crude oil and imported petroleum products that will be passed on to consumers in the form of higher gas prices.

Now, remember, this same bill has already penalized oil and gas development here in the U.S. At the same time, the “Inflation Reduction Act” is raising prices on energy imports, too!

But we’re not done yet…

Listen: I’m not particularly a fan of coal as an energy source. But more than doubling the tax on coal while raising taxes on oil and gas development and importing all at the same time? That’s a deliberate declaration of war on the entire energy industry.

What’s the purpose? It doesn’t matter, because regardless of whether or not these three taxes achieve their intended purpose, they will absolutely raise energy prices for everyone.

Well, now that we’ve devastated the U.S. energy industry, let’s turn to the more general war on investors concealed in the “Inflation Reduction Act.” These are a little more subtle, and might be a bit harder to understand, but bear with me – it’s worth it.

a new federal excise tax [on investing income] which will reduce the value of household nest eggs. Raising taxes and restricting stock buybacks harms the retirement savings of any individual with a 401(k), IRA or pension plan.

This tax specifically makes it more expensive for corporations to buy back their own stock. Corporate buy-backs have become a popular alternative to dividends. When a company issues a dividend, investors pay up to 20% tax on that dividend income. Companies figured out that they could buy their own shares from investors on the open market – which reduces the number of shares in circulation, and subsequently raises the share price.

Investors who own shares of the company benefit from the higher share price without paying taxes on the increase (at least, not until they sell the shares – possibly never if they own those shares in a Roth-type retirement account).

Are share buybacks a good idea? I don’t know. Are they more tax efficient for investors than dividends? Yes. Now, everyone who invests in stocks will pay this indirect tax.

a 15 percent corporate alternative minimum tax on the financial statement income of American businesses reporting $1 billion in profits for the past three years. The cost of this tax increase will be borne by working families in the form of higher prices, fewer jobs, and lower wages.

Once again: raising producer prices doesn’t just punish producers – it punishes everyone who buys their products.

To be clear: the “Inflation Reduction Act” won’t lower inflation. (After all, as Dr. Ron Paul reminded us, all inflation comes from just one place. The only way to lower inflation is to stop printing money to finance massive government deficit spending.)

The “Inflation Reduction Act” won’t lower prices, either – quite the contrary! As we’ve seen, prices are extremely likely to rise across the board – and virtually guaranteed to rise for gasoline, electricity and natural gas.

Our cost of living will go up this year. On top of prices continuing to surge thanks to actual inflation from the massive increases in money supply. In the face of a recession (either already underway or imminent, according to virtually every economist).

Rough economic times are ahead. I think it’s a good time to consider ways we can add stability to our financial futures.

Creating your own economic stability

For now, only two things are absolutely certain (as Ben Franklin famously said): “Death and taxes.”

As we’ve seen, it’s virtually guaranteed that we’ll be paying higher prices, thanks to inflation and these misguided tax hikes, for the rest of this year at least.

One of the major challenges we face when considering the future, especially our personal financial futures, is uncertainty. That’s really what the Ben Franklin quote is about. In the absence of certainty, we have to guess what we should be doing today that will turn out, in hindsight, to have been a smart move years or decades down the road.

To that end, let me share a story from Jefferey Tucker on inheriting his father’s gold and silver coin collection:

Gold keeps its value. But more than that, it symbolizes what it means to keep our values, as people, as societies, and as nations. They are physical objects but more than that, they embody a philosophy of living.

Think about this. One day your children or grandchildren will be rifling through your stuff and they might come across your collection of gold and silver… In a world of fleeting values and ceaseless and often pointless change, here we have something that we can both believe in and own. It’s real wealth, wealth for the ages, stuff we can carry in our pockets.

Here’s the thing: Presidents come and go. Tax laws are revised, refined and amended constantly. The IRS itself might change dramatically over the next decade or two.

But you could make a move today that could provide long-term benefits: learn more about physical precious metals and what it means to own “real wealth for the ages.” Would such an option help you and your family navigate the uncertain times ahead? For tens of thousands of people just like you, the answer is yes.