Contrary to government estimates, the real rate of inflation is up to 7+%. What happens if the truth comes out? 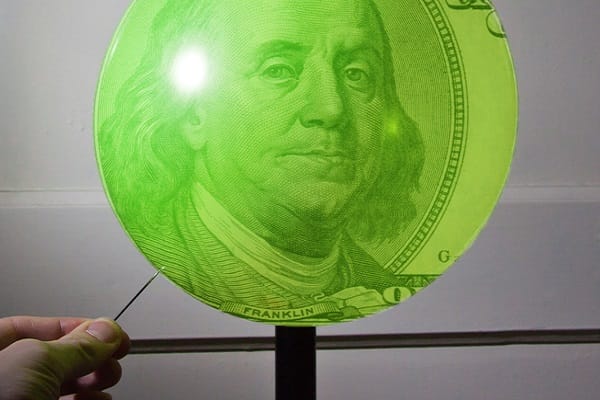 Contrary to government estimates, the real rate of inflation has skyrocketed over the past several years to upwards of 7+%. What happens to the system if/when the truth comes out, and how can you act to avoid letting this unseen wave of inflation from slowly dismantling your savings?

Why official inflation estimates can’t be trusted
In a thorough breakdown of the state of U.S. inflation, Charles Hugh Smith documents what can only be described as a shocking revelation about how much spending power Americans’ dollars have lost over the past two decades. Smith’s argument always comes back to a common theme: The unavoidable purchases that all Americans are forced to make at some point in their lives (college tuition, housing, transportation, etc.) have risen in cost at a rate that far outpaces the mere 1% inflation rate our government claims.

You don’t have to be a PhD to prove it either. You’ve probably felt the impact yourself. Smith says it’s “hiding in plain sight” — at the supermarket where you’re forking over more money for fewer goods of lower quality, in your health insurance premiums clocking in at over $10,000 more than what official inflation says they should be, and your kids’ college tuition costs that are now running at double-digit inflation.

Going from bad to worse…
It’s troubling enough to consider the idea that 1% of your wealth is evaporating each and every year. With interest rates sitting stagnate at their lowest levels in years, standard safe haven investments like CDs and savings accounts would leave you struggling to even break even. And that’s if the government’s obscenely conservative estimates of inflation were actually true!

When you consider the evidence and begin to realize that inflation is realistically closer to 7% or more, the outlook becomes a lot scarier. Unless you’re a professional financier with decades of experience and millions of dollars, beating that kind of inflation feels nearly impossible.

The really unsettling part is what could happen when the system finally wakes up and realizes what’s happening here. Smith explains that such a realization could create a fracture in the private lending sector, which in turn would likely set off a chain reaction that leads to a collapse of the entire economy. Smith writes:

Any serious decline in private and state borrowing would implode the entire system… Recall that a very modest drop in new borrowing very nearly collapsed the global financial system in 2008-09, as the whole system depends on a permanently monstrous expansion of new borrowing to fund consumption, student loans, taxes, etc.

How much have you already lost?
Considering the fact that we seem to be dealing with a far more aggressive rate of inflation than any official sources will admit, it’s an unfortunate truth that – unless you’re not actively fighting against it – it’s costing you a massive chunk of your savings. Sadly, it has probably already cost you more than you realize, since this phenomenon has been snowballing for the past several years.

However, there is still a way to stop the bleeding, and possibly even make up for lost time.

Ultimately, throughout the course of history, only one strategy has proven to keep runaway inflation from leaching your savings away to nothing: Sock away money in investments that inflation can’t touch!

As resources with a finite supply – something that the government can’t simply print on a whim – physical precious metals such as gold and silver can help to protect your nest egg from the ravages of inflation. When you’re ready to get started, we’ll be here to help.