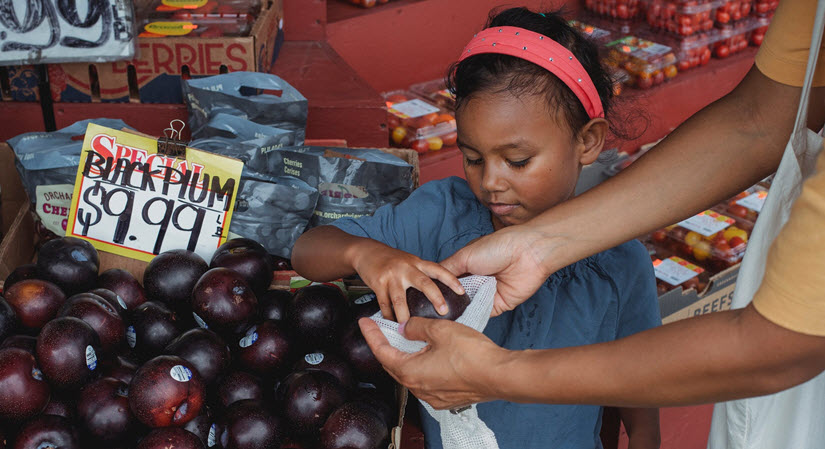 Could we possibly see official inflation top 10% over the coming months? Robert Wenzel seems to think so. (The official rate of inflation has already jumped from 1.7% to 2.6% just recently).

A quick look at ShadowStats reveals a rather dark state of affairs with “real” inflation (based on the pre-1990 official methodology) already topping 6% and rising fast.

According to Dr. Michael Busler, a finance professor at Stockton University, the economy is set to “take off,” thanks in part to some state governors who finally opened their economies back up.

But any economic recovery that does happen could be reduced to a mirage thanks to rising inflation. Even Dr. Busler says that’s a problem, hinting at the possibility of stagflation in the near future:

The problem is inflation or, worse yet, possibly stagflation. The U.S. has not experienced an inflation problem since 1981. Because inflation hit 13%, the Federal Reserve (Fed) took action.

We already reported on the ominous surge in energy costs that appeared recently. And if we return to Busler’s analysis, he revealed that the annual rate of inflation more than doubled from January to March of this year:

Even Coca Cola is raising prices on its drinks, which is something it hasn’t done since 2018. The cause? Higher commodity costs, according to CFO John Murphy. He told an industry publication the company was “closely monitoring upward pressure in some inputs such as high-fructose corn syrup, PET [plastic], metals and other packaging materials.”

“We are well-hedged in ’21, but there’s pressure built up for ’22, and so there will have to be some price increases,” CEO James Quincey told CNBC.

Now, that might not strike you as particularly concerning. You might even be thinking that higher soda prices would encourage Americans to make healthier choices. It’s not just Coca-Cola, though… Food giants like Nestlé, JM Smucker and General Mills have also announced imminent price hikes, along with diaper-and-toilet-paper maker Kimberly-Clark.

Actually, it’s pretty much everything. The Producer Price Index (PPI) is the business version of the CPI (the most widely-reported, if flawed, measurement of consumer price inflation). A look at the PPI can give us some insights regarding where inflation enters the picture.

Here’s a chart showing changes in commodity prices for those basic ingredients manufacturers buy, plus the overall growth in producer prices since June 2018:

Now, rising costs are problematic for manufacturers. However, they can choose to pass those rising costs on to the end user in the form of higher prices. The end user doesn’t have this luxury; the choice is whether to pay the higher price or not buy at all. (And when it’s a higher price on a necessity, like food, there’s no real choice, is there?)

So even if the economy “takes off” as optimistic analysts keep banging the drum about, that recovery could quickly disappear, swallowed up by out-of-control inflation.

How the Mirage of Economic Recovery Continues to Build

Nobel Prize-winning economist Paul Krugman (who once compared the economic impact of the Internet to fax machines) seems to be running cover for the Fed’s inflation blindness, according to Robert Wenzel. Now, according to Robert Wenzel, Krugman might be running cover for the Fed’s inability to see inflation.

In a recent New York Times column, Krugman poo-pooed the price inflation seen above, calling it “blips” and “supply-side bottlenecks.”

Wenzel points out a pretty big omission from that Times apologia: “Krugman does not mention, not once, the Fed money printing as he discusses the coming price inflation.”

Yet that “money printing” can be seen pretty clearly on the official graph below, where we can see that about 25% of the total U.S. dollars in existence appeared in the last year:

“He has to understand that money growth is playing a major role in price inflation,” Wenzel said, referring to Krugman. But maybe he’s blind to the consequences of Modern Monetary Theory, like so many others.

As you might expect, between all that cash flying around and the spike in PPI, consumer purchasing power continues to take a dive. On the chart below, you can see it tumbling from March 2011 to present:

What do you get when you have too much cash, rising prices for both inputs and outputs, and a decline in purchasing power? Looks a lot like a solid launchpad for rampant inflation.

Maybe that’s part of the plan. Maybe the Fed and the Treasury and the President will agree with Krugman, dismissing these inflation leaps as “blips” and point instead to how fast GDP is growing. If GDP is up, we must all be better off. Right?

Alas, no. As Patrick Barron points out, GDP captures inflation and calls it economic growth:

For example, in the past month or so the price of a gallon of regular gasoline in my home state of Pennsylvania has gone up from just under $2.50 to around $3.00. That’s a 20 percent increase in price. Since gasoline consumption changes little in the short run, selling the same volume of gasoline at a higher price causes GDP to go up. But our standard of living just went down! Our increased dollar spending on the same amount of gasoline had to come from somewhere. We had to cut back somewhere else, either some other consumption item or, most likely, a reduction in savings. Whereas government says that the increase in GDP means that we are better off, actually we are worse off.

It’s going to be really tough for consumers to improve their own situations in a “recovering” economy if the whole thing ends up being a charade propped up by worthless money, where inflation is hailed as economic growth.

Gold and Silver Can Hedge Against Inflation Brutality

If inflation rockets over 10%, you can be sure it will be a long time before things return to normal. The good news is that hasn’t happened, not quite yet.

You don’t want to be left unprepared if inflation spirals further out of control. The Fed is either helpless to do anything about it, or deliberately promoting it. So build your boat before the storm starts.

Review your retirement savings, make sure you’re properly diversified to enjoy growth as well as hedged against downside risk. Consider adding physical precious metals like gold and silver to your savings. This is one way to hedge your bets against an inflation-blind Fed. Just look at the purchasing power charts above, and consider: an ounce of gold in 2011 is still an ounce of gold today. It will remain an ounce of gold tomorrow, next month, next year, regardless of the churning printing presses.