Home » Blog » Infrastructure or Pensions – States are Only Choosing One

Infrastructure or Pensions – States are Only Choosing One 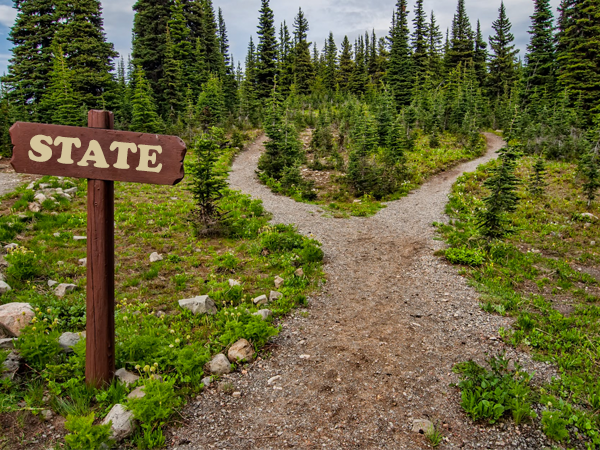 There are currently two crises in the U.S. in need of attention: infrastructures and public pensions. Unfortunately, this twin crisis appears to have developed into an “either-or” crisis.

According to a recent article at Barron’s, States will have to choose one or the other (emphasis ours):

There is an infrastructure crisis in America. The U.S. earned a D+ in infrastructure for 2017 from the American Society of Civil Engineers. State pensions aren’t in great shape either. They are underfunded by an astounding $6 trillion. And as Barron’s Randall Forsyth points out, U.S. states face a dilemma: they need to fund both infrastructure and pensions, but have trouble doing either.

To put the big picture in perspective…

Worldwide pensions are approaching a $400 trillion shortfall, and mathematically may not survive much longer in the U.S. even if fully funded.

Meanwhile, the American Road and Transportation Builders Association (ARTBA) shows there are 47,000 structurally deficient bridges across the U.S. (see map below): 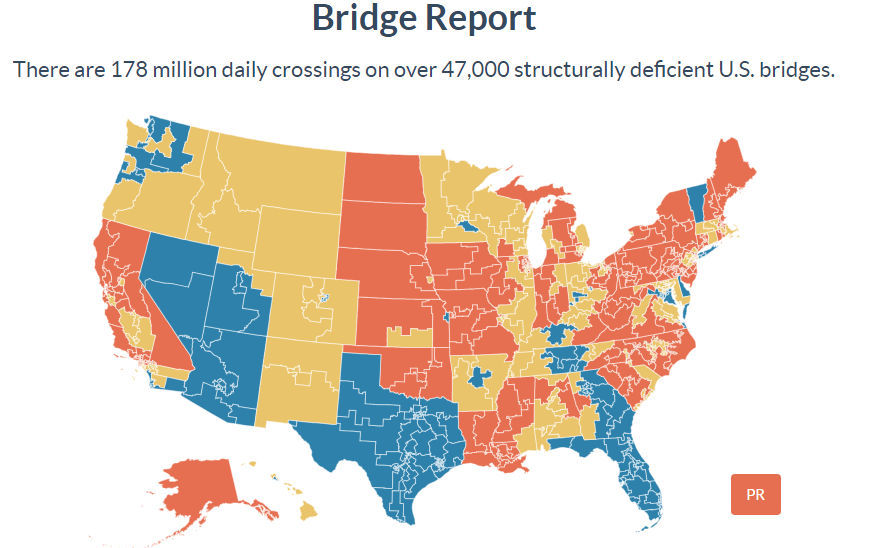 According to the map, there are over 178 million daily crossings on those structurally deficient bridges. That works out to almost 3,800 crossings per bridge on average. And this is just bridges… we haven’t even accounted for roads!

So infrastructure is as much of a crisis as pensions are. Since States have a limited budget, which problem will they focus on?

The States May “Throw Their Hands Up in the Air”

Barron’s described one pension problem as “generous promises” made by politicians to public employees from an era of higher interest rates:

Lower rates appear to match the current reality, however. So retirees who were promised a decent return for their contributions are now being left stranded.

The Barron’s piece finishes with a rather stark conclusion. In the face of this monumentally challenging decision, it’s possible the States may not do much, if anything:

As the 2020 elections approach, neither of these crucial problems is getting much attention. Infrastructure was a buzzword in the 2016 elections, but not much has happened since. As for public pensions, they’re not Washington’s problem.

To reiterate, retirees who have a public pension are “not Washington’s problem.”

The crisis is not being completely ignored, as “solutions” have been in discussion. However, the most recent appear to be toll roads or congestion taxes. Neither solution is appealing.

Don’t Wait for States to (Maybe) Choose You

Round and round we go, where this political “merry-go-round” stops, nobody knows. But it sure seems like the State isn’t going to help much.

This particular “either-or” crisis could be here sooner than expected, and States don’t appear to be able to deliver on politician’s promises. It’s time to consider building “self-reliance” into your retirement. This involves diversifying your assets into a variety of investment risks and categories such as physical gold and silver as a way to take control and protect your savings.

Don’t wait to see if the States choose to help you because chances are, they won’t.