Iran has been permitted by the U.S. government to obtain 13 tons of their gold as part of a sanctions relief program. 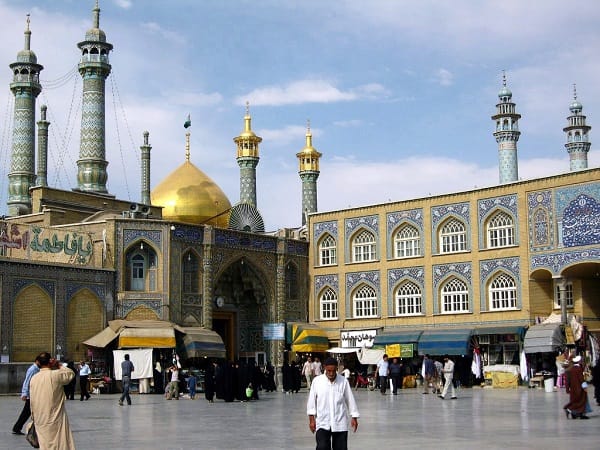 Most weeks, Your News to Know brings you relevant news involving the gold market and the overall economy. Stories this week include: Iran repatriates 13 tons of gold from South Africa, China withdraws record amounts of gold in first half of 2015 and Greek uncertainty could halt interest rates hike.

Washington Free Beacon’s Adam Kredo reports that Iran was recently allowed to repatriate 13 tons of gold that were being stored in South Africa. The Iranian government purchased the gold some time ago, but was unable to bring it into the country due to Western sanctions.

This is just one out of several sanctions that were imposed due to the country’s budding nuclear program – they were meant to act as Western leverage during nuclear talks. The recently-returned gold is part of a ‘sanctions relief package’ that will have awarded Iran $11.9 billion in the coming weeks.

Fars News Agency, one of Iran’s state-controlled media outlets, reported that the 13 tons of gold were successfully retrieved and now rest inside the Central Bank of Iran’s treasury. Valiollah Seif, the central bank’s governor, also told the media that officials have been trying to repatriate the gold for a while, but were previously unable to because of “illogical problems that were created under the pretext of the sanctions.”

While recovery of the country’s assets – including gold – is among the top priorities of Iran’s negotiating team, it is now believed that the sanctions imposed on Tehran have been largely ineffective. Despite a sanctions-related economic crisis in 2012, Iran was still able to increase its GDP by 3 percent in 2014 alone.

China has now broken its 2013 record for first half gold withdrawals and seems to be heading towards a substantial new annual record. The reported 1,162 tons withdrawn in first half of 2015 are already a sizable increase over 2013’s sub-1,100 figure, but Lawrence Williams for LawrieOnGold reports that the full amount is closer to 1,180 tons when the last two days of June are taken into account.

Fueled by the collapse of China’s stock market, Chinese gold demand continues to rise – China only represents half of the global gold demand and yet consumed 74 percent of newly mined gold in the first half of 2015 (1,600 tons).

So why aren’t gold prices reflecting increased demand and global financial uncertainty? Williams, along with several other market watchers, believes it to be a case of market rigging. He quotes bullionstar.com’s Koos Jansen in saying: “Surely the last thing the authorities need at this moment is gold on the move. Various media and bullion dealers report demand for physical gold in Europe is strong.”

Williams dismisses uncertainty over an interest rates hike as the culprit, instead pointing towards a “concerted campaign to play down gold’s potential as a significantly rising gold price would indicate a loss in confidence in global fiat currencies”, noting that governments can’t afford such a scenario and will thus continue undermining the price of gold, even in the face of rising global demand.

Will uncertainty over Greece prevent the Fed from raising interest rates?

While many believe that the price of gold is kept down due to possible interest rates hike, recent statistics have made such a hike questionable. Kitco’s Neils Christensen examines the possibility of interest rates staying down, quoting several traders whom believe rising rates in the midst of turmoil would be ill-advised.

On Sunday, 61 percent of Greek voters stood against a proposed bailout referendum, increasing the likelihood of Greece leaving the eurozone. Capital Economics now estimate the probability of a Grexit being above 50 percent, whereas BNP Paribas puts it as high as 70 percent.

BMO Capital Markets commodities analyst Jessica Fung is among the experts dismissing an imminent rates hike. In an interview with Kitco News, Fung explained that the global economy is suffering due to Greece’s crisis, adding that the Fed won’t be able to raise rates in such an environment. “If Europe falls apart, the U.S. cannot hike rates. There is not enough strength in the global economy for them to do that. We know that for sure,” Fung noted.

The euro’s depreciation against both the dollar and the yuan has already lowered U.S. and Chinese exports and hurt the countries’ manufacturing sectors. Fung notes that things could get worse, calling the road ahead in case of a Grexit “unchartered territory”. She added: “When Bear Sterns collapsed did anyone think that that would be the start of the financial crisis? We don’t know what the fall out of this is going to look like.”

With various experts finding the prospect of an interest rates hike unlikely – at least before December – iiTrader analysts called gold bulls to action, stating that turmoil in the eurozone is a positive thing for the yellow metal.