Home » Blog » Is China Headed for a Serious Socio-Economic Crash?

Is China Headed for a Serious Socio-Economic Crash?

Now that the IMF will include China’s yuan in its basket of currencies, what are the repercussions for the world economy and you? 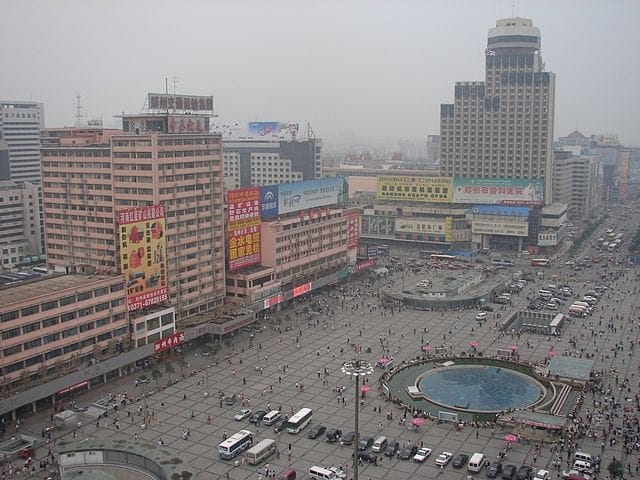 The Communist Party of China still is a totalitarian government. Many people around the world forget this fact. The world’s second largest economy is run by a committee of dictators, where the people aren’t free and neither are the securities markets.

It is for this reason that the inclusion of the offshore version of the renminbi, the yuan, into the International Monetary Fund’s Special Drawing Rights, or SDR, may not be the panacea for China that their leaders think it will be.

You have to think about the marriage of the yuan’s rise to a convertible, global reserve currency, with the dramatic slowdown, or crash, of the manufactured, Chinese economic miracle. Although China has allowed some capitalistic thought and practice into its economic fiber, the economy is still “managed” — hence the term, managed capitalism.

This means that the markets are not truly allocating capital; on the contrary, China is still issuing five-year economic plans. In short, all China has done over the last several decades — in addition to making things cheaply and exporting them — is misallocate capital to keep its billions of people working, and to prevent social unrest.

Now, the decades of building ‘ghost cities’ are coming home to roost.

The Economic Times reports, “Now, with increased convertibility the yuan may be used for two purposes; one to attract more investment and two to enhance flight of capital to safer and more stable economies. It can also trigger off conversion of hoards of black money to safer havens…Therefore, inclusion of the yuan in the IMF’s basket of currencies may not be a good thing if things turn bad for China.”

In other words, with the yuan becoming a convertible, international currency, money can flow into China as well as go out. Only a small portion of the Chinese population is benefiting from the Chinese “economic miracle.” It is not sustainable.

The wealthy in China are hauling boat loads of cash out of the country as fast as possible. They know it is a ponzi scheme and they don’t want to be the last ones holding the empty bag. The convertibility of the yuan will allow this massive capital drain to increase.

Investors are going to be wary of a system where the sellers of securities in a market downturn are arrested and put in jail, where company intellectual information is stolen and there is not a level playing field in regard to competition with local firms. But that’s not all China has to worry about.

China could be headed for serious social unrest as well. There are millions of people, effectively serfs, who are disenfranchised from the wealth that has been created. They are angry. Their land is being taken for a factory, a city, a wealthy person’s palace. The ghost cities in China are surrounded by ghettos filled with people whose land was stolen to build the empty metropolis.

To summarize, China is headed for a serious socio-economic crash with all of the negative effects that will entail.

The problem to you and me is that this will damage the global economy as well. You can’t have a collapse of the world’s second largest economy and not have outsized, collateral damage.

The fact that wealthy Chinese people will be able to remove billions of dollars in stolen wealth from the system, while a collapse happens, will only add gasoline to the proverbial fire.

The bigger the economic bubble, the bigger the consequences when it pops. China is history’s biggest. The world’s financial system is teetering on many levels. All the more reason to make sure you have a properly diversified portfolio, one that includes more than just the paper assets that could be worth no more than the paper they’re printed on.

China has also been drastically hoarding gold. Read about it here.