So far, 2016 has been rough for stocks and some commodities. But one commodity is shining bright. Read more here. 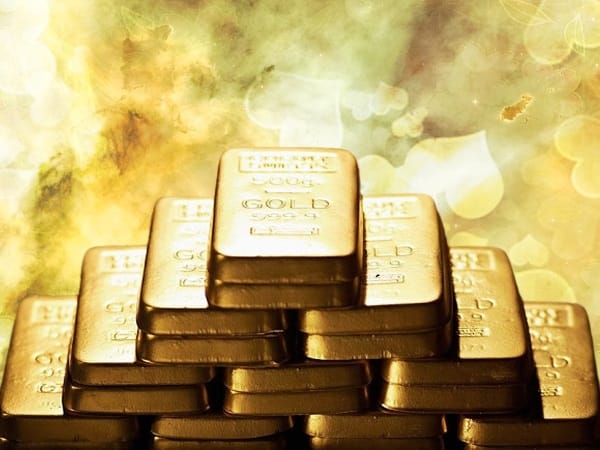 This week, Your News to Know gathers the most important news stories involving finance and the gold market. Stories include: Gold is 2016’s most beloved asset, gold hits three-month high amid market volatility, and new Indian gold tax backfires and boosts unofficial trade.

2016 has been a tough year so far for most assets and commodities. Stocks have plunged, with the Dow falling by more than 1,000 points and the Nasdaq losing 8% of its value, while crude oil reached a miniscule $26 per barrel, losing 18% this year alone.

Yet CNN Money’s Matt Egan reports that gold is going in the opposite direction: The yellow metal is one of the only assets to post a sizable gain in 2016, jumping 6% to reach $1,127 per ounce and becoming the year’s best-performing commodity. In Egan’s words, “gold bugs are the only smiling investors these days.”

Gold owes a big part of its rise to global economic uncertainty: From the plummeting assets mentioned above to trouble in China to geopolitical conflicts, there’s no shortage of reasons for people to want to protect themselves against the coming storm. “As we have seen stock markets around the world tumble dramatically, the need to protect capital has increased — and gold has benefited from that,” said Juan Carlos, director of investment research at the World Gold Council.

The metal also benefits from its relative lack of industrial uses – most other raw materials have taken a major hit due to the global slowdown, as evidenced by last month’s Bloomberg Commodity Index reaching its lowest level since 1991.

As impressive as gold’s gains have been so far, many believe that they’re only the start. Gold dipped when the Federal Reserve raised rates and announced further hikes, but now, many are betting on global turmoil forcing the Fed to scale back its plans for any future rate rises. “The Fed might have to do a U-turn after its historic quarter point rate hike,” said Axel Merk, whose Merk Investments company now holds around 20% of its assets in gold.

Research firm Capital Economics also bets on gold posting more gains this year – according to them, strong demand from China and India will help gold reach $1,250 by year’s end.

Gold’s recent upswing continues with the metal reaching $1,130 per ounce seemingly overnight, as reported by The Week. The second post-November peak emphasizes gold’s positive trajectory and sets course for an even stronger rally, should prices breach the next key market close ceiling.

There doesn’t seem to be any shortage of factors that could help gold on its way up: Stock market volatility, a meltdown in wider commodities and a Chinese slowdown are all causing Americans to rush towards the safe-haven safety that the yellow metal provides.

Further rate hikes could spell trouble for gold, but the general consensus is that interest rate projections in the U.S. are overly optimistic. While the Fed suggested more raises in the near future, recent economic data which shows flat consumer spending. Plus, a fourth month of decline in U.S. manufacturing activity makes additional hikes seem unlikely.

INTL FCStone analyst Edward Meir agrees, calling the December rates hike an “outlier” and saying that the Fed will, at most, announce one additional hike this year. Meir also commented on Japan’s shock decision to send its deposit rates into negative territory last week, finding it “constructive for gold” as it paints a downward broader picture for interest rates.

The efforts of the Indian government to mandate a Permanent Account Number (PAN) card disclosure for any gold purchase over 200,000 rupees ($2,948) have had little success. In fact, Reuters reports that the new regulations have thus far achieved the opposite effect, helping boost the already-blooming unofficial trade in the country.

This regulation is only the latest in a series of ill-fated attempts to curb illicit trade in India. In 2013, the government imposed an additional 10% on gold imports; but instead of helping control demand, the move only revived smuggling networks and led to 175 tons of gold being brought to the country illegally in 2014.

Since only around 223 million out of India’s 1.25 billion of people have PAN cards, customers and buyers are quickly finding ways to work around the recent regulation, such as smaller invoices and informal receipts. “Most large buyers are not interested in giving PAN card details. Instead they ask us to split the bill under the names of the husband and wife or make purchases in installments,” said Mangesh Devi, a jeweler in the western state of Maharashtra.

“Gold is bought for almost every occasion, for weddings, birth ceremonies and festivals. The government cannot deprive 1 billion people from buying gold just because they don’t have a PAN card,” said Harshad Ajmera, proprietor of JJ Gold House, a wholesaler in the east Indian city of Kolkata. Despite the possibility of prosecution, Mayank Khemka, managing director of jeweller Khemka Group of Cos, said that “some jewellers (are) moving to unofficial trade from official”, adding that “no one wants to lose customers just because they don’t have a PAN card.”

Aside from subduing imports and keeping demand in check, the new law was also meant to stop India’s tax evaders from using their favorite store of wealth to avoid scrutiny – only 3% of Indians pay an income tax, with most others choosing to park their money in gold as it’s nearly as liquid as currency in the country.