Home » Blog » Is Gold’s Rally Far From Its Peak?

Is Gold’s Rally Far From Its Peak?

One bank that accurately predicted gold’s current rally is now forecasting that it could reach $1,500. Could they be right again? 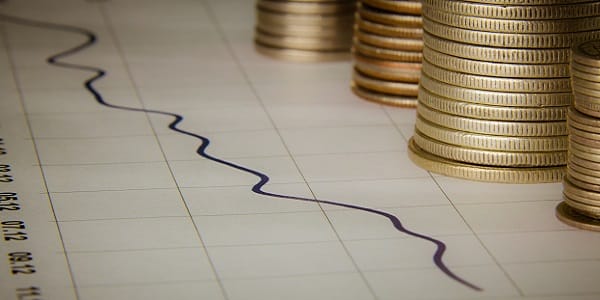 This week, Your News to Know brings you the hottest news involving gold and the overall economy. Stories include: The bank that foresaw gold’s rally now forecasts $1,500 per ounce, why a 500% jump in gold prices isn’t far-fetched, and post-Brexit Britons warm up to gold as a safe haven.

Gold is up 25% so far this year thanks to various favorable factors in the global economy, such as volatility in equities, the spread of negative interest rates and Brexit-related uncertainty. The rally, however, might still be far from its peak: As seen on Bloomberg, Singapore-based bank DBS Group Holdings Ltd. sees gold breezing past $1,500 per ounce in the relative short term.

The bank that accurately predicted gold’s current rally believes that the metal’s current high levels are merely the beginning. Benjamin Wong, a foreign exchange strategist at the bank’s Chief Investment Office, explained why DBS Group Holdings is directing people towards gold: “Gold has seen four major bull markets since 1970: this is another one,” said Wong via email. “We remain bullish and gold carries an overweight rating”. The strategist cited technical charts supporting the bank’s stance, including an inverse ‘head-and-shoulders’ pattern that, if persistent, could propel gold past $1,525.

Wong also lists the upcoming U.S. election as beneficial for gold due to various factors, not the least of which is both candidates’ unpredictability and high unfavorable ratings. “The next few weeks, as the political debate heats up in the U.S., the support for gold is going to increase,” said Francisco Blanch, head of commodities research at Bank of America Merrill Lynch. Merill Lynch lists the presidential election among the factors that could send bullion past $1,500 over the next 12 months.

The U.S. interest rates landscape is another tailwind for gold: The Fed is unlikely to follow through with any further hikes until a new president is elected. Even then, Blanch believes long-term interest rates are pretty anchored and will probably move lower over time.

Why a 500% rise in gold prices isn’t far-fetched

Predicting any asset will jump by 500% can come off as far-fetched, yet MSN Money’s Kim Iskyan believes gold is primed and ready for such an increase. Iskyan believes the historical precedent is there in abundance: No more than 40 years ago, the yellow metal jumped by 2,300% in only a few years.

In the early 1970s, high inflation, a weak dollar, political instability and an oil crisis drove investors to bullion and caused a gold rush. Coincidentally, these are the same issues that we are facing today along with numerous others. Iskyan sees three reasons why gold is heading towards another big jump:

After Brexit, ordinary Britons warm up to gold as safe haven

Britain might be experiencing its very own gold rush in the wake of the Brexit vote: Reuters reports that an as-yet unseen number of ordinary Britons are turning to gold as protection from future instability.

What’s remarkable about the current gold rush – aside from the sheer number of citizens moving into the metal – is that many of them are first-time buyers. Moreover, the percentage of asset allocation that British bullion investors are aiming for has surprised even seasoned gold dealers: “We are seeing people convert as much as 40 to 50 percent of their net worth into physical gold, (compared to) 5 to 10 percent in the past,” said Joshua Saul, CEO of The Pure Gold Company.

But perhaps even more noteworthy is the fact that Britons haven’t been big buyers of gold throughout history, especially when compared to German investors who have seen their share of financial collapses. Part of this was due to the ever-strong London property market – the same property market that is now in turmoil. “I just can’t believe what’s going on,” said a London-based property developer who wished to remain anonymous. “Projects that were meant to happen now haven’t and the last thing I would do right now is buy another property.” Like many others, the developer instead chose to buy as much as £350,000 worth of gold and plans to hold it for at least the next two years.

To dealers, the biggest difference from previous buying surges might be that this one looks to stay. Compared to short-term interest in 2008, 2012 and 2013, the Royal Mint stated that the current gold rush “shows little signs of declining”. Dealers are certainly reaping the rewards: London-based Bullionvault.com saw a seven-fold increase in gold and silver sales in the weekend of June 25-26 compared to the average weekend in the last 12 months.

Maybe the attraction to gold is best explained by the sentiment of Adam Cleary, another ordinary British investor who turned to bullion for safety: “It cannot be canceled, it cannot be confiscated, it cannot be taken away.”

Why are gold and silver having a great summer? Read more here.