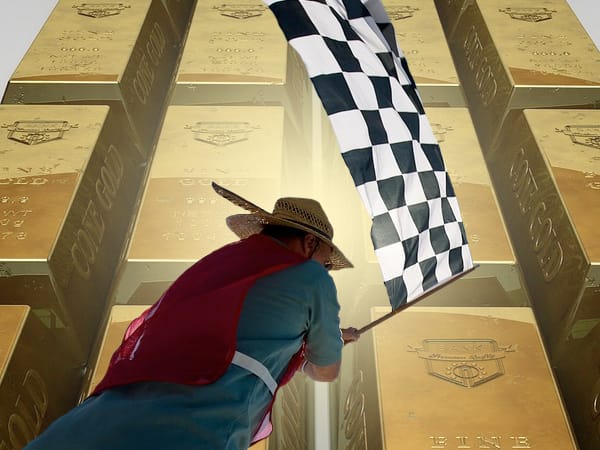 This week, Your News to Know rounds up the latest happenings involving the gold market and the overall economy. Stories include: How high will gold prices go? Gold and oil go their separate ways, and how gold saved a town in Nevada.

How high will gold prices go?

Gold has had a great year so far, rallying 16% to become one of 2016’s best-performing assets to date. Yet the precious metal is still not without its naysayers who wonder how long the price boom can last.

As noted by Barron’s’ Ira Iosebashvili, gold bears expect a price correction in the near future, believing that the ‘fear factor’ will run out. But even those with a somewhat-bearish outlook – like UBS Wealth Management analysts who believe that U.S. economic growth will continue at a steady pace – agree that gold will go as high as $1,300 per ounce before settling at around $1,200.

On the other hand, many believe that gold’s upturn is just starting and that the metal’s future is as bright as ever. Falling oil prices, struggling equities and a Chinese slowdown – all factors that aren’t going to just disappear – have many worrying whether we are down for another 2008-like crisis. Add to this the high probability of continued low rates and the threat of the U.S. dollar falling further, and it should come as no surprise that ETFs are once again buying gold after a lengthy period of selling.

In fact, HSBC analysts went on record saying that any correction in gold prices should be temporary despite the “steep and virulent” increase thus far, forecasting that prices will hold “well above” $1,200 per ounce.

Historically, gold and oil rose and fell together; rising oil prices would raise demand for gold due to fears of inflation while falling oil prices would increase demand for stocks at the expense of gold. But now, it’s obvious that gold and oil are “going their separate ways”, as Wall Street Journal’s Biman Mukherji puts it: Oil fell below $30 per barrel last month from over $100 in 2014 while gold has enjoyed perhaps the sharpest and most sustained rise since 2011.

Yet the two commodities might still be very much linked: Mukherji suggests that the sheer severity of crude oil’s fall helped gold on its road past $1,200 per ounce. John Davies, head of commodities research at BMI Research, believes that a fall in global liquidity amid a decline in oil-exporting nations’ reserve holdings has hit risk assets, spreading the contagion from stocks to junk bonds.

The likelihood of the Federal Reserve not only avoiding further interest rate hikes but actually introducing quantitative easing also helps the case for gold and has made many analysts revise their gold projections upward.

The aforementioned BMI Research sees gold reaching $1,300 – $1,400 an ounce even in the absence of a wider financial meltdown, while precious metals retailer Anthem Blanchard now believes gold could reach $1,500 in September, going from a previous forecast of $1,300 that now seems conservative.

How gold saved a town in Nevada

While many praise gold for its safe-haven wealth-storing qualities, the yellow metal is credited for playing a much more proactive role in the prosperity of a small Nevada town.

Battle Mountain is certainly as small as they come: Thanks to its modest population of 3,665 residents, there isn’t even any need for traffic lights. Yet as many towns of similar size grew dilapidated, CNN’s Jeff Simon reports that Battle Mountain was able to build a new football field, a new hospital wing and even a courthouse.

How? Simply put: gold mines. Battle Mountain sits on several large mines that reap billions in annual revenue, but the miners have to pay a tax called “net proceeds”. This tax on mining companies brought the town $20 million in 2014 alone, down from $60 million in 2011 when all of America was stockpiling the metal.

“Without the mines, we probably wouldn’t even be here,” said Jodi Moore, a local insurance agent and the vice president of the local Chamber of Commerce. “That’s what keeps us going.” Aside from securing generous proceeds, gold also brings in the jobs: The average annual salary of a worker at a nearby mine called Newmont’s Phoenix amounts to a respectable $90,000.