Home » Blog » Is the U.S. Headed Into a Currency Crisis?

Is the U.S. Headed Into a Currency Crisis?

As Ukraine’s currency loses more and more value, we ask: Is the U.S. is dangerously close to following in the same footsteps? Read further here. 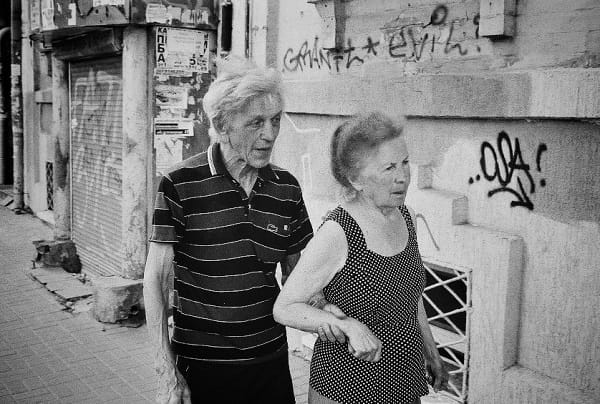 I love spending time in Ukraine. The country is extremely interesting and exciting, and as a visitor, you can live like a king! The local currency, the hryvnia, has depreciated significantly since the revolution last year. It really is shocking how little one hryvnia will buy.

For instance, a nice dinner with a bottle of wine costs about $4, transportation from the airport to the hotel will be roughly $3, overnight at a very nice hotel with a full breakfast buffet may be $25… need I say more?

Why is it so cheap here, you ask? The main reason is one word: corruption. Ukraine never recovered from the decades of Soviet rule, where your lifestyle depended on who you know.

After the communist dictatorship fell, the country fell into the clutches of an oligarchy that, to this day, runs the show. To get ahead here, you have to know the right people in government, slip them a little money, and presto, you get what you want.

A currency crisis is a scary thing. Ukraine’s GDP has been stagnant while other countries in Eastern Europe have thrived, such as Poland. When you combine corruption with fiscal mismanagement and a bloated federal government that is woefully inefficient, you get drastic reductions in the value of the local monetary unit of measure.

I met with the Central Bank of Ukraine last week and I can tell you, they are scrambling to fill multi-billion dollar holes in their budget. It is still up in the air whether Ukraine will survive or become yet another failed state.

Why does it bother me so? It’s a beautiful country with fantastic people, yes. But there’s more.

This truly bothers me because we have been seeing the signs of this type of crisis approaching the United States for some time now. Everyone knows our federal, sovereign debt is out of control, approaching $20 trillion and on its way in the next decade to $30 trillion.

Trust in government has hit an all-time low. People just do not trust their politicians to do what is right for the little guy. They fear Wall Street, the big banks, corporations, labor unions – all are given preference over them. Corruption in our federal government now seems to be a daily occurrence, the latest example being the Secret Service thinking of releasing protected information on a Congressman they were angry with. You don’t have to look far to find more examples.

There are even more international factors conspiring against the dollar. Consider that China is actively pushing to have the yuan included as a global reserve currency in the International Monetary Fund’s (IMF) monetary Special Drawing Rights, and that Russia and Iran are pushing to remove the dollar from international trade. The nightly news is rife with negative news for the United States currency. The writing seems to be on the wall.

I’m not saying that this is the demise of the U.S. economically. What I am saying, however, is that Americans should prepare for the worst. Right now, the dollar is the cleanest shirt in the dirty pile. But watch out! We are possibly not far from the day when we wake up and the dollar has tumbled in value.

When former Ukrainian President Viktor Yanukovych was forced out of power, what did they find in his cupboard? Loaves of bread made of gold. It seems he knew what was coming in Ukraine.

As we see more and more signs that the same could be coming here, do you want to idly stand by, or do you want to take action to protect your savings now? If you want to prepare as President Yanukovych did, and as countless of others have done for thousands of years, give us a call. We will be here to help.

If you haven’t had a chance yet, be sure to like our Facebook page. We regularly post the most relevant economic and gold news of today.