Home » Blog » Is This a Completely Bad Idea? The Fed Has a New Plan for Big Banks

Is This a Completely Bad Idea? The Fed Has a New Plan for Big Banks

Last week the Fed ordered the eight largest banks in the U.S. to shore up their capital levels. What do they know that they’re not telling us? 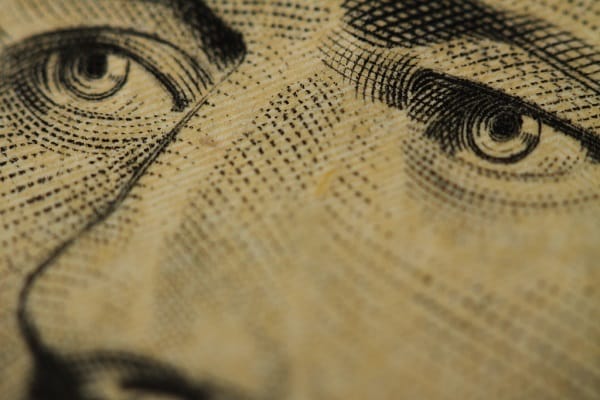 According to the federal government, everything is okay, right? The economy is growing, the debt is coming under control, and Dodd-Frank is working as advertised. No need to worry!

Unfortunately, that doesn’t quite seem to be the case, as one very important financial entity has recently been doing a lot of worrying: the Federal Reserve Bank of the United States.

Breitbart recently reported, “Federal regulators are directing the eight biggest U.S. banks to hold capital at levels above industry requirements to cushion against unexpected losses and reduce the chances of future taxpayer bailouts… The eight banks together will be required to shore up their financial bases with about $200 billion in additional capital. The requirements also are aimed at encouraging the Wall Street mega-banks to shrink so they pose less risk to the financial system. The banks include JPMorgan Chase, Citigroup and Bank of America.”

Upon the announcement, we’ve all been left scratching our heads. If everything in our financial system is going great, what are they so afraid of?

Clearly, the Fed is afraid of another financial crisis similar to the one we experienced last decade, where the federal government had to be the lender of last resort and bail out banks, auto companies and corporations alike. The thinking goes like this: If we make these large, “too big to fail” banks carry additional financial burdens that make it harder for their shareholders to make money, then they will take it upon themselves to shrink and become less of a risk to the global financial system.

This logic may well turn out to be true. However, as always with government interference in private markets, there will be unintended consequences. Some consequences are obvious, like the fact that a smaller bank will be less willing to take risk. That risk could be in the form of loans to customers who need capital to grow. This, in turn, could lead to less economic activity and less jobs created. Bottom line, this will likely lead to less money in your pocket.

A less obvious risk of the Fed’s new requirements is that these large banks will leave businesses that require capital to work, like the bond market.

The bond market requires a ton of capital for dealers to hold bonds on their books, to sell to others at a profit and therefore make money trading. There already is special accounting for these types of assets on a balance sheet that require higher capital requirements. Reducing the size of banks has already forced some to reduce their bond trading or leave the business altogether.

This reduction of trading in the bond market may seem like an inconsequential result. But what happens when we have a liquidity crisis, and banks and investors need to sell their bonds to generate cash? There may be no one there to answer the phone. This will cause bond prices to crash and could result in another financial crisis.

So, in trying to reduce the size of American banks, are the Fed and regulators shooting themselves in the foot?

Meanwhile, instability is increasing in many markets overseas, any of which could boil over and negatively affect the U.S. financial markets. China is overtly manipulating their markets. The Eurozone is a basket case and on life support. In the military, officers worry about “fighting the last war” and losing sight of the threats over the horizon. The Fed could very well be making this same mistake in a financial sense.

We should all hope the Fed knows what they’re doing, because right now, they’re playing with fire. A crash in global financial markets could be disastrous. And that’s why it’s critical that you hold gold in your portfolio. It may be down right now, but when all else fails, you’ll be glad you own some.