Bank of Japan Announcement Sends Gold Investors into a Frenzy 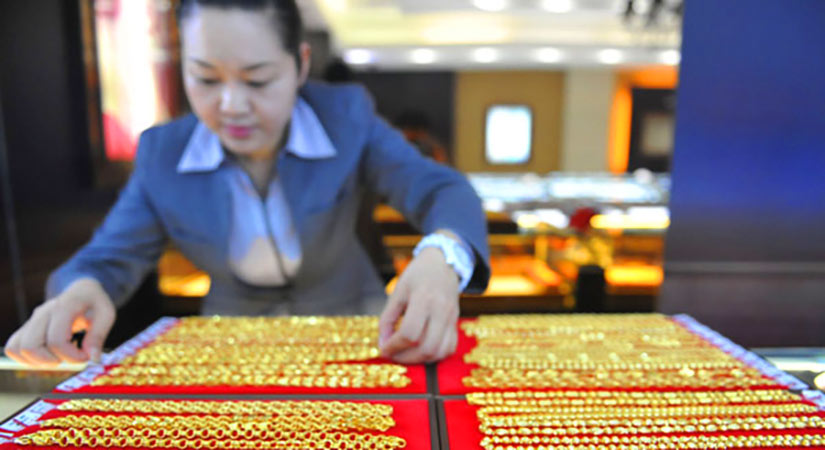 This week, Your News to Know rounds up the latest top stories involving gold and the overall economy. Stories include: Analysts weigh in on gold after Bank of Japan’s move, Schiff on the year ahead, and how the world could return to the gold standard (deliberately or otherwise).

The biggest news in the markets last week was probably the Bank of Japan (BOJ)’s announcement that it would allow the interest rate to fluctuate 50 basis points from its 0% target. What does it mean? The move, like many of the BoJ’s actions, has room for interpretation. We know that Japan might currently have the loosest central bank after Venezuela (which issued three new high-denomination banknotes this year in response to hyperinflation). The yen has suffered plenty as a result, down as much as 30% vs. the U.S. dollar over the last twelve months.

Now, this is a real shift for the world’s 3rd-largest nation by GDP! The BOJ has kept interest rates near or below zero for an almost-uninterrupted 24 years. The BOJ has been the central bank with the easiest of easy-money policies for nearly a generation. Today, though, Japan (like the U.S.) is experiencing the highest rate of inflation in 40 years – and the BOJ finally sees that continued inflation is a significant risk to the nation’s economy. That’s why this is a big deal.

In response, markets moved. Along with a rise in Japanese bond yields, the yen posted its biggest monthly gain against the dollar (nearly 4%) since 1995. Gold has been on a back and forth since the Tuesday announcement, climbing above $1,800 almost immediately. Japan owns the world’s ninth-largest gold reserve, so the BOJ’s monetary policies affect gold prices.

Different analysts have different takes on how high the metal can go in the coming year, which is increasingly looking like a turning point for a variety of reasons.

Kenny Polcari, Slatestone Wealth’s senior market strategist, isn’t quite as bullish as some of the forecasters:

I like gold. I’ve always liked gold. Gold should be a part of your portfolio. I think it is going to do better, but I don’t have a $4,000 price target on it.

Juerg Kiener, managing director and chief investment officer of Swiss Asia Capital, disagrees. He says the metal could find itself facing a range of $2,500-$4,000 next year, buoyed by central bank actions both in the form of rate cuts and multi-ton bullion purchases. There is a good chance the gold market sees a major move, he said, adding “it’s not going to be just 10% or 20%,” but a move that will “really make new highs.”

To those who dismiss gold as an investment, Kiener offers one simple observation:

Gold is a very good inflation hedge, a great catch during stagflation and a great add onto a portfolio.

An inflation-resistant investment with diversification benefits that outperforms bonds and equities? That sounds like something everyone should own…

Peter Schiff, whose predictions were accurate both in 2008 and so far this year, made an interesting forecast for the year ahead. The Chief Market Strategist at Euro Pacific Asset Management said 2023 is likely to be a year of an inflationary depression. And he blames the Federal Reserve.

Why? Because higher interest rates, he argues, force companies to pass on higher costs to their customers:

Rising interest rates actually feed into higher consumer prices. If I am a business… I have to pay interest on my debt. Well, if interest rates go up, that’s a cost of doing business. I might have to raise prices to cover that.

This dynamic obviously limits consumer spending (an observation my colleague Phillip Patrick has been discussing quite a bit lately). Addressing this point specifically, Schiff said a return to 2% inflation isn’t realistic. I agree, based on the recent report I covered last week.

Schiff believes we’ll see inflation decline to 7% for a time – before the dollar starts posting major losses again. Inflation will rise in response, until it exceeds 10%. All despite the Fed’s anti-inflationary interest rate hikes.

Schiff rightly says that fiscal prudence (in other words, balancing the federal budget and paying down debt) would be the correct way out of this economic struggle. But that proves less and less popular the more politicians rely on debt to finance the nation.

The problem is it’s not a good campaign to get votes. Politicians always take the easy way out. They want to spend money, and then they want to blame the inflation on somebody else.

The problem with this approach, as Dr. Ron Paul told me on a recent call, is the government can only “kick the can down the road” so far – until the can hits a wall, and bounces back…

Only gold is money – everything else is credit

Alasdair Macleod’s recent analysis draws from Credit Suisse’s Zoltan Pozsar, who opined: “Bretton Woods II is ending, and Bretton Woods III is upon us.” To what extent has gold been removed from the financial system, and can the U.S. dollar really afford to remain free-floating in this shifting landscape? The answers to those questions are a straightforward “not much” and “no.”

The current monetary system is one where the top forms of exchange are gold, oil and the U.S. dollar. The so-called “petrodollar” agreement has ensured the dollar’s global dominance as a medium of exchange, while the Federal Reserve’s gold hoard guaranteed the dollar’s value.

That was the case over the last fifty years. Today, things are changing…

The blocking of Russia out of SWIFT told the rest of the world a few things. The greenback is a liability, and if there is no need for it, why be exposed to it in the first place? Asia and the Middle East aren’t waiting for an answer to find their hands forced as Russia did. Among the more notable events this year was a 27-year deal between China and Qatar for the latter to act as its gas supplier. Whereas the U.S. failed to secure Saudi support for oil, China did so in a revealing fashion: Saudis give China gas in return for Chinese investments on Saudi soil.

So it’s not just the U.S. dollar being threatened, but rather currencies in general. And how can they not? Bank credit, which represents 90% of currencies in circulation, is being squeezed. Macleod likens this to the buildup before the banking collapse between 1929-1932, noting that such is being avoided deliberately by bailouts and accommodative policies. But it represents the kind of risk that no nation wants to be exposed to.

Why have no governments so far shown willingness to formally tether their currency to gold? It might be a simple matter of not wanting to automatically make the biggest gold owner the world’s de facto economic superpower.

Probably because they aren’t fully content with the size of their gold hoards, nations seem eager to move to a commodities and trade-based economy that minimizes the extent to which currencies are used. Curiously, this also seems to include gold, which is the only currency to not fall under the definition of credit. And in avoiding this pitfall, it’s also the only one to completely bypass the systemic risk and probable collapse of everything from the U.S. dollar to rubles to the yuan.

Please note – this is rather a long and complex analysis, and I probably haven’t done it justice! You can read the whole thing for yourself here.