Are We To Expect Economic Improvement? Jim Rogers Just Issued a Big Warning

Given the Fed’s indecisiveness on the economy, one seasoned investor is issuing a warning for what the fallout may mean for all of us. 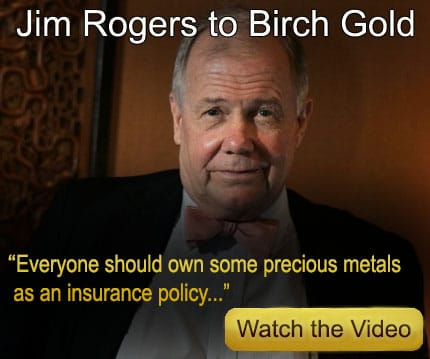 Legendary investor Jim Rogers has issued a stern warning to people around the world that the central banks have no idea what they are doing.

This week on CNNMoney, Rogers claimed, “We’re all going to pay a horrible price for the incompetence of these central bankers… we’ve got a bunch of academics and bureaucrats who don’t have a clue what they’re doing.”

Rogers notes that lowering interest rates and printing money have not only become a textbook play by the central banks in combating deflation — they are the ONLY tools used!

Rogers is basing these claims on the fact that the equities market is being artificially propped up by the central banks, and that this cannot go on for much longer. Over time, their efforts to keep financial markets afloat is becoming less effective.

Not only did the Fed tighten its monetary policy when it increased rates at the end of 2015, but now the markets are creating a credit squeeze of their own.

With these problems stacking on top of each other and central banks running out of room to lower rates and print more money, we are likely to run off the cliff at some point in the near future.

In fact, Rogers predicts that we will see trouble as soon as the end of this year, and going into 2017.

Time will tell if the famed investor is correct. But should things play out as Rogers predicts, we will likely see the Fed reverse on its plan to keep raising rates, as doing so would be economic suicide.

The amount of flip-flopping going on with the Federal Reserve is astounding. One day it is talking up recovery and raises rates, and the next it is talking about uncertainty in the global economy, as revealed by recently-released minutes from last month’s Fed meeting.

They are even hinting at using negative interest rates in the future and are running stress tests on the big banks to see how they would cope in such an economic environment.

It will be interesting to see the results of the Fed’s test, as lenders like Deutsche Bank are performing worse than during the 2008 financial crisis. That should give you an idea what kind of a situation we are in.

In fact, a handful of central banks have already introduced negative rates. Earlier this month the Bank of Japan became the fifth central bank to implement such a policy, so if the Fed followed suit, it would not be breaking any new ground but joining the new era of central banking.

Rather than consider other options, central banks are doubling down on their plans to try and stimulate the global economy through lax monetary policy… even though it isn’t working!

Yes, this fits the textbook definition of insanity.

Those are just some of the issues to keep an eye on in 2016 as central banks will likely be left with no option but to devalue currencies.

Taking the above into account, we believe it is a good time to consider the status of your savings, and how you may be able to protect them with gold and silver — just as Jim Rogers has been saying for years.

When you’re ready to provide yourself with some much needed peace of mind, we will be here.

Would you like some free information regarding protecting your savings with physical precious metals? Click here to get your free info kit.