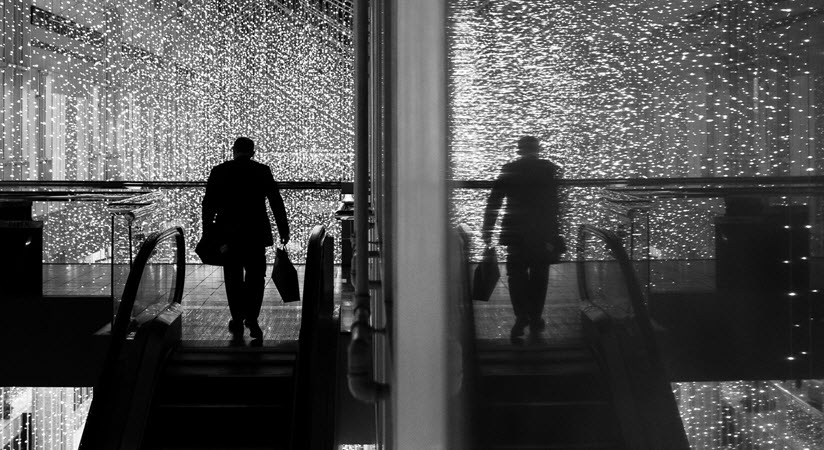 This week, Your News to Know rounds up the latest top stories involving gold and the overall economy. Stories include: JPMorgan market spoofing makes the case for physical gold, gold to remain an important hedge, and retail investors are buying the dip.

Bloomberg recently did a fairly comprehensive report on insider trading of precious metals by traders (most notoriously) at JPMorgan, and other large banks as well. JPMorgan pled guilty in 2019 and paid over $920 million to settle charges of market manipulation of precious metals and Treasuries. As Reuters tells us, “This manipulative practice, which is designed to create the illusion of demand, or lack thereof, is known as “spoofing.” Basically, spoofing means entering a large number of trades to move the market, as cover for the actual intended trade – let the market react, then cancel all the manipulative orders while letting the intended trade settle.

Over the past few years, both Bank of America and Deutsche Bank’s trading desks were accused of similar malpractices. (It’s not dissimilar from the Libor rigging scandal, if you remember seeing that in the news.)

Now, we have yet another case with three prominent JPMorgan employees, including the veteran head of precious metals, Michael Nowak. The other two acted as gold traders. There’s far too much to this story to interest the physical gold buyer, so I’ll  try to stick to the the key points.

The accused allegedly engaged in a swathe of financial crimes involving gold’s price between 2008 and 2016. The primary one is spoofing, which I described. The whole point of spoofing is to create artificial supply or demand, then profit from market movements created by the fraudulent orders. Spoofing was outlawed in 2010 when Congress passed the Dodd-Frank Act, one of many legal responses to the Great Financial Crisis. In addition to spoofing, criminal charges include racketeering in conspiracy.

Read the Bloomberg article if you want the full story. Here’s what I see is the primary takeaway of the whole sordid affair:

If you can’t hold it in your hand, it isn’t real gold.

Unfortunately, precisely because of the paper futures-and-options markets, physical gold‘s spot price is still subject to this manipulation. The same is true for every traded commodity, from coffee to crude oil.

Keep in mind, though, spoofing only affects short-term prices. These sorts of games disrupt the free market by generating false supply or demand temporarily – because profits come from immediate market response to the false orders. Whenever Wall Street hatches schemes like this, your physical precious metals aren’t affected, only their spot prices. (My colleague Phillip Patrick recently wrote about why it might be a good idea to ignore short-term price movements recently – I strongly encourage you to read it.)

If you own physical precious metals, then you know exactly what you own. Your American gold eagles are locked up in a bullion depository or your safe, totally secure, more or less immune to the broader market forces at work.

Anyone holding any kind of paper gold, well, they just don’t have those assurances.

Other important takeaways? Well, the Basel agreement aims to partially rectify gold market manipulation via paper gold derivatives. However, even a partial implementation of partial solution would likely collapse investment banking, if not the global financial system.

What else? Right: the names we see in cases like these tend to be the scapegoats. The fall guys. Either the clumsiest crooks who got caught red-handed, or the unfortunate individuals selected by a board of directors to take the blame for the crimes of the entire organization.

I believe that, whatever games these people play (and we know they do!), they can’t really affect gold’s value. They can push its price around to some degree.

But to those of us who own physical precious metals, price just doesn’t matter except for the moment we buy or sell.

Mining.com reports that gold is likely to remain a favorite hedge in the second half of the year despite headwinds. This is, we’d venture to say, because gold’s headwinds are mild breezes at most. A strong dollar and rising interest rates as the two headwinds that gold will be battling with.

As we’ve previously pointed out, raising interest rates above 1% absolutely pummeled the stock market and plunged the economy into a recession. According to most analysts, the Federal Reserve is stuck between abandoning their anti-inflation crusade and passively letting prices rise, or tightening the nation deeper into a longer, more grueling recession.

The report mentions that gold has a very good track record when it comes to hiking-cycle performances. It underperforms in the beginning, only to outperform later. Similarly, when U.S. CPI averaged 5% on a year-on-year basis, gold averaged a 25% gain. Right now, we remain just shy of 9% inflation. In other words, high inflation is bad news for everyone, but good news for gold.

That’s probably why Goldman Sachs recently set a gold price target of $2,500 by the end of the year (that would be a 44% increase from today’s prices!).

Further, global economic uncertainty continues to be the norm. Inflation and supply chain issues have received more layers of trouble, with the Russia-Ukraine conflict being a particularly prominent one. A trending headline right now involves Russia ending fuel supplies to the Eurozone. Such a colossal and disruptive economic power play would no doubt send millions of investors (especially those in areas directly impacted by the sanctions) scrambling to buy gold.

This environment, along with persistent predictions of stagflation in the U.S., will provide everything necessary for gold to power through these priced-in rate hikes and continue the bull run that most believe it is currently on.

There are some other interesting sales dynamics, such as Perth Mint’s year-on-year silver sales seeing an increase while, at the same time, the U.S. Mint saw an overall decrease in silver sales. The opposite holds true for gold, as well. In general, monthly decreases in sales of bullion from both mints seem to have to do more with recent years being record years than anything else. Sales are as high as ever: drops seem significant only within timeframes in the last 24 months.

Data from the U.S. Mint paints a more nuanced picture. Even though it looks like silver sales are falling year-on-year, the Mint sold 850,000 1oz American Silver Eagle coins in April and 861,000 in June. Numismatic News has taken note of the U.S. Mint having “semi-collectible” depletions, whereas bullion dealers have an issue of keeping enough bullion in stock altogether.

Is it curious that sales of “ultra-rare” coins, those worth over $1 million, are booming as we enter into a recession? Perhaps not. Collectibles are often cited as good stores of value, even though the umbrella “collectibles” refers to wildly divergent assets including fine art, luxury watches, top-shelf whiskeys – along with others that seem questionable. The single most-common unifying characteristic of “collectible” items is they’re physical objects. I’m seeing a common thread running through this week’s stories…

Rare gold coins, as Numismatic News tells us, these coins are sold as soon as they’re put up for auction, seemingly regardless of price. The scramble for safe-haven stores of value seems to be alive and well in the numismatics sphere. Or has it perhaps poured over into it from other investment sectors?