Each week we bring you news involving the precious metals market and the greater economy. For this week’s news, reports of rising inflation have some analysts calling for a greater price of gold in the near future. We also bring you five practical and fiscally responsible reasons to own gold in this economic atmosphere. Finally, why do the current financial conditions beg for a re-adoption of the gold standard? Here are this week’s headlines. 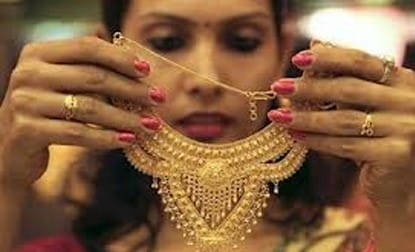 According to an article on Kitco News, due to a larger-than-expected rise in the United States Consumer Price Index, analysts at Canaccord Genuity have upgraded their projection for gold in the coming months. Managing director of the firm’s North American portfolio strategy Martin Roberge comments, “We see this more as a tradable opportunity. Every bull market starts with a bear-market rally but we have to get there first.” Due to rising inflation expectations, Roberge sees potential for gold to reach around $1,500.

The outlook was upgraded due to a report from the U.S. Department of Labor that stated that annual, non-seasonally adjusted headline CPI rose to 2.1%, while the core index rose to 2.0%. However, it’s important to note that these calculations exclude the escalating prices of food and energy, which would increase inflation rates even more drastically. Roberge adds, “If the Fed is willing to take an inflation risk, investors should buy inflation-protection hedges. Inflationary pressures fuel inflation expectations, two positive for the price of gold.” With an uncertain future in rising inflation, the value of the dollar is constantly at risk.

Five Reasons to Own Gold

A recent infographic from mining.com presents the pragmatic and sensible reasons to own gold:

Direction of Economy Urges for Adoption of Gold Standard

In a recent article on Forbes, Keith Weiner argues that in the face of economic decline and currency devaluation, the necessity for the gold standard has never been greater. While some notable figures in the past, such as John Maynard Keynes and Milton Friedman, have criticized the gold standard modern reality has proven these economists wrong. The failure of paper money has accelerated a series of crises, each worse than the previous. Warner notes that central banking is simply central planning applied to money and credit, whereas the gold standard is a free market in money.

A standing criticism of the gold standard is that the U.S. doesn’t have enough gold to back the dollar. However, the 19th Century gold standard functioned with just a few hundred tons of the metal in London, a tiny fraction of what our government has today. Plus, if the market is allowed to set the value of gold, no specific quantity is necessary. A gold standard simply forces the government to be disciplined with spending and prevent a deficit.