Each week we give you news pertinent to the activity of the gold market and ultimately our greater economic well-being. This week, conflicts in Eastern Ukraine and Israel-Palestine are emphasizing the role of gold as a safe haven investment. American financial policy is forcing foreign individuals away from the dollar and into gold. Finally, the overdue gold price reform is searching for a 3rd party to administer the price fix. Here are this week’s headlines. 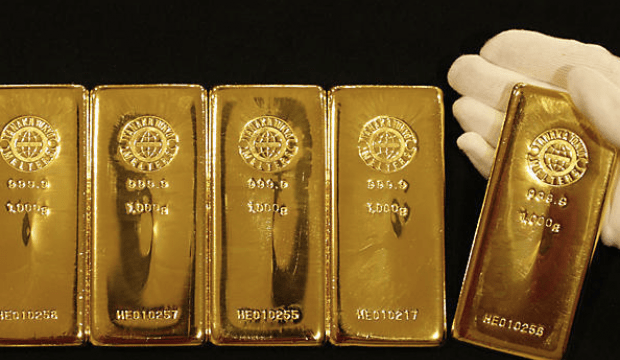 Despite the fall of gold last year, prices for the yellow metal have increased by 9.2 percent in the first half of the year, much to the chagrin of many market participants who predicted lower gold prices for 2014. In its mid-year report, The World Gold Council (WGC) commented, “We consider that the current environment of high bond issuance, tight credit spreads and record low volatility continues to offer a prime opportunity for investors to add gold.” The WGC also stated, “In our view, gold can reduce overall portfolio risk, and it is cheaper to implement than many volatility-based strategies.” Gold has proven itself for thousands of years as a safe haven investment, and although some are pessimistic in the future price of gold, hedge funds increased their bullish gold positions for the fifth straight week. Current geopolitical crises, such as the conflict in Israel and Palestine, as well as hiking tensions in the Ukraine with the downed airplane are driving investors to flock into the precious metal.

The Baggage of the U.S. Dollar Bodes Well for Gold

Due to recent legislation by the United States government, international trade in U.S. dollars seems to be facing a decline and spurring a search for new tradable assets, with many looking towards gold. For example, an article in the Financial Times iterates the upcoming increase in the reported and unreported volumes of physical trading of gold. The punitive actions and fines levied on banks using the international dollar clearing system have opened up new avenues for the world to get along. As the impact of U.S. government sanctions on non-compliant banks has become quite severe, gold’s popularity has seen a significant rise. Although the metal is expensive, it is not as costly as having dollar cash balances frozen indefinitely or having one’s dollar clearing bank covering fines through interest rate margins or service fees. The dollar may still be the world’s reserve currency, however it seems more and more institutions are finding ways to circumvent the greenback.

With all the recent news concerning the impending alterations of the century-old gold fixing benchmark, new developments demonstrate the progress of the reform. Due to the fact that a lack of transparency and market manipulation have catalyzed the need for a change in the price fixing of gold, the four banks that set the daily London gold fix have now begun to search for an independent third party to administer the prices. London Gold Market Fixing Ltd, along with the support of the London Bullion Market Association, is seeking to recruit an independent chairman for the board of the fixing company. The ultimate goal of this gold fixing reform is to maximize transparency and to prevent any price manipulation as attempts have been made in the recent past.