Every week we bring you news that affects the precious metals market and your financial livelihood. This week, we consider the function of gold in a world full of uncertainty and ever-increasing turmoil. Also, read why susceptibility to market manipulation has forced the gold market to alter the pricing benchmark in order to maintain transparency. Finally, how have the Federal Reserve’s fiscal decisions affected the precious metals market and American economy? Here are this week’s headlines.

Gold’s Role in a Perilous World 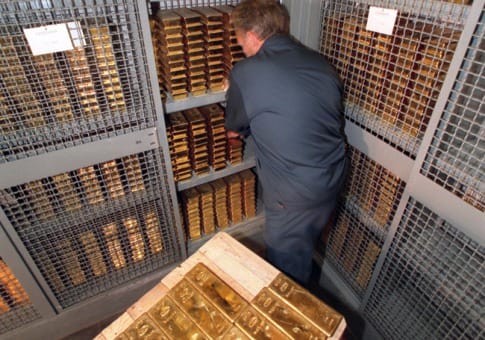 A recent commentary on Mineweb.com looks at gold’s place in our current geopolitical climate. From the recent rise of the Islamic State in Iraq and Syria (ISIS), to the collapse of Greek banks, Lawrence Williams argues that stability is seemingly unattainable. However, even amidst these global insecurities today, the price of gold has maintained its reputation as a safe haven investment. Here are three prime examples that Williams provides:

It is indeed a perilous world, and holding gold as a protector of wealth may be as important now as it ever has been – not only as a way to make money, but as a shield against losses should banks collapse and markets crash. Williams suggests that it is a prudent move to hedge one’s assets against external forces that may be at the verge of bringing down the current financial system.

Pricing Mechanism of Gold and Silver Ready for Change

On Bloomberg.com, Nicholas Larkin reports that the gold industry is going to explore new options to make changes to the century-old gold fixing benchmark that is used to trade and value gold. The World Gold Council is scheduled to meet on July 7 in London, and has invited producers, refiners, and market exchanges to discuss reform of the gold rate set daily by four banks. The current process consists of phone calls twice a day between Societe Generale SA, Bank of Nova Scotia, Holdings Plc and Barclays Plc. This reform comes as a result to prevent market fixing in a regulatory effort on financial benchmarks after rigging was uncovered in multiple facets of the market. Natalie Dempster, managing director of central banks and public policy at the World Gold Council stated, “It is not surprising that it needs to change to meet today’s market expectations for enhanced regulation, transparency and technology. Modernization is imperative in order to maintain trust across the industry.”

One of the key recommendations for the new benchmark is the use of “observable transactions” in order to preserve the integrity of the industry. Dempster also comments, “Our objective in convening this forum is to ensure that the full range of analysis and market perspectives from all parts of the gold supply chain are debated, understood and brought to bear on any potential changes.” The mechanism should be based on executed trades rather than submitted quotas. The integral component to the reformed benchmark is transparency.

After meeting last Wednesday, the Federal Reserve revealed that interest rates will remain low, meaning that the value of the dollar will likely be further depressed and the demand for precious metals as an alternative investment will be magnified. In reaction to the meeting, gold surged the most in nine months and silver jumped to a 13-week high. After weeks of docile trading which saw the metals 60-day historical volatility to the lowest since 2010, prices are now jumping. With the European Central Bank pursuing steps to boost economic growth and Fed Chair Janet Yellen’s low interest rate outlook as well as the worsening situation in Iraq, investor interest in precious metals is revitalizing.

Scott Gardner, a manager at Verdmont Capital SA touched upon the market activity, “People perceived what Yellen said yesterday as less hawkish, and that’s bringing in money to the gold market. The dollar is moving lower, and gold is gaining because of that.” Gold has climbed 9.3% this year, partially on concern that economic growth was stalling and among the violence in Iraq as well as escalating tension between Russia and Ukraine.