Home » Blog » Just Like the Boy Who Cried Wolf, Are We to Believe the Fed?

Just Like the Boy Who Cried Wolf, Are We to Believe the Fed?

As we all wait for the Fed to finally raise interest rates, we ask: What are the Fed’s motives, and the economic ramifications? Read further here. 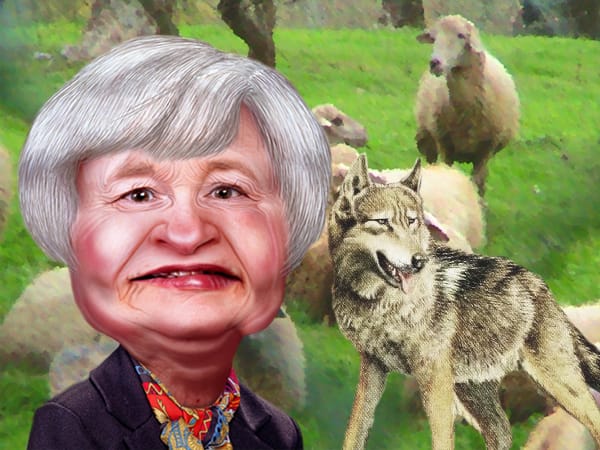 The Federal Reserve has once again found a convenient excuse for why they again won’t raise rates, but “may do so in December“.

Time after time in recent months, they say they will raise rates in the future — most likely to give the illusion that the economy has recovered from the 2008 crash — but then when the date for a decision arrives, they delay. The false signals have been one after another.

Cutting through all the sophisticated jargon the Fed uses when making these announcements, the reason they haven’t yet raised rates is due to the simple fact that the economy wouldn’t be able to deal with it.

They know this all too well. Yet over and over, they fake rate hikes, even though all major indicators show we are on the verge of a recession… if we are not in one already.

The problem with the Fed continuing to use this same tactic each month is that they have now become the Boy Who Cried Wolf. Their games will soon no longer work.

For seven years, the Fed has kept rates on hold at 0.25%; does that sound like an economic recovery to you? Even the sheep are beginning to question this.

Interest rates aren’t even at 1% — that’s how shaky the economy is. But don’t take my word for it: The International Monetary Fund (IMF) and World Bank have both publicly warned the Fed not to hike rates even a quarter of a percent, as it could lead to a global meltdown. And that’s without even mentioning that GDP growth in the third quarter has come in below expectations.

If anything, it actually appears that the Fed may be more likely to move interest rates into negative territory, or maybe even launch another round of quantitative easing (QE).

If the Fed’s current track record is anything to go by, maybe we can even expect to see a combination of both in the coming months, especially as the economy continues to slow down and we move towards deflation.

Simply put, it’s clear that Janet Yellen has no master escape plan for our current predicament; this could very well be Houdini’s last trick before the lights go out on the current order of things.

This may be an additional reason why Senator Ted Cruz is telling Americans to protect their savings with gold. During these very uncertain economic times, it may be time to take his advice.

The Fed only has these two tools in its arsenal, but neither are helping the economy. Read more here.