As Kazakhstan marks its 38th month in a row of a gold buying spree, how will their continued actions affect gold? Find out here. 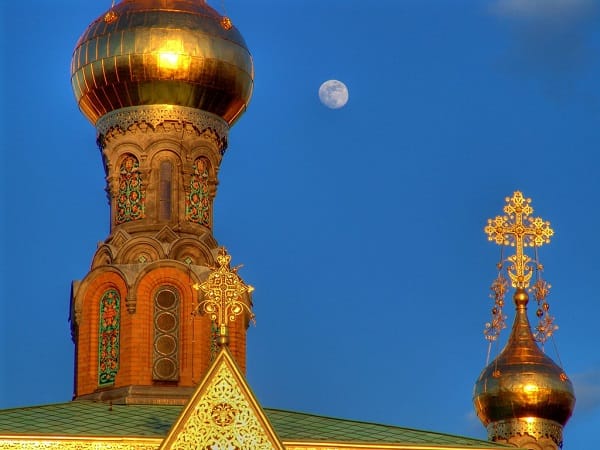 This week, Your News to Know is here with the most important news stories from the world of finance and the gold market. Stories include: Kazakhstan extends gold-buying spree along with Russia and Turkey, gold rises to $1080 as its rally continues, and a one-ounce gold coin is found in a Salvation Army kettle.

Kazakhstan extends its gold-buying spree, as do Russia and Turkey

Central banks continue being the most opportunistic buyers of gold bullion – as the metal fell 6.8% in anticipation of a Federal Reserve rates hike, International Monetary Fund (IMF) data showed that Kazakhstan increased its reserves to 7.03 million ounces in November, going from 6.96 million ounces that were reported in October. This marks the 38th month in a row that the country has bolstered its bullion reserves.

Likewise, Russia and Turkey also continued their gold-buying sprees with even larger acquisitions – Russia upgraded its holdings from 44.07 million ounces to 44.78 million ounces while Turkey went from 16.10 to 16.39 million.

In an email correspondence with Bloomberg, Barclays Plc analyst Feifei Li predicted that the central bank buying trend would continue, explaining that emerging market countries like Kazakhstan, Russia and China “have a long-term need to increase their reserves due to portfolio and strategic reasons.” While China doesn’t provide monthly updates on these transactions, it’s known that the People Bank of China (PBOC) increased its reserves by 5.1% from July to September.

Thanks to central banks and similar institutions, gold purchases in Q3 of 2015 rose to the second highest on record. In terms of highest allocation, Kazakhstan has 27% of its reserves in gold, Russia has 13% and China has 2%, although none of them come close to the U.S. and its 73%.

Gold continues its rally in the wake of the Fed’s decision to raise rates, as reported by Kenny Fisher of Market Pulse. The metal recently rose to $1080 an ounce, recovering from the temporary hit it took right after the rates hike.

Fisher also notes that gold’s strong performance stands in marked contrast to oil and major currencies. While the gold measured in U.S. dollars had little movement in the Asian session, it posted considerable gains in the European and North American ones.

The 0.25 basis point rates hike is considered to be a mostly psychological move and will likely end up having limited effect on the economy. With that said, Fisher made a point of commending the Fed’s strategy of letting the market know about the hike ahead of time. “This gave the markets ample time to price in a rate hike, and currency market volatility was not excessive after the US rate hike, the first in almost 10 years,” he said.

The .9999% pure Canadian coin emblazoned with the head of Queen Elizabeth II was worth $1,066 on Friday. Salvation Army coordinator Esther Corrales said that the donation will help provide food for families in need and said she hopes that the person who donated the coin will come forward.

This isn’t the first time that the organization’s branch in Arizona received such a donation. Last year, someone dropped a 91.7% gold South African Krugerrand coin in a local kettle – a few days later, volunteers discovered four gold teeth and fillings in a different kettle.

Before the Queen Elizabeth II coin, the most recent bullion donation happened on December 10 when a donor from Vinton, Iowa also provided a one-ounce gold coin.