Why the Media Is Desperately Hiding the Truth About the Economy 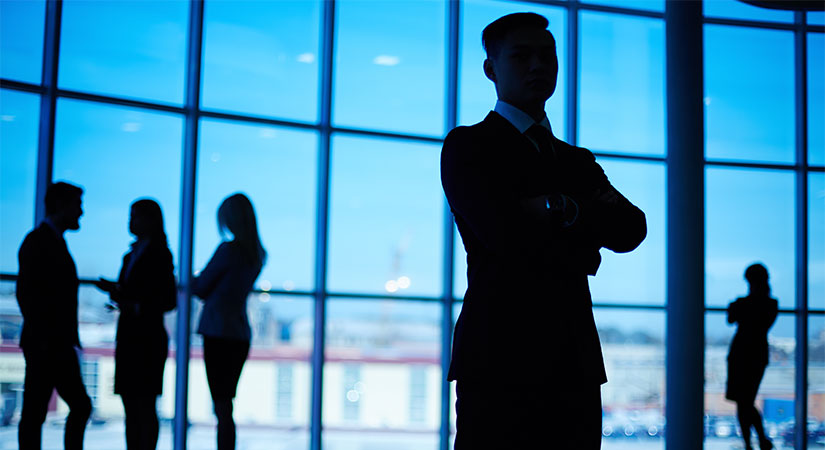 A classic sign of late-stage speculative bubbles is sentiment-based market action, instead of an approach based on fundamentals.

The problem is, the current sentiment portrayed by the mainstream media isn’t supported by technical fundamentals at all. Instead, media talking heads are grasping for so-called “good news” which inspires risky investor behavior.

The idea that the bad news has ended is a dangerous illusion to support with your savings (“The Fed will pivot, rates will drop, stocks will surge and inflation will go away – better buy now!”).

Here are two recent examples of how the illusion manifests itself, and how the market reacts to it, starting with Fed Chairman Powell’s remarks on December’s rate hikes.

Federal Reserve Chairman Jerome Powell confirmed Wednesday that smaller interest rate increases are likely ahead and could start in December. But he cautioned that monetary policy is likely to stay restrictive for some time until real signs of progress emerge on inflation. “We will stay the course until the job is done,” he said during a speech in Washington, D.C. at the Brookings Institution.

A smaller-than-expected rate hike was enough to send the Dow Jones up 700 points.

Let’s be clear – Powell announced a smaller than expected rate hike for now and told us that rates would continue to go up.

What did the markets hear? “Great news, interest rates aren’t going up as fast as we worried!”

Do we hear about that from the “reporters” at CNN?

Nope – all we hear is, “Good news from Chair Powell today, here’s how markets are reacting…”

The next example of deliberately misleading commentary is even worse.

How inflation created “the best Black Friday ever”

Black Friday, the biggest retail day of the year, is a bellwether for both consumer sentiment and spending. Reports of a new best-ever year, with sales up 12% year over year, sent the stock market into overdrive. Mainstream media headlines everywhere couldn’t help but celebrate these “record sales numbers.”

Remember, though – prices nationwide are up significantly compared to last year. See, these reports simply ignore inflation – they measure “number of dollars spent” rather than “value gained per dollar spent.”

What happens when we adjust for inflation? We see those all-time-high records are an illusion.

“Real” (inflation-adjusted) sales were down 5%.

Who’s talking about that?

No one! Because it doesn’t fit the mainstream media’s “Everything is hunky-dory, run right out and spend!” narrative.

It seems like today’s “good news” falls into one of two categories:

And this is what’s moving markets.

When we brush aside the “not so bad” news, and take a look at reality, the already-broken good news narrative is shattered beyond repair…

When we survey the macroeconomic landscape, what do we see?

The latest Producer Price Index (PPI) came in at 8%, virtually guaranteeing that prices on store shelves are going to keep rising.

The Consumer Price Index (CPI) is currently 7.7% (and has been over 5% every single month for over a year).

Remember, if the Fed follows through by shrinking the size of rate hikes, inflation will likely stay this high for quite a while.

What about stocks? Well, the  Shiller PE Ratio (price to earnings ratio) is about 50% overvalued when compared to the 140-year historical median (29.9 vs. 15.89). It’s also higher than it was during the 2008 financial crisis.

That means that, right now, investors are paying about $2 for every equity that’s historically been worth $1.

So what does that mean? Fund manager John Hussman says investors are insane to pay the price for stocks right now:

Presently, we expect negative average annual inflation-adjusted total returns for the S&P 500 over the coming 10-12 years, as we also projected in 2000.

Investors may be insane to pay that price, but the math is just math.

Once again, to summarize:

Sanity may not return to the markets for quite some time.

I can pound my keyboard all day long – and it doesn’t make much of a difference. At times like these, it’s a good idea to focus on what we can control.

Basing your financial future on something more stable than hope

It sure looks like most of the media and some investors are so desperate for good news, that they’re fooling themselves by looking at an illusion.

That means you should take a different approach, and ignore the media’s illusion. Instead, like most Americans, you probably want a properly diversified portfolio so you can grow your savings.

For example: If you’re wondering what to do until inflation eases, one suggestion to consider is parking some of your assets in a “safe haven.”

Unfortunately, a truly safe haven for your hard-earned retirement dollars is getting harder to find. As you just read above, stocks are overvalued, and once you adjust for inflation, aren’t very safe at all.

Even typically safe bonds aren’t always the best choice when adjusted for inflation. South Korean bonds are the highest yielding for developed foreign nations, but still don’t account for more than about half the rate of inflation (a paltry 3.67% APY looks like a guaranteed loss when set against 7.7% inflation, doesn’t it?)

Junk bonds are risky investments that “might” account for inflation, but are far from a sure bet. They’re called junk bonds for a reason!

So maybe now it’s time for you to consider physical precious metals like gold and silver to preserve your purchasing power?

Both have been relied on for centuries as safe haven investments, even during the worst times of economic turmoil.

Here are the answers to the question Why consider precious metals? And if you’re interested in learning how to diversify your savings in this time-tested manner, request free info kit to learn more.