Like Last Week, Gold Dropped in 2008. Then It Did This 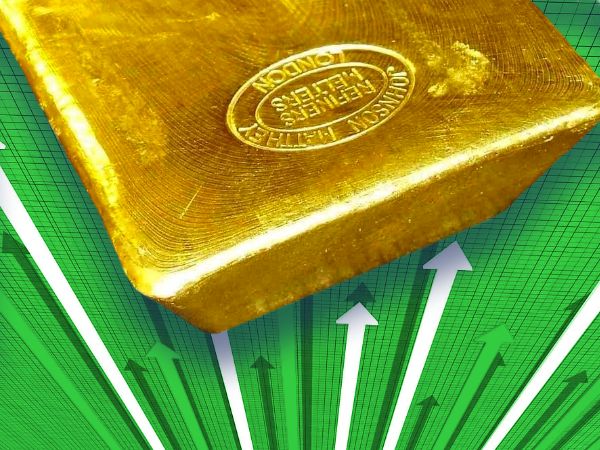 This week, Your News to Know rounds up the latest top stories involving gold and the overall economy. Stories include: Gold’s losses alongside stocks are an expected result of the coronavirus panic selloff, expert sees the virus as the last straw needed to push gold to $2,000, Goldman raises its gold price forecast as the pandemic takes its toll.

Although the selloff in the gold market brought some confusion last week, as the metal dropped more than 5%, various pundits have pointed out that tandem selling is to be expected in response to an overarching crisis. On a macro level, the metal moves counter to losses in the stock market due to its haven status, but is not immune to being affected by a broader selloff during times of peak panic.

Such was the case in 2008, when the global financial crisis initially affected even haven assets as investors rushed towards liquidity. Peter Spina, president and CEO of GoldSeek.com, points out that various other factors are pushing gold and silver down, including selling by large funds which recently made big moves into gold and the hit to industrial demand as the crisis spreads to the commodity and energy markets. The virus’s contagious nature also means that bullion transactions in China and India, two of the biggest gold buyers, have simmered.

But as Brien Lundin, editor of Gold Newsletter, notes, it doesn’t take long for investors to realize what’s coming in response to a crisis of this magnitude. In 2008, central banks around the world responded to the financial crisis with rate cuts, quantitative easing and increases in government spending.

Gold began climbing rapidly as central bank policies became looser and looser, eventually hitting its all-time high in 2011. Lundin expects much of the same this time around, predicting that the previously-soaring metal will continue moving up even quicker over the coming weeks and months.

Sprott CEO: Coronavirus will expedite gold’s gains and send the metal flying above $2,000

Like several other experts, Sprott CEO Peter Grosskopf believes that the coronavirus will be the catalyst to push gold to new highs. Yet instead of a panic-driven move into gold, Grosskopf said that the true boost will come as the coronavirus highlights and aggravates various problems in the global economy that were present long before the crisis began unfolding.

“What the coronavirus added [was] a shock to the economy. I would call it a straw that broke the camel’s back. Economies were already at best shuffling along with a lot of weakness in Europe and China, and this is going to just push things over the edge,” Grosskopf told Kitco.

As the CEO noted, central banks in China and Europe have already rolled out quantitative easing programs in response to the crisis-related weakening of local economies. Grosskopf thinks it’s a matter of when, not if, other central banks follow suit and turn their policies even looser.

This will further erode the confidence in assets and currencies, as many central banks were already deeply entrenched into quantitative easing in order to sustain their nations’ ballooning debt. Grosskopf points to the Federal Reserve’s recent pumping of liquidity into the economy in response to a spike in repo rates as just one example.

Having examined multiple charts, Grosskopf sees little in the way of gold’s move towards $1,800 and thinks that a push above $2,000 is the most likely scenario. Grosskopf is also optimistic regarding silver’s prospects, not just because of the much-awaited price catch-up with gold but also due to diminished supply as a result of economies slowing down.

Goldman Sachs’ team of analysts have once again raised their forecast for the yellow metal, citing not just the latest crisis but also various other drivers that have been pushing gold up over the previous months.

Despite last week’s selloff, the metal continues to trade near seven-year highs, and Goldman’s analysts expect the uptrend to continue without much delay. Having previously called for gold to hit $1,600 over the three-to-six month period, the bank now expects gold to reach $1,700 in three months and move on to $1,750 within six months.

Furthermore, the bank forecasts that gold will reach $1,800 over the next 12 months, adding that this level could be reached within the next three months if the coronavirus pandemic rolls over into Q2.

Besides the diminishing influence that the coronavirus has had on the global economy, the analysts also cited lower real rates and an increase in uncertainty as the U.S. election draws nearer as some of the reasons for their upgraded forecast. The team also noted gold is outperforming more and more havens, having recently beaten both the Japanese yen and the Swiss franc, adding that the metal is shaping up to become the only remaining safe harbor.