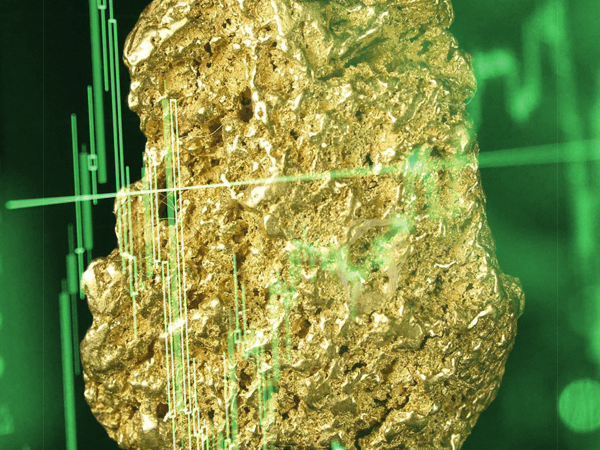 This week, Your News to Know brings you the latest news involving gold and the overall economy. Stories include: A massive comeback in gold could be right around the corner, the stock market is on its way to the biggest correction since February, and Iran’s gold demand hits four-year high ahead of U.S. sanctions.

Jim Cramer: Massive gold comeback could be right around the corner

In Tuesday’s episode of CNBC’s Mad Money, host Jim Cramer shared his view that a major breakthrough in the gold market could be near, reports Kitco. Cramer said that large speculators in gold are a good indicator of the metal’s direction and that, given the many short positions and the metal’s contrarian nature, we could soon see a spike in gold prices.

The latest trading report by the Commodity Futures Trading Commission (CFTC) showed that large speculators are the most bearish they have been on gold since December 2015. As Cramer pointed out, gold went on to post massive gains around the turn of 2016 despite negative sentiment. Carley Garner, a fellow analyst and co-founder of DeCarley Trading, agreed with the host and said that a move towards $1,200 could signal a reversal that would see gold treading back to $1,350 an ounce.

Besides bearishness in big money, Cramer listed other factors that could serve as further support for gold over the coming months. Spikes in inflation, rising rates and an exploding U.S. debt are all significant risks that could set the metal back on track before the year ends. To top it off, Cramer also noted that gold has yet to react to escalating tensions between the U.S. and some of its trading partners.

Cramer advised investors to buy gold instead of dumping stocks amid worrisome market conditions. With so many issues that could plunge various assets into turmoil, Cramer said that now is the ideal time to add gold to one’s portfolio.

Morgan Stanley: Stock market is heading towards the biggest correction since February

A recent note by Morgan Stanley’s team of equity strategists warned clients about over-exposure to stocks, especially tech stocks which soared until very recently. According to Kitco, the team says the equity market is approaching a correction that could be worse than the shake-up in February.

Then, the long-winning market saw its first major hitch in years as major stock indices experienced historic plunges. And while equities have seemingly returned to the upside, the analysts believe that another upset is coming.

Mike Wilson, the team’s leader, said that the selling has already begun and has left the year’s biggest winners in the red. The near-20% drop of Netflix and Facebook stocks from their recent peaks is a harbinger of things to come, said the team, as the market wakes up after being lulled into a false sense of security.

Should Morgan Stanley’s prediction come true, gold would likely be among the primary beneficiaries due to the metal’s status as a hedge and a safe-haven asset. Since the start of the year, the World Gold Council has echoed warnings from analysts that the stock market is overbought and ready for a correction, while underlining gold’s protective role in a portfolio. The WGC’s market report in January reminded investors that gold has withstood the test of time by never failing to offer sizeable returns in times of financial turmoil.

Iran’s gold demand at four-year high ahead of U.S. sanctions

As Iran braces for another round of economic sanctions imposed by the U.S., its citizens are wasting little time converting the nation’s deprecating currency to bullion, reports Bloomberg. The rial’s black-market exchange rate recently fell to an all-time low, hitting 112,000 per dollar as it became clear that the country’s energy and finance could soon be subdued.

Despite financial difficulties, Iranians are buying gold at an unprecedented rate, with the nation’s demand for physical gold hitting a four-year high days ahead of sanctions. For many Iranians, concerns over leadership and anxiety over the coming sanctions have placed the future of the country’s economy into question.

According to analysts, the flight to gold is a natural response to expected hardships and can only be expected to intensify as the situation worsens. Cagdas Kucukemiroglu, an analyst at research firm Metals Focus, said that demand will stay strong for the rest of the year with the potential to reach new heights.

“Demand for physical gold is very high and has been as the currency’s been weakening,” said Massoud Gholampour, an analyst at Novin Investment Bank in Tehran. “People want to invest in something that’s safe if they think that a crisis may be on the way.”