Make the Most of Today’s Pullback in Gold Prices, Says TD Securities 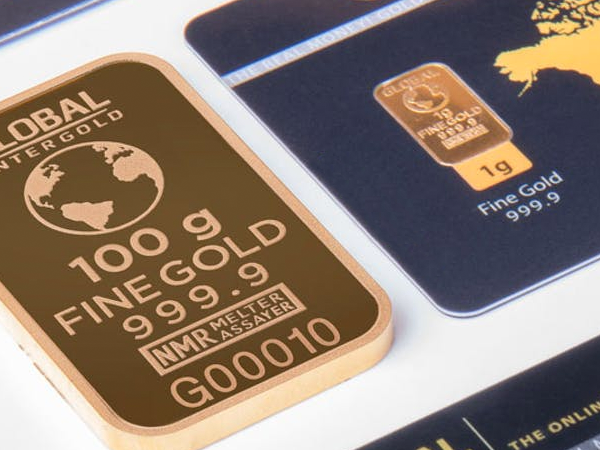 This week, Your News to Know rounds up the latest top stories involving gold and the overall economy. Stories include: TD Securities sees gold reaching $1,650 in 2020, a collapse of the stock market is brewing, and a rare British gold coin sells for $1 million.

In their latest report, TD Securities went over some of the things that investors can expect in 2020 and concluded that gold is facing an even better year ahead. 2019 was a standout year for the yellow metal, as prices rose to six-year highs amid countless drivers.

And while prices have somewhat pulled back in the fourth quarter, TD Securities’ strategists note that not much has changed in regards to gold’s outlook. The team pins the pullback largely on optimism surrounding a U.S.-China trade deal. However, trade tensions with China were just one of the many tailwinds pushing gold up, and there is still no guarantee that a satisfactory deal will be reached.

The Federal Reserve’s dovish turn and the mirroring action by the European Central Bank were cited by many as the key tailwind, and TD Securities expects central banks to continue along the same lines throughout next year. The team forecasts a minimum of two interest rate cuts by the Fed, together with a continuation of record-high physical buying from the official sector.

Past that, TD Securities sees 2020 as a year with uncertainty written all over it. Tensions between the U.S. and its other trading partners remain a conspicuous issue. Paired with the upcoming U.S. election, the whirlwind around Brexit and the weight of the trillion-dollar deficit, the firm believes that gold will have more than enough uncertainty to draw strength from.

With such a positive outlook, TD Securities’ analysts see price pullbacks as a buying signal on what looks to be a lengthy bullish run in the gold market and list $1,425 as the lowest possible support level. Eventually, the team predicts that gold will surpass this year’s highs and reach $1,650 sometime in 2020.

In an interview with TheStreet, Todd Horwitz, chief strategist of BubbaTrading.com, shared his view on why the stock market is doomed to collapse and catch unprepared investors off-guard. As Horwitz pointed out, the equity market appears to be stuck in a vicious cycle where easy money printed by central banks is being fueled into risk-on assets in search of returns.

To Horwitz, it’s clear that a market built on such shaky foundations can only go for so long before crumbling. This warning is especially prominent considering that the U.S. stock market’s current 11-year long bull run is the longest in its history. Horwitz is joined in his opinion by many other experts who have repeatedly stated that valuations in the equity market are overblown.

This situation is unlikely to improve as central banks around the world turn to more accommodative policies and re-introduce quantitative easing. Some have already attributed a part of gold’s exceptional performance this year to investors hedging their bets over valid fears that an equity correction is looming.

Horwitz has few qualms about calling today’s stock market a bubble, and the veteran analyst expects it to burst even faster as money printing and deficit spending escalate. While Horwitz thinks gold will continue doing well in the near-term, he is especially bullish on the metal’s prospects the longer one looks down the line.

To some, gold is an asset to be taken at face value, with bullion being the norm and its value always corresponding to the current spot market price. Yet most investors know that gold coins of limited or rare mintage have an exceedingly strong secondary market, where one coin can often be sold at over a thousand times its value in sheer metal content.

Although numismatists are well-known for their appreciation of rare mintages and the lengths to which they will go to acquire them, the value of certain historic gold coins can catch even experienced dealers and collectors off-guard. Such is the case of the recently-sold gold coin of British mintage dating back to 1703, which was created to commemorate Britain’s victory over Spain in the Battle of Vigo.

Back when the coin was minted, its market price was a modest five guineas. At the time of mintage, Britain was suffering from a gold shortage, so gold and silver were taken from a Spanish boat and turned into 20 coins with the likeness of Queen Anne on one side and a coat of arms on the other. According to Stephen Fenton, director of Baldwin’s Auctioneers, the firm that hosted the auction, only 16 of the Battle of Vigo coins are believed to remain in possession.

As Fenton explained, it didn’t take long for the coin to find its buyer for an astounding price of $1 million. Fenton noted that the coin’s previous owner held onto it for some years, and that news of the auction garnered immense interest as prospective buyers began lining up for a mere glimpse of the rare piece. Part of the reason why the coin fetched such a high price, said Fenton, was due to its near-pristine condition, with both the obverse and reverse clearly visible.

“We figured it would get a very high price like this because the market is so strong at the moment,” said the director, noting that the Vigo coins are especially popular among Spanish numismatists.