Home » Blog » Market Plunge Could Send Gold on Quite A Ride

Market Plunge Could Send Gold on Quite A Ride

With the recent rate hike, many signs point to a serious stock market correction. What will this mean for the future of the yellow metal? 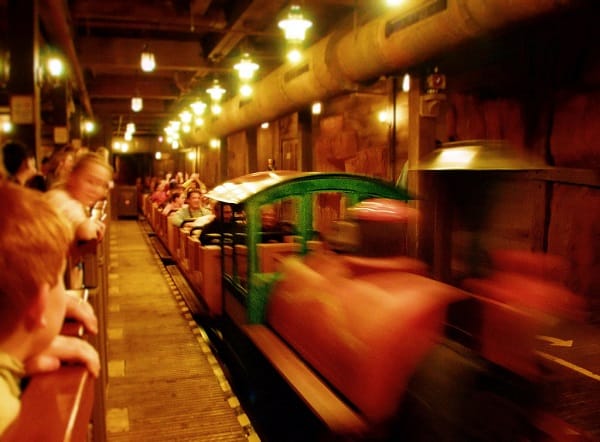 This week, Your News to Know rounds up the most important news about the gold market and the overall economy. Stories include: How a stock crash would send gold on a wild ride, Chinese gold demand in 2015 equal to 80% of global output, and Mideast tension is making gold prices pop.

While few investing analysts are focusing directly on gold in their predictions, another asset that’s being talked about could have a serious impact on precious metals prices: stocks.

With the recent rates hike, many are worrying that the “second-longest bull market” is nearing its end. All signs point to a violent stock market correction or crash: Weakening U.S. economic recovery, falling profit and revenue, valuations reminiscent of the dot-com bubble and so forth.

Not many are interested in making an exact prediction, but everyone seems to agree on one thing: A crash of some kind will happen. When it does, it could impact other markets in several ways. For example, “sinking while dragging everything around downdraft” is a possibility Peter Cooper of The National explores. Elliott Wave theorists generally agree that gold could go down a bit more, although not under $1,000 per ounce, as that’s when India’s central bank would likely start to buy it.

However, suggesting that a stock crash would send gold higher presents an even likelier scenario, Cooper argues. A flight to safety is a common response during such events and was what caused gold’s peak of over $1,900 in 2011. While such a high in 2016 is unlikely, a standard central bank response of money printing could renew interest in precious metals – gold and silver were, after all, the strongest-recovering asset classes in the Global Financial Crisis.

A resumption of the gold bull market from its four-year correction would bring the metal to the classic final ‘parabolic’ phase; the last time the cycle was completed this way in the late 1970s, gold’s prices rose eight-fold.

Chinese gold demand in 2015 equated to 80% of global output

The latest Shanghai Gold Exchange (SGE) withdrawal figures are in: By December 25, China withdrew 2,550 tons of gold on the Exchange. These numbers form a massive new record, with this year’s withdrawals exceeding 2013’s record numbers by 400 tons.

Many analysts and even China’s own central bank equate SGE withdrawals with national consumption. If this is correct, Chinese gold demand now equals 80% of global mining output.

Should demand hold up along with central bank purchases and Indian imports, Lawrence Williams believes we will need to bring another issue to consideration: Tightening supply and its effect on gold prices.

So far, mining decline has been kept in check because many of the miners draw their profits in local currencies – as the keener analysts are aware, gold is actually performing well in non-dollar terms. But a lack of capital expansion programs and new project developments will play their part eventually, and many older mines are bound to close in the near future.

The possibility of a supply squeeze becomes even more prominent when considering that the biggest gold stockpiles – U.S. and U.K. reserves and big gold electronically traded funds (ETFs) – are slowly declining. Combined, Williams feels these factors could have a positive impact on gold’s price by the end of 2016.

Geopolitical tensions and stock market concerns are making way for a small gold rally – Fortune Magazine reports the metal being up 1.9% on Monday off an earlier high.

“The main driver here is the tension between Saudi Arabia and Iran, and the escalating conflict between these two countries,” Commerzbank analyst Daniel Briesemann said. “Weak Chinese data, coupled with plunging stock markets, is probably also playing a role, but geopolitical tensions are the main thing here.” Briesemann is referring to Saudi Arabia cutting diplomatic ties with Iran, escalating the conflict between the two countries and making safe-haven assets more appealing to investors.

As for stocks, a 7% drop in Chinese shares on Monday dragged down stock markets worldwide, driving concerns over growth and urging investors to seek the safety of other assets.

These factors could alleviate some of the difficulties gold has had, with December’s interest rates hike being the most recent. “Gold was pretty hard hit over the course of last year,” Mitsubishi analyst Jonathan Butler said. “With index rebalancing probably taking place over the next couple of weeks, we may see some shifting of investment flows back into gold as an under-performing asset.”