Donald Trump recently warned Americans about a looming financial collapse. Could he be right, are we heading towards the next recession? 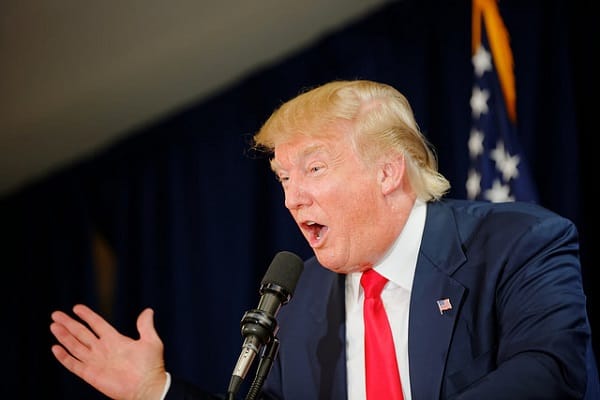 Now, Donald Trump has warned that there is a massive recession coming soon to an economy near you. Is he right?

As they say on Wall Street, the economy is growing until it’s not. Right now, the American economy is limping along, supported by a political Federal Reserve Bank of the United States who looks more impotent and corrupt as every day goes by. They maintain interest rates at artificially low levels, which may be creating a massive bubble. At some point, it will pop. We don’t know when that event will be; however, when it happens, we know it will be devastating.

It’s not just the Fed who is manipulating statistics and financial metrics. It’s the Labor Department as well. The stated unemployment rate of 5% is ridiculous. There are almost one hundred million people who have given up looking for a job and have left the labor force.

Here’s what Trump told Bob Woodward of the Washington Post:

“First of all, we’re not at 5 percent unemployment. We’re at a number that’s probably into the twenties, if you look at the real number. That was a number that was devised, statistically devised to make politicians — and in particular presidents — look good… And I wouldn’t be getting the kind of massive crowds that I’m getting if the number was a real number.”

In short, the American economy is being kept afloat by the massive printing of money and market manipulation as the Federal Reserve tries to avoid the consequences of our fiscal recklessness.

We owe $20 trillion dollars and the amount is growing in an unsustainable way. We can’t pay it back. We can’t stop borrowing. We can’t let the market set the real interest rate for American debt.

What is the price the market is willing to pay for loaning a profligate, developed economy so much money? We will never know because the Fed is controlling that number — not the bond market.

What would the real rate be? Five percent? Ten percent?

Each one percent rise in the interest rate for U.S. treasuries is several hundred billion of debt service cost each year.

Do the math: What if rates went up five percent? A trillion dollars in additional spending would be added to the federal budget for debt service, thus crowding out other spending for the military, entitlements, etc. Holy recession, Batman!

Yes, we are approaching the cliff. Trump is right. Our economy is not growing.

People are out of work and therefore not spending. We are being ripped off by our trading partners. Kids graduating from college can’t get a job. No one is willing to fix the problems so, yes — they keep kicking the can down the road for the next generation.

“I think we’re sitting on an economic bubble,” Trump told the Washington Post. “I’m pessimistic. Unless changes are made. Changes could be made.”

Maybe these changes WILL be made by the government, but do you really want to bet your money on that? That’s why it’s critical that YOU make the changes necessary to protect your savings.

One such way to do so is with gold. If you’re ready to start, or if you want more info on how to safeguard your savings with gold, request our free information kit here.

The dollar is currently facing several threats. Will they prove to much to handle for the greenback? Find out here.