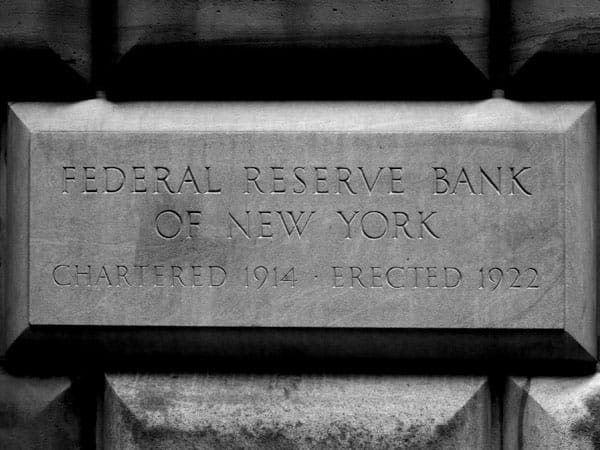 Average Americans normally don’t get too close a look at what happens behind the scenes at meetings of the Federal Reserve and its global central banking counterparts, such as the gathering that recently took place in Jackson Hole, Wyoming. They’re forced to rely on what the mainstream media tells them — but only little of that information will clue you in on what’s really going on. Thankfully, the truth never stays hidden for long. In the case of the Fed’s latest meeting, the clues are pointing toward a major shift in interest rate policy that could affect us all.

Keeping It “Off the Record”

One of the biggest oddities of this meeting of the world’s central banking elite is the way in which their time was spent. With only 48 short hours to discuss the global economy’s status, possibly the most dire in decades, it would make sense for attendees to utilize every second of the 2-day retreat.

Instead, each day’s sessions adjourned at 2:00pm…

Naturally, the time attendees spent during the majority of both days in “off the record” meetings is probably when most of the serious discussions took place.

While we can’t know what was said in these meetings, away from the prying eyes and ears of “pesky” journalists, we can make a probable assumption about the topics being addressed.

Judging from the public agenda, we can assume there’s one topic that likely took precedence over all the others, and that’s Negative Interest Rate Policy (NIRP).

We’re living in the midst of the greatest global financial experiment in history, with central banks manipulating rates in ways we’ve never seen before, and some even venturing into the uncharted territory of negative interest rates.

We know they’re using these tactics to stave off yet another major crisis, but what we don’t know is what happens when the strategy stops working.

Economists around the world continue to warn that these policies could easily be nothing more than band aids slapped over a gaping wound; they hide the damage each time we slap one on, but what’s festering underneath can only go untreated for so long.

Now it looks like the U.S. might want to jump on board the global bandwagon with its own box of band aids.

Fed chairwoman Janet Yellen has already made a complete reversal regarding the legality of the Federal Reserve implementing negative rates. Previously, she claimed the legal case for negative rates to be dubious; now she sees no problem with it!

Not coincidentally, negative rates were a hallmark topic at Jackson Hole. Perhaps U.S. Fed officials want to get some unfiltered opinions from other countries who’ve already been sucked into the negative rate wormhole?

The pieces are all fitting together, and the picture shows a clear path to the once unthinkable move toward negative rates. It appears as if Yellen and her colleagues are keeping their exploratory research as quiet as possible in an effort to avoid spooking the market, but the evidence is mounting against her.

For example, Ben Bernanke, ex-chairman of the Fed, recently hinted that negative rates may not be that drastic. CNBC reports his comments:

The man who led the U.S. central bank immediately before Janet Yellen doesn’t believe his former colleagues should rush to that kind of ultra-aggressive policy stance.

But of all the options the Fed has for stimulus, going to negative rates may not be as drastic as it seems, Bernanke said in a blog post this week.

“It would be extremely helpful if central banks could count on other policymakers, particularly fiscal policymakers, to take on some of the burden of stabilizing the economy during the next recession,” Bernanke said, writing in his position as a consultant to the Brookings Institution think tank.

Time will tell if what we’re witnessing is truly a move toward negative rates, but it could be smart to assume the worst. If the Fed does act in favor of negative rates, the case for gold will only grow stronger. However, Americans shouldn’t wait for the next shoe to drop before using it to secure their savings.