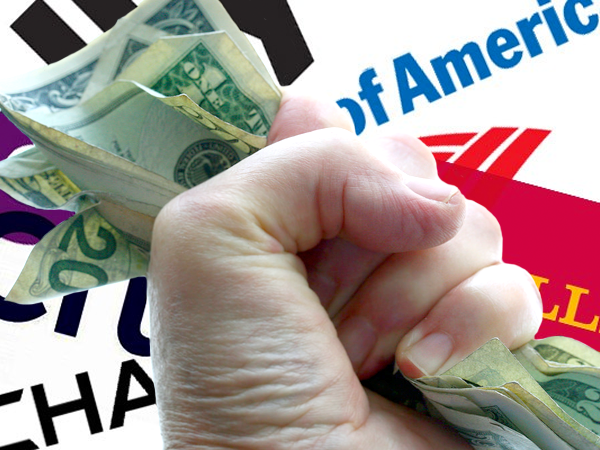 Big banks are pushing Congress to roll back post-2008 regulations, claiming the new rules hamper their ability to lend. But closer investigation reveals greed is the true culprit, giving Americans yet another reason to be wary of banks and seek alternative stores of wealth.

Here’s what you need to know…

The regulations that big banks are griping about relate to reserve requirements, i.e. how much capital banks are required to keep on-hand in relation to the money they lend out. Essentially, the regulations are intended to keep banks from going underwater in the event of a major crisis, where a large number of their loans go bad.

These reserve requirements are a hallmark component of the Dodd-Frank Wall Street reforms that came in the wake of our last major crisis, and abolishing them would arguably give back the same rope banks used to hang themselves (and the rest of us) 10 years ago.

Banks claim that’s far from the case, and that their intentions are pure. But as FDIC Vice Chairman Thomas Hoenig reveals, these regulations have little to do with banks’ ability to lend.

Hoenig is no stranger to the regulatory landscape. He served as a high-ranking Fed official from 1991 through 2011, during the height of our last major crisis. He knows the mechanisms behind these regulations well, and he isn’t about to let big banks twist the truth.

So when Hoenig testified before Congress in August, he pointed out the real reason why big banks are paring down their lending: The top 10 U.S. banks are blowing over 100% of their earnings on share buybacks and dividends.

See, for years after our last crisis, banks were prohibited from this kind of activity. But now, they can legally do any of these three things with their earnings:

As you can probably guess, the first two options are far more profitable for banks than the third. Therein lies the real motivation for banks to hound Congress for deregulation. According to Reuters:

Big banks say tight U.S. financial regulation forces them to sit on capital and not put money to work by making loans, but in truth they choose to distribute all of their earnings to investors instead of lending them, a long-time regulator said in a letter to two powerful senators released on Wednesday.

Federal Deposit Insurance Corporation Vice Chairman Thomas Hoenig, frequently a Wall Street gadfly, has long said the biggest banks should be required to set aside more capital so they can weather a crisis without devastating the financial system.

In the first quarter of 2017 alone, if banks would have retained their earnings instead of dumping them into dividends and buybacks, they could have increased lending by $1 trillion. Banks chose NOT to retain those earnings, therefore they didn’t lend as much as they could have.

As we learned back in 2008, mega-bank greed isn’t a victimless offense…

Average savers are the ones who get the short end of the stick here. And the reasons why are simple…

First and foremost, banks are taking consumers’ money, paying next to nothing back in interest, and then leveraging that capital to turn a shady profit. That by itself gives savers a good reason to start storing their wealth elsewhere.

On top of that, banks will eventually be unable to keep propping up their stock prices. The number of shares they can buy back with earnings is limited. That means they could be setting themselves up for a big fall in the long run… a fall that could shake the entire system. And while big bankers have little to worry about themselves, it could put savers at serious risk.

But there is something savers can do to circumvent the crooked activities, and accompanying risks, in the banking industry today: they can invest in physical precious metals.

Physical precious metals offer a vehicle for storing wealth that cannot be manipulated by banks (or anyone else for that matter). Metals can never be artificially propped up or debased, and their value can never be put in jeopardy by greed or incompetence. Most importantly, nobody but you controls how your wealth is used or handled when it’s stored in precious metals.

Big bankers want to use your money to line their pockets, while you shoulder all the risk. For anyone who wants to opt out of their plan, securing a stake in physical precious metals would be a prudent move.