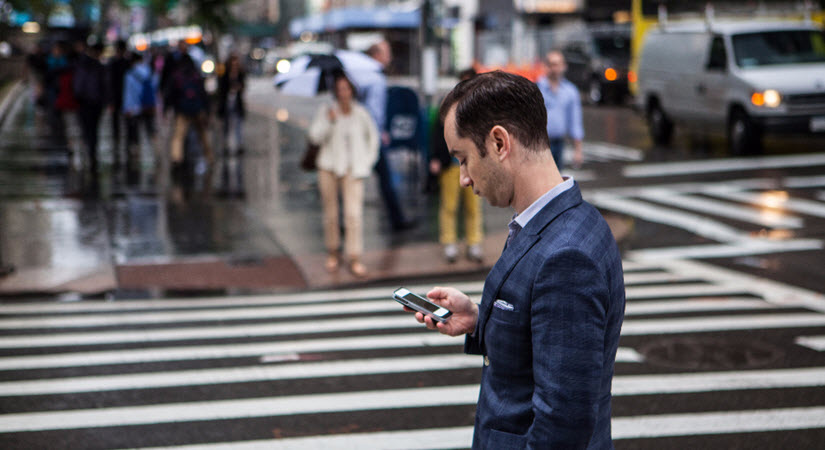 During my career, I’ve watched three speculative financial bubbles inflate, and two of them pop (the dot-com bubble, the 2007-08 housing bobble and today’s Everything Bubble).

These bouts of “irrational exuberance,” to use Robert Shiller’s trenchant description, are remarkably similar. They follow well-established patterns. Yet somehow people delude themselves with what Sir John Templeton called “the four most costly words in the annals of investing.”

“This time is different.”

Economic scholars Carmen M. Reinhart & Kenneth S. Rogoff used those four words as the title of their award-winning book, which includes the warning:

More money has been lost because of four words than at the point of a gun. Those words are this time is different.

Today I want to remind everyone that this time is never different. Technology, culture and fashion change over the years, but human nature doesn’t. In 1852,Charles Mackay described speculative investment bubbles that inflated and collapsed during both the 1600s and 1700s which followed the same well-established patterns as they do today.

I’ve written about the meme stock craze before. You’d think, between the 90% collapse of the NFT marketplace, a Federal Reserve determined to cool the economy and a 30% plunge in home sales, that meme stock mania would’ve ended by now. Wouldn’t you?

Stock markets were invented to let people finance productive businesses and share in the profits. You and 100 other people give a railroad company some money to build tracks, it builds tracks, it runs trains, it makes money, it pays you all a nice 7% dividend out of the money it makes.

In roughly 2021 the pendulum swung back again. Now the way you invest in stocks is by guessing which stocks other people will want to buy, math and financial statements are worthless…

According to legendary investor Benjamin Graham, Levine’s first paragraph refers to “investing” behavior, and his second refers to “speculation.”

The key difference between investor and speculator?

Investors tend to buy assets based on their long-term value, and hold them for a long time.

Speculators tend to buy assets based on sentiment, and hold them briefly (hours or days).

When an asset, or an entire financial market, is priced based on sentiment rather than the actual value of the asset(s) in question, you know you’re in bubble territory.

AMC enjoyed an incredible 400% gain in stock price from May to June 2021. Keep in mind this is a movie theater chain that bought a mining company and gives shareholders their very own NFT. This week, AMC released a second share class under the ticker symbol APE. (Why APE? Die-hard AMC “to the moon” fans call themselves “apes.”)

Did AMC buy a mining company and start giving away NFTs and create a new share class because these are sound financial decisions?

Today’s stock market, exemplified by this AMC example, is the business of turning attention into cash. It’s not about building a sustainable, long-term business to deliver profits to shareholders over decades. It’s about getting into the headlines by enacting silly stunts like AMC has since the beginning of the Everything Bubble.

So how is this “turning attention into cash” business model working out? Well, AMC stock is down 79% over the last 12 months. That pretty much answers the question. (Maybe the free NFTs they hand out make speculators feel better about losing…)

AMC is far from the only recent example of today’s meme stock mania.

You could look at AMC’s hijinx above and give them the benefit of the doubt. But this next case treads perilously close to outright market manipulation…

Bed Bath and Beyond (belief)

Bed Bath and Beyond has had its share of financial troubles, including having its Standard and Poor’s credit rating dropped and lacking sales.

But sometime in late 2020 manic investing behavior ensued, the Bed Bath and Beyond (BBBY) stock price doubled, and billions of dollars in capital changed hands.

Once again, it’s important to note that nothing fundamental about the company improved. Revenues or profits didn’t rise. It seems like the entire value of BBBY was based on the attention it was getting from retail investors.

The $675 million of senior unsecured 30-year bonds that meme-stock darling Bed Bath & Beyond issued in 2014, and that are due in 2044, with a coupon interest of 5.165%, collapsed to a new closing low of 15.8 cents on the dollar today, with some trades being below 15 cents, after having plunged all last week from the meme-stock inspired dead-cat bounce.

Why does this matter? Because individual corporate bonds don’t typically trade directly with the retail public. The sheer disparity in outlooks between the meme-stock maniacs and professional bond traders implied that one side or the other was completely wrong.

Guess which side was wrong?

Then Bed Bath and Beyond’s stock price “collapsed 69% in four days” on news the company is considering filing for bankruptcy – something not even the most ardent meme-stock maniac wants to hear. They’ve fallen up to 90 days behind on payments to vendors.

So where did all this enthusiasm come from? Bed Bath and Beyond’s stock price activity from August 11-22 looks like a classic “pump and dump” scheme.

And you know what? It might have been! Turns out that Ryan Cohen, one of the original big-name meme stock influencers, bought low and sold high:

SEC filings show that RC Ventures dumped the shares on August 16 and 17 at prices ranging from $18.68 to $29.21, cashing out a profit of $69 million, while the meme-stock traders that hung on to their shares or bought the falling knives got carried out on stretchers.

So any investor who got caught up in the short-term hype surrounding Bed Bath and Beyond, ignored the bad news and the fundamentals, and didn’t’ sell before Cohen did? Not a single one of them expected they’d be the one left holding the bag – and now they’re getting “carried out on stretchers.”

Getting caught up in media frenzies like “Wall Street Bets” and other manic “meme stock investing” activities comes with a lot of risk. Before you know it, you could flush a ton of cash down the toilet.

There’s only one “free lunch” in investing

One good way to avoid any investing “mousetrap” is to stick to fundamentals like company financials and historical performance. But that’s a very time-intensive and nuanced process, and it requires special knowledge – and even if you’re very thorough in your research, you can still pick a dud. Would you be better off following the meme stock mania?

…probably not. Wolf Richter maintains a list of imploded stocks including failing SPACs and fallen meme-stock darlings (the list is nine pages long).

It’s never a bad idea to do your own research and understand what you’re buying. Unless you’re a financial professional, that can be a daunting task. Each and every one of us is responsible for our own financial security. That’s both a blessing and a curse. Personal responsibility means you and your family are on the hook for any mistakes you make. On the other hand, it means you can blaze your own path through the financial market jungle.

Simplicity is one of the many considerations that attracts everyday Americans of all income levels to diversifying their long-term savings with physical precious metals. You don’t need to read years and years of 10-Ks or financial reports, attend shareholder meetings and cast votes. Knowing that a portion of your savings is immune to meme stock mania and stock market bubbles can be a huge relief. And a huge comfort during uncertain economic times.