Home » Blog » The Middle East Conflict Deeply Intensifies – What Will This Mean for Global Markets?

The Middle East Conflict Deeply Intensifies – What Will This Mean for Global Markets?

As the Middle East conflict continues to intensify, how will the deepening conflict affect worldwide markets and your savings? 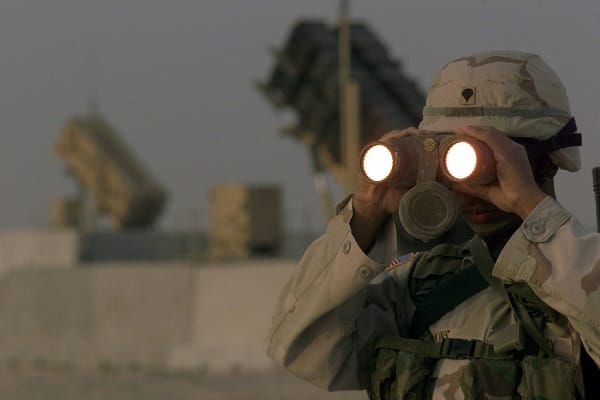 In the last few weeks, the geopolitical heat has turned up, especially in the Middle East. At the very least, the developments we have seen — such as the Turks shooting down a Russian jet fighter and the murders in Paris by terrorists from the Islamic State — have exponentially increased the chances of a global conflict on a scale not seen since early in the twentieth century.

The one thing financial markets despise is uncertainty. The scenario unfolding in the Middle East, not to mention the South China Sea, will deliver uncertainty in spades. The clouds are darkening and the drums of war are beating.

First, we have almost all of the great world powers deploying military force (and using military force) in a very small area. The Levant and the Fertile Crescent of Iraq now contain military forces of Iran, Russia, Iraq, France, United States, Turkey, Syria, Hezbollah, Egypt, and Jordan, all attempting to fight the Islamic State in Iraq and Syria.

If that is not a recipe for an accidental global conflict, I don’t know what is.

In spite of all this military pressure, ISIS has continued to wreak havoc around the world, downing a Russian airliner and killing over 200 people, murdering over a hundred innocents in Paris, and blowing up suicide bombs at various points around the globe.

This means that the current Western and Russian strategy to defeat this terrorist army is not working. There will therefore be greater military pressure to bear, which increases the possibility of another “accident” like the Russian jet bombing.

The United States has most likely had special forces in-theater for months now, in an attempt to change the facts on the ground. It hasn’t worked. ISIS is expanding. Now NATO and the EU may get involved as Germany and the United Kingdom are rustling sabers and suggesting they will soon send token forces to the region.

Markets really don’t like war. As in the book, The Fourth Turning, we are seeing our societal fabric divided and ripped apart by social and ideological unrest.

The Middle Eastern conflict is an example of this on steroids. We are in the midst of a great change and no one can see with clarity where the end game will end up.

The situation with China threatening one of the world’s major sea lanes is another tempest in the tea pot, with the possibility of global conflict between the world’s two largest economies and armed forces.

Again, financial markets won’t like what could be coming down the pike. When you combine this geopolitical scenario with the immense, unsustainable debt levels of the West and China, you can easily make the case for a nasty global crisis, at a level unseen in human history.

Investors and savers should protect themselves. Markets tend to experience unease during uncertain geopolitical phases.

You need to take control and ensure that you and your family are guarded from such events. Precious metals are a perfect option for those looking to hedge against any domestic or global financial devastation. When you are ready to start moving a part of your savings into precious metals, we will be here.

The dollar just received another major devastating blow. China’s currency has finally been included in the IMF’s basket of reserve currencies. Read all about it here.