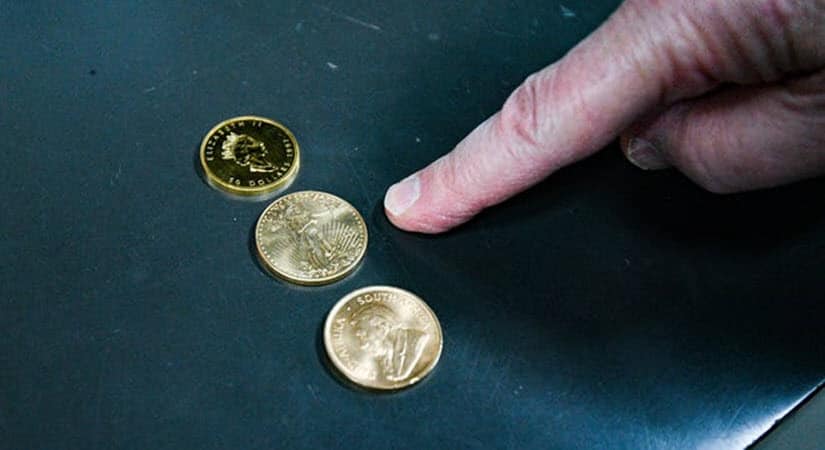 This week, Your News to Know rounds up the latest top stories involving gold and the overall economy. Stories include: How the expansion of money supply is boosting gold’s allure, an overview of last year’s precious metals imports to the U.S., and U.S. Mint releases final batch of American Gold Eagle coins with current design.

The multi-trillion dollar stimulus appears to have achieved the desired effect, at least in the short term. The influx of freshly-printed, free floating money encouraged risk-on sentiment, increased bond yields and caused money managers to once again turn away from gold.

Yet, as Forbes columnist Frank Holmes points out, the pressures coming down on gold right now could turn out to be its most powerful tailwind further down the line.

According to the Forbes article, M1 (the amount of readily-available or liquid money in circulation) should be approached the same as any other asset class. This is usually the case; many investors treat cash as a part of their portfolios. Therefore, the law of supply and demand should also be applied to cash. In light of the recent monetary expansion, cash quickly starts to look overabundant in the economy.

Holmes notes that M1 has expanded by 355% year-on-year, marking the highest annual rate increase on record by a wide margin. Unsurprisingly, inflation expectations for the next five years based on the Treasury breakeven rate have risen to their highest level since 2011, when gold posted its previous all-time high. Today’s gold price may be some ways off from August’s peak of $2,070, but there are plenty of analysts calling for a retrace this year, and Holmes thinks inflation could kickstart the next round of gold price gains.

Although currency depreciation and price appreciation take a while to show even after bouts of massive stimulus, Holmes is already noticing red flags. Through The Institute of Supply Management (ISM) and its ISM Prices Index, businesses across the board are reporting that prices of raw materials have risen for the ninth straight month, and that has already begun to translate to the consumer end. The index sat at 86.0 in February, the highest figure since July 2008 and one that points to rapidly-accelerating inflation.

From Michelin North America to food companies like Cheerios, Yoplait and Blue Buffalo, businesses are either already reassessing product prices or have simply announced an increase. That money printing has demonstrably given way to currency debasement for nearly a year now does not bode well for the U.S. dollar, but it certainly does for gold’s long-term prospects.

It was clear that gold and silver bullion were going to be the top imports into the U.S. from early 2020 as uncertainty peaked and international trade reached a crawl. Now, data compiled by USA Today, as well as testimonials by bullion sellers and buyers, offers more information regarding the scope and motivation behind the purchases.

The $55 billion of precious metals that poured into the country was the highest import figure in 19 years and double that of 2019. Switzerland’s shift of exports to the U.S. from its usual top consumers in the form of China, India and Turkey has been a major talking point. As the latter nations’ jewelry production dwindled amid the crisis, investment demand for bullion in the U.S. soared.

Various American retailers report that demand for top bullion coins like American Eagles and Canadian Maple Leaves skyrocketed early last year and has not slowed down since. One coin shop owner says that daily phone inquiries regarding gold and silver coins went up from 100 to 200 calls to around 1,000. Precious metals retail stores noticed a trend where regular buyers have taken to purchasing greater amounts.

The motivations are as varied as the customers themselves. Part of the buyers represents an older demographic that simply wanted to have an asset of guaranteed value, especially at the height of the crisis. Yet younger buyers have also joined the physical precious metals market, often with incremental purchases of one-ounce gold and silver coins. These buyers, like portfolio managers and experienced investors, have taken a hard look at the state of the economy, along with the true strength of the stock market and the greenback.

The U.S. Mint has put up their final set of “old design” American Gold Eagle coins

On Thursday, the U.S. Mint announced that it would be placing its final batch of American Eagle Gold Proof Coins with the current design on sale on March 11. The sale commemorates a departure from a design that has stuck around for 35 years, featuring Augustus Saint-Gaudens’ Lady of Liberty on the obverse and a family of eagles on the reverse. 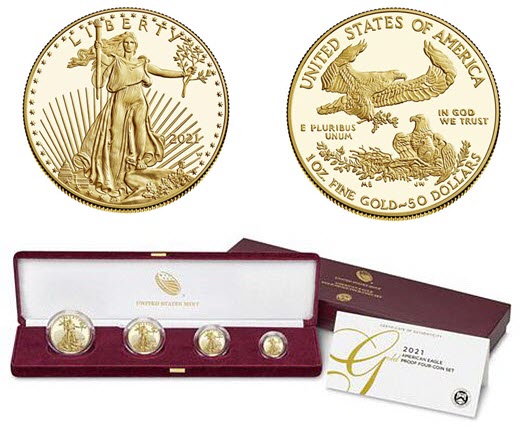 After more than three decades of the American Eagle Coin Program, this is the final version of the gold proof four-coin set with its original “Family of Eagles” reverse (tails) design.

The sale will consist of five different packages of the iconic coins: 4,500 one-ounce coins, 1,600 half-ounce coins, 2,700 quarter-ounce coins, 8,000 one-tenth ounce coins and 8,200 sets of four one-ounce coins. The Mint said that pre-orders have not been made available to ensure access to the public, and that there will be a limit of a one order for an individual household in the first 24 hours of the sale.

All of the coins will be shipped inside a decorative presentation case housed in an adorned outer box.

The Mint also said that the much-expected designs of new American Eagle gold and silver reverse designs will be revealed this summer as part of an accompanying sale. While the designs themselves are still mysterious, the Mint previously stated that the new series of coins will feature multiple improvements to the anti-counterfeiting measures already in place.