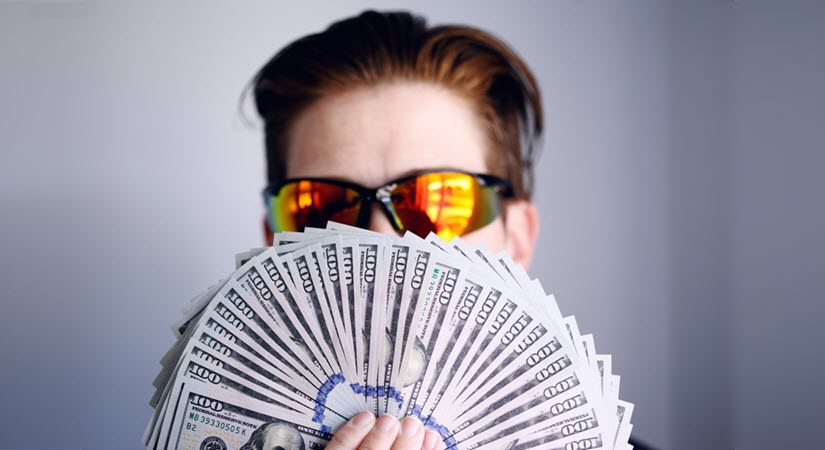 The Federal Reserve has targeted a 2% inflation rate for years, as though it’s a holy grail. As though 2% inflation was an economic panacea that would perfectly balance employment, business investment and bank lending.

Recently, the Fed has loosened the reins on inflation and let it charge ahead. Quite a bit – two consecutive months over 5%, two and a half times their self-imposed target.

For many, the big question is whether this is (to use Chairman Powell’s much-maligned phrase) “merely transitory,” a “blip” caused by supply-chain disruptions and post-pandemic recovery that’ll work itself out soon…

Or whether this is more akin to Carter-era inflation. The kind that shows up unannounced like college acquaintance, invites itself in and makes itself at home on your sofa. Finds the remote, turns on a game, and settles in for the long haul.

There’s no crystal ball. Instead, we have the bond market (it’s the next-best thing), which has consistently predicted long-term inflation rates of 2% or less for the last 20 months.

Is this proxy for a crystal ball cracked? Possibly. Many analysts point to the Federal Reserve’s insatiable demand for Treasury bonds, claiming that distorts the bond market and its signals beyond human interpretation.

Some voices have given up on condemning inflation, and instead have chosen to welcome it.

Here’s a rather hilarious “explainer” on the economic benefits of inflation. The best part:

Rising prices make it easier for companies to put up wages. They also give employers the flexibility not to increase wages by as much as inflation, but still offer their staff some sort of raise. In a world of zero inflation some companies might be forced to cut wages.

See? Inflation is good, because it makes your employer pay you more! And if there was no inflation, your employer might have to lower your pay… Wait, that second part doesn’t make sense. Why would a zero-inflation world somehow rob companies of money?

In fact, that first part doesn’t make sense either. At least, not in the context of June of this year, during which American workers took home 3.6% more pay, but paid 5.6% more in expenses.

But paychecks went up, that’s great!

Sure they did, Now do the math: an extra $70 per month doesn’t quite balance out an additional $175 in expenses.

Regardless of its causes, no matter how long it lasts, inflation is a tax that no one voted for, and everyone pays.

Ask the average person whether more money is better and they’ll always say, “Well, sure.”

Let’s do a thought experiment, like David Hume did back in the 1700s. Imagine that, tonight, the Federal Reserve fairy magically visits every single bank account in America and doubles its balance. Each bill in your wallet, each coin in your pocket, also magically doubled.

Are you twice as rich?

Well, no, you aren’t. Even though the supply of money has doubled, the quantity of goods and services available has remained the same. Functionally, twice as much money would now be trying to acquire the same amount of goods. Prices would, roughly, double.

Printing more money doesn’t just make more money. Every new dollar in circulation dilutes the spending power of every other dollar. Double the money supply and boom! Each dollar is now worth half as much. That’s not all, though…

Remember the U.S. balance sheet? Were the Fed to suddenly double the money supply, every dollar would have half as much backing by the full faith and credit of the U.S. government.

With no constraints on its ability to print more money, the most logical course the Federal Reserve and the Treasury could follow would be to create an infinity of dollars and use these new, still-damp-from-the-printer, virtually-worthless dollars to pay off all America’s debts.

That’s an actual strategy that was pursued multiple times in history by governments that, not long after, ceased to exist.

There are two types of assets that provide some sort of inflation protection:

The only problem with the first type is the “indexed to inflation” bit. The Federal Reserve’s preferred measure of inflation (the one Wolf Richter calls the “lowest lowball inflation measure”) is notoriously faulty. If the Fed still used the same inflation methodology employed in 1980, today’s inflation rate would be over 13%. An “inflation-indexed” bond paying a 5% yield in a 13% inflation environment? No, thank you.

That brings us to commodities, an incredibly broad range of goods including crude oil, lumber, coal and precious metals. They tend to hold value better because they possess intrinsic value. You don’t buy coal based on a discounted cash flow model. You buy it because you’re going to use it.

The downfall of most commodities? They’re volatile, highly sensitive to economic conditions. Basic materials like iron, crude oil and copper rise in price when the economy’s hot, and collapse when it’s not.

Gold, almost uniquely, tends to do the opposite.

A lot of the price changes we see are caused not by the gold market, but by fluctuations in the dollar.

But, in both these cases, it’s not exactly the price of gold that’s changing. Instead, it’s the size of the chosen measuring stick (the U.S. dollar) which expands and contracts. A 5% increase in inflation results in a 5% apparent rise in gold’s price, excluding all other economic factors.

That’s a difficult concept for many to grasp. Just as hard as the concept that more money does not mean more wealth. “Money” is just a concept, a unit of account, a measuring stick. “Wealth” is what that money can actually do, can buy.

Hopefully this discussion helps you understand the difference between money and wealth, between dollars and gold. If you’re interested in diversifying your savings with physical precious metals, we can help.