There’s More to Gold’s Performance Than Meets the Eye 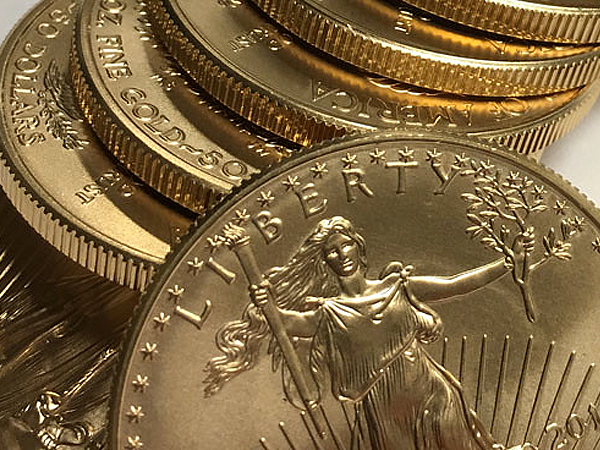 This week, Your News to Know rounds up the latest news involving precious metals and the overall economy. Stories include: Gold bulls look beyond Fed as growth slows and recession fears rise, the global economy is setting the stage for gold fever, and gold’s next mission is revisiting resistance at $1,700 an ounce.

According to various analysts, there is more to gold’s exceptional performance than the recent change in Federal Reserve policy. The metal’s trajectory remained mostly unchanged before and after the board cut rates in July for the first time since 2008, suggesting that investors have other motives to keep the metal above six-year highs, reports Newsmax.

The Fed’s dovish shift was accompanied by similar policy changes and growth forecast slashes by other major central banks, such as the European Central Bank. Even the International Monetary Fund recently further downgraded its global growth outlook, which now sits well below levels last seen during the financial crisis.

A Fed Bank of New York gauge places the risk of a U.S. recession at its highest mark since 2008, and Lakshman Achuthan, co-founder of the Economic Cycle Research Institute, believes there is good reason for it. Achuthan and his company think that the global economy faces a cyclical downturn in industrial growth, one that is bound to continue for some time. This notion is supported by disappointing factory reports from major producers like Germany and France, as well as fading exports from countries like China and Singapore. Achuthan’s comments fall in line with those of billionaire investor Ray Dalio, who recently spoke about an upcoming paradigm shift in the global economy that will greatly benefit gold and other precious metals.

The Global Economy is Setting the Stage For a Gold Fever

The Federal Reserve’s 25-basis-point rate cut and Jerome Powell’s openness towards more easing left some investors worrying that the central bank’s policies could form bubbles across assets, a warning voiced by the CEO of UBS Group Sergio Ermotti in a recent interview.

As per a top strategist at Societe Generale SA, riding the bull wave in the gold market until 2020 is the best way to brace for the coming storm. By then, a debased U.S. dollar and a domestic recession will have set the stage for gold as the ultimate hedge, said Alain Bokobza, the bank’s head of global asset allocation.

According to a recent Bloomberg article, Bokobza, whose team ranked first among multi-asset strategists in the 2019 Extel survey, said that gold has historically soared whenever bubbles formed in other asset classes. Gold-favoring sentiment has grown since global central banks started hinting towards loose monetary policies and is being spurred by a record global debt of nearly $14 trillion which places both government bonds and fiat currencies on shaky grounds.

Bokobza and his team expect the dollar to keep weakening through next year, when trade wars and a slump in corporate growth will finally spark a U.S. recession. Bokobza’s bullish outlook on gold is shared by fellow analysts, as a recent HSBC study reaffirmed the metal as one of the few reliably uncorrelated assets. Kevin Smith, chief investment officer at Crescat, said in a letter to investors that gold remains one of the few shields against loose policies, asset bubbles and record debt, adding that precious metals are incredibly undervalued. Smith also believes that investors are growing increasingly cautious when it comes to placing their faith in currencies.

“A new awareness of global fiat currency debasement polices is now in its early stages,” he explained. “Gold should become a core asset for those who believe in this macro development.”

Gold’s Next Mission: Revisiting Resistance at $1,700 An Ounce

The latest commodities report by Bloomberg Intelligence placed a special emphasis on gold, with BI’s senior commodity strategist Mike McGlone noting that the metal has one of the strongest foundations out of all the examined assets, reports Kitco.

McGlone said that gold prices should continue moving up, with the Fed’s continued easing acting as just one of the metal’s tailwinds. McGlone took note of hedge funds’ net-long positions, arguing that they are indicative of a bull run that could soon have the metal revisiting resistance at $1,700 an ounce.

Aside from a highly-volatile stock market and a reversion-prone dollar, the rapid decline in global bond yields will be another factor driving gold forward, potentially followed by the steady downfall of the 10-year Treasury. Trade tensions are also likely to keep pushing the metal higher, as gold prices jumped immediately after the announcement that President Trump is planning to place an additional 10% tariff on $300 billion of Chinese goods.

McGlone compared gold’s trajectory to that of 2001, stating that the metal currently sits on similar grounds. Back then, the Fed began an easing cycle that ushered in what McGlone refers to as the greatest bull market of this millennium so far in gold.